India’s professional landscape has changed drastically in the last two decades due in part to the technology boom, the film industry, and tourism. Though the decision-making process for many businesses has sped up, traditional in-person meetings, networking events, and taking the time to develop relationships continue to boast higher levels of success.

Doing business in India now, or planning to in the near future? Consider this…

India has a long history with an intermingling of various dynamic cultures. Nowadays, India’s economic growth has produced the fastest and most significant socioeconomic changes to their traditions. However, they still retain their conservative values, and these are different from standards in the United States. You must prepare for these cultural and social differences before pursuing business relationships in India.

One final consideration when traveling on business in India is the vast poverty within the country. It is important that you do not make eye contact with or give money to beggars, as you could quickly become inundated with them. When traveling through busy areas or near temples, make sure to keep your hands in your pocket; it is commonplace for someone to grab an individual’s free hand and place a bracelet on the arm, expecting payment in return. If you are making a purchase at a market, often your money will be taken and change placed in your hand, without your knowing the actual price or how the vendor came to decide how much change you would receive; if leave your hand outstretched long enough, the vendor will give you more change. And lastly, make sure that you have change on you at all time; often merchants and taxi drivers will claim to not have any. 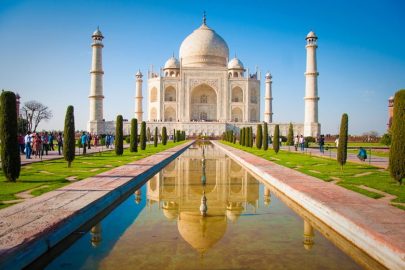