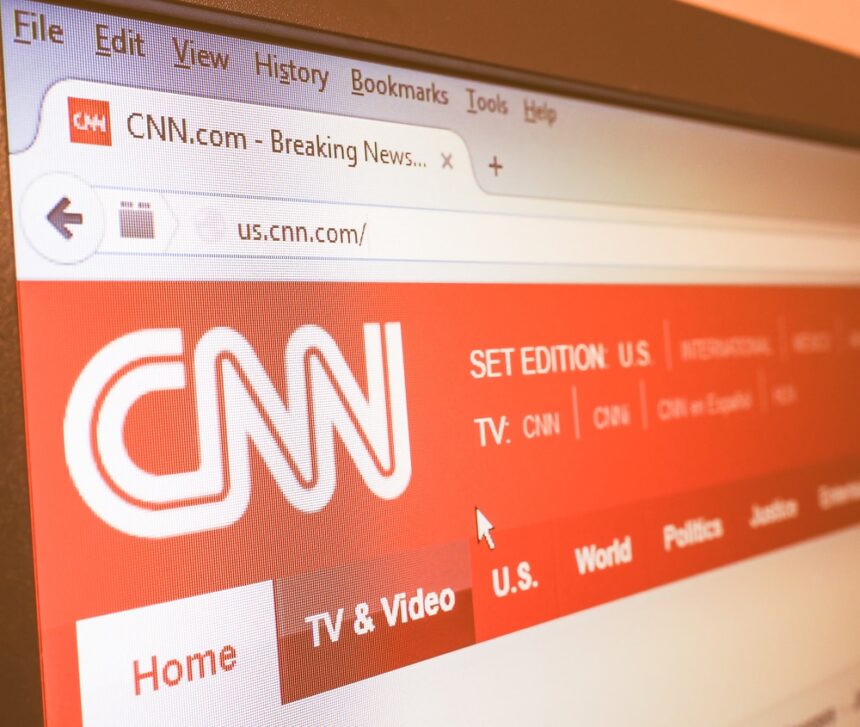 US-based cable and news broadcaster CNN is constantly on the lookout for ways to engage new audiences.

The broadcaster’s been experimenting on Snapchat as it seeks out the notoriously hard-to-reach Centennial generation. Now CNN is venturing into the African continent as it attempts to engage a young audience that’s growing in economic power and cultural influence. It’s all part of the broadcaster’s attempts to engage with the audience of the future.

CNN has chosen Lagos in Nigeria as its base for African expansion. There are several reasons why Nigeria was probably a good choice: the middle income country is culturally influential across the continent as a media hub, producing much of Africa’s film output. It’s a good starting point for a media broadcaster aiming to create content for a local audience and engage the wider continent.

The approach CNN is taking in Africa is both bold and curious.

The broadcaster is forging ahead with a single stream approach intended to capture English-speaking audiences across Africa. It isn’t localising content into other languages at the present time, instead concentrating on English alone.

In Nigeria that’s perhaps a wise approach: the country is one of the world’s most linguistically diverse. With over 500 languages being spoken within Nigeria, many Nigerians use English to communicate with one another because they don’t share other local languages. It’s also the country’s official language, meaning many Nigerians have at least some ability to speak and understand it.

English is significant also because it tends to be spoken by young and educated Nigerians.

These people are the audience that CNN is trying to reach. Outside Nigeria, it’s the official language of more than 20 other African nations. CNN’s English-first approach is attempting to reach the most urban, educated and young populations across Africa as these tend to be the ones most likely to speak English.

Another aspect of CNN’s presence in Nigeria is that the country is becoming a significant force internationally. It’s already culturally influential within Africa, exporting film, TV and fashion to other nations. There’s a not-insignificant Nigerian diaspora worldwide, particularly in the US and UK. There’s a thriving tech and start-up sector. Stories from Nigeria have also attracted worldwide attention, so CNN’s base in Lagos helps them report local news further afield.

The importance of localisation

Many other brands have chosen to localise their content as they go into new markets. This isn’t quite the approach CNN is taking.

Although they are localising their approach to the stories they report, the broadcaster is avoiding using a local language as this would limit the size of their audience.

It’s also taking a single-stream approach, for instance running a single Facebook page for the entire continent, rather than segmenting by country as might be expected.

It’s avoiding niche content, aiming to produce programming with universal appeal to the entire continent. Over the long term it seems CNN does have plans to offer French language content. For now, the brand intends to take a single stream approach and treat Africa as one entity.

Although that could be seen as mistakenly treating a continent as if it were a single country and a single people, it can also be argued that CNN’s intended audience in Africa does have shared characteristics. Whether they are in Morocco or Kenya, Cote d’Ivoire or Botswana, the individual CNN wants to reach is likely to be young educated and urban. They’re English-speaking, although it probably isn’t their first language, and their outlook is likely to be international.

The broadcaster has chosen to amalgamate three existing Facebook pages into one single page for the African continent. It’s an approach that has attracted followers, helped by breaking a news story that had international appeal both inside and outside Africa.

When CNN broke the news about an update to the story about abducted Nigerian schoolgirls, including video of the captives, they also used the Facebook Live Video tool to address questions about the story. This helped reach a wide audience. CNN also monitors social media so it can respond to issues and trending topics being discussed online. This has helped the broadcaster join in the tone of the conversation and become part of the wider community locally.

Mindful that most of its audience will be consuming content on a mobile, CNN also takes an approach that accommodates mobile very well. This means it creates short content to push out via social media, using mobile-friendly tools such as Facebook Live Video. Nigeria’s Facebook community has 16 million users, meaning it’s a key platform in this market.

Nigeria is booming in more ways than one – the country has leapfrogged South Africa to become Africa’s biggest economy.

It’s got a recent history of robust economic growth (although this dipped in 2016). It’s also got a large population of around 180 million – almost 1 in every five Africans is Nigerian. Nigeria’s population is one of the youngest on the continent and a high birth rate means it’s on the rise.

These are all characteristics that make Nigeria an attractive market for CNN to capture both now and for the future. The broadcaster is investing into a growing audience across Africa as it seeks to find the viewer of the future. It’s revealing that CNN is choosing to localise on content rather than on language. Although CNN is ignoring some huge audiences by doing so, it could be engaging with a wider audience of English speakers by forging ahead with a single-language approach.