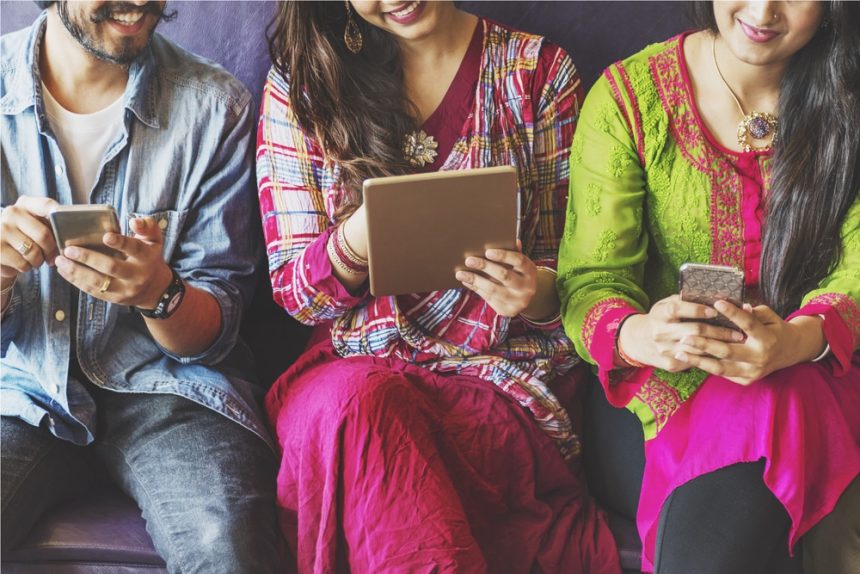 In February 2017, half of the people who accessed the internet did so via mobile. On a global level, desktop is now used to make around 45% of internet visits. What this means is that mobile seems to be taking over from desktop as the dominant method of accessing the internet.

In emerging markets, mobile is favoured over desktop to a much greater extent than in more established ones. Increasing rates of internet access in emerging markets are one key reason why mobile access is starting to dominate worldwide.

Type of device used varies widely between markets, with mobile seemingly dominating in some of the larger emerging markets yet faring less well in some of the more established ones.

Only 25% of Japanese internet users access the web via mobile: one of the lowest in the world. The UK, US and Australian internet users opt to use mobile devices for around a third of their internet visits, and in South Korea’s developed market around 40% use mobile.

There are both push and pull reasons why emerging markets favour mobile. Power outages in countries including South Africa mean battery operated devices such as mobiles may be more reliably used than desktops, which depend on having an uninterrupted power supply.

Cheap Chinese handsets and price wars between data suppliers mean that mobile is a good-value option for many Indians, and it’s far cheaper to get a mobile device than a desktop one.

How brands should respond

With emerging market consumers relying heavily on their phones for internet access, any brand that’s entering an emerging market needs to take a mobile-first approach. Most westerners, particularly those over the age of 30, will have first accessed the internet via desktop or laptop devices, before progressing to smartphone use.

As a consequence, decision makers often think about desktop first and mobile only as an afterthought. It’s important to challenge this approach when tackling an emerging market.

It’s also the case that marketers in established markets often assume consumers will have internet access via more than one kind of device. In emerging markets, this is often not the case, with consumers only having access via mobile.

That means there’s no other option than to build a user-focused, high-quality mobile experience that suits all users. A mobile site can’t offer a scaled-down version of the desktop site: it needs to offer everything.

In developed markets, mobile phone infrastructure may not be fully developed, despite high and rising mobile penetration. Connection is usually via WiFi, as broadband coverage is low. Cheap, basic handsets are popular in emerging markets, and brands need to design for the limited power and data they offer. For example, standalone apps may not have high uptake because they take up limited space on consumer phones.

If desktop use is being eclipsed by mobile worldwide, what is the future of the tablet? Tablet usage remains fairly low around the globe, with around 5% of global internet visits made via these devices.

Despite rapid growth in tablet ownership in the recent past, it seems that tablets are no longer popular with consumers.

Globally, tablet shipments have fallen 9% and it’s the more expensive end of the market that’s most in decline, with brands such as Apple and Samsung seeing big drop in demand. IDC announced the tablet market had declined for the 9th quarter in a row in Q4 2016.

However, there are more complex patterns at work in the tablet market. Many analysts believe that there’s real demand for simple, low-cost tablet devices in markets such as Africa, the Middle East, and Eastern Europe. However, manufacturers don’t seem to be as keen to create these more basic devices as they are less profitable.

Brands including Huawei and Lenovo, which have made great progress delivering cheap basic smartphone handsets, are seeing strong growth in demand for their tablet devices. Amazon’s cheap tablet model is also performing well.

It’s thought that the future may lie with the ‘two for the price of one’ detachable device, which acts as both a laptop and a tablet thanks to a removable keyboard. At present, tablet sales are pretty flat in markets including the US.

Lenovo is seen as possibly the vendor to watch when it comes to tablet sales in 2017 but it has little global market share. Huawei is seeing growth in Asian, European, and Middle Eastern markets but very little activity in US markets.

Worldwide tablet shipments are thought to have declined by 12% in 2016, rounding out the year at 182.3 million shipments, according to a new forecast from the International Data Corporation (IDC) Worldwide Quarterly Tablet Tracker.

IDC expects the market to rebound in 2018 though growth will remain in the low single digits as detachable tablets slowly gain traction. It really seems as if mobiles are dominating the market at the expense of other devices for now and the foreseeable future.

How to Localise Your Ecommerce Presence Effectively in China