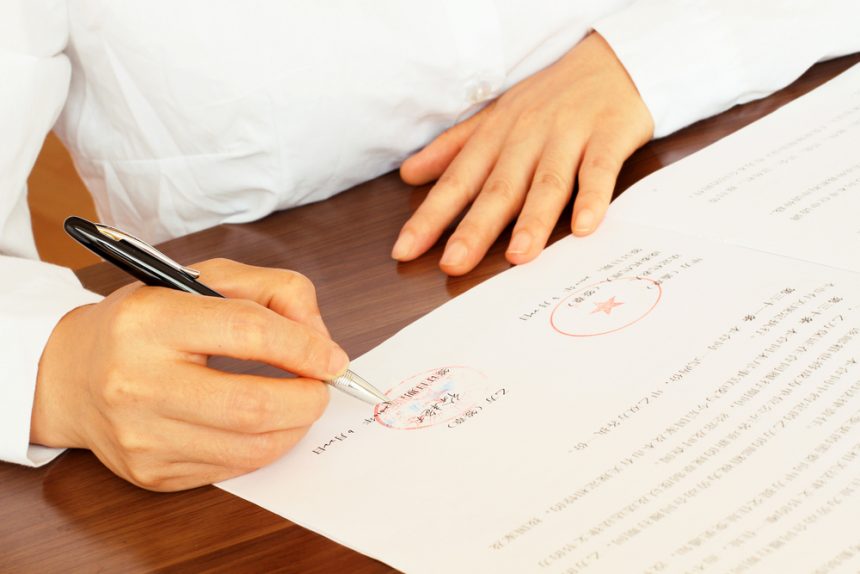 China is a notoriously risky place to do business but there have been legal changes over the last decade which have made it more feasible to rely on written contracts.

In fact, the World Bank assesses the Chinese legal system highly – judging it one of the 20 best countries in the world for contract enforcement. That places it above the UK in terms of its system of enforcing contracts.

There’s a great deal of skepticism about Chinese contracts and that’s partly because of anecdotal accounts of businesses being unable to rely on theirs in a crisis.

Lawyers that are experienced in doing business in China tend to point to errors when the contracts in question were originally drafted. It’s often the case that contracts are written in ways that don’t make it easy to get them enforced in a local court. Legal contracts need to be localised in order to make them effective.

A common problem that’s encountered is a lack of enthusiasm on the part of Chinese courts for enforcing foreign arbitration awards. There are ways round this – such as writing a contract that will allow disputes to be settled within a local Chinese rather than overseas court. This means there’s a much greater likelihood of any legal decisions being upheld.

Steve Dickinson, a lawyer specialising in legal aspects of doing business in China, advises that the most important thing is having terms that can be enforced. Many businesses make the mistake of writing enforcement provisions out of their contracts, leaving them without any teeth in the event of a dispute. It also gives Chinese courts little obvious action to take because none has been specified in the original agreement.

Foreign firms doing business in China often make the mistake of drafting contracts intended to be governed by the law of their own home territory.

However, Chinese courts will not enforce such judgements. It’s important that the contract is phrased so that it can be enforced via the Chinese legal system, and also that they are governed by Chinese laws.

Writing in the China Law Blog, Dan Harris shares his experience across three decades of doing business in China. His observation is that companies often make the mistake of being too vague when they phrase the terms of their contracts.

Chinese courts are good at enforcing clear penalties for default. The mistake Harris feels that many foreign companies make is expecting Chinese courts to review email exchanges and assess oral communications with their partners, and then arrive at a decision. Chinese courts are less likely to take these into account, preferring to base decisions on clearly written contract terms rather than who said what to whom.

A question of language

It’s highly advisable that contracts are first written in the appropriate Chinese language, such as Mandarin.

This is the best way for you to precisely communicate with your Chinese partner exactly what is expected of them, in a way they can understand it. Obviously it’s important that the contract includes very specific instructions for whatever their part of the deal is: precise requirements for the width and grade of materials used in manufacturing a product are better than vague references to good product quality. Having a precisely-worded Chinese language contract laying out expectations on both sides is a key way of ensuring you never have to enforce any of the agreement in a legal situation.

When a contract is written in two or more languages (such as English and Mandarin) it’s important to specify which language will be used in the event of a dispute. The contract thus needs to have an ‘official’ language to control it. If there’s no official language, or if the contract terms insist both are used, this opens up further avenues for ambiguity of meaning, which is precisely what legal contracts seek to avoid. It’s also going to mean the legal fees, and associated costs of the dispute such as translation fees, are going to be higher.

As explained above, it’s likely to be more effective to have any legal proceedings take place in China and this is the place where your business is most likely to get any court judgements enforced.

As conflicts are likely to be best resolved in a Chinese court, it makes sense that the contract’s official language should be a Chinese one.

It’s also a wise move, because it means you have full control over what it says rather than trusting to the judgement of court-appointed translators who may interpret the language in the other party’s favour.

It’s also important that the Chinese language contract drafting is done by a person with the relevant legal expertise and specialist knowledge. It’s important that the language is extremely precise in legal terms. A ‘regular’ translator is unlikely to have the legal knowledge to draft a contract.

There are very significant penalties associated with not providing employees with a written contract. This needs to be written in the appropriate Chinese language – many Chinese courts won’t recognise it otherwise.

It’s also essential that the contract is drafted according to Chinese law and practice. And not just any Chinese law – it has to be the specific one for that particular part of China.

Regulations concerning employment can vary even at city level, so make sure your contracts are enforceable in that particular legal jurisdiction.

Although it’s common practice for multinationals to seek to make their contracts harmonious worldwide, or use a branded template for the whole of their business, this is unlikely to be helpful in the event of a dispute, so aim to localise for the Chinese legal system.

It’s also vital to back this up with a handbook of employee regulations and keep records of any disciplinary procedures. These will be essential evidence in the event of a dispute with an ex-employee. It’s also vital to ensure contracts are up to date – make sure these are renewed once they expire, as there are penalties for having people working without a contract.

Bricks to Clicks: Retail Giants Get Serious About eCommerce

Opportunities and Costs of an Ageing Global Population