Gabriel Garcia Marquez’s Books Translate into Masterpieces in Any Language 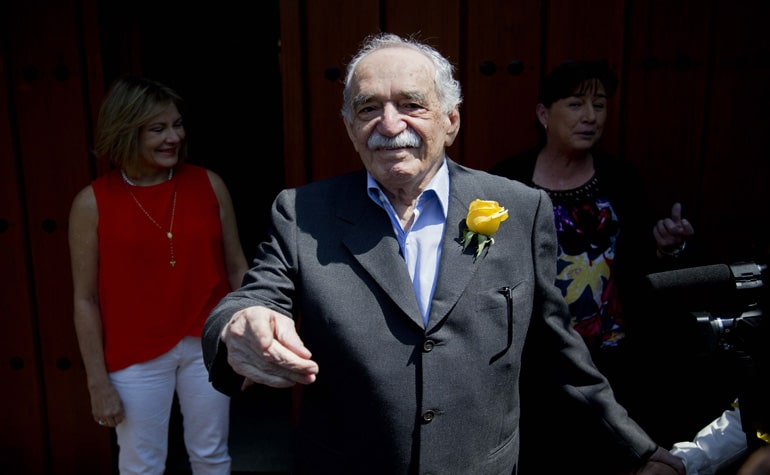 Tributes have been led to Gabriel Garcia Marquez by two people who knew his works almost better than the Nobel prize-winning Colombian author himself – his two English-language translators.

The acclaimed writer and journalist is deemed to be one of history’s best Spanish-language authors. Juan Manuel Santos, the country’s president, thinks Garcia Marquez could be the “greatest Colombian” ever. His vivid prose is characterised by exotic backdrops, and his war veteran grandfather helped to give his work a political edge.

This is considered his seminal work, selling over 30 million volumes. It is laced with one of the best examples of the genre “magical realism”*. The novel is set in Macondo, a fictional village visited by civil war, vendettas and sleeplessness.

The novella recounts the tale of a murder by two brothers via the medium of pseudo-journalistic reconstruction. Every townsperson, including the deceased, knew the killing was planned, but no-one did anything about it. The tale examines mob hysteria and injustice.

This story of unrequited love tells how one man’s feelings towards a woman remain undiluted – half-a-century since he was first rebuffed by her. Edith Grossman, one of Garcia Marquez’s English-language translators, calls it one of the 20th century’s greatest novels.

Grossman, who said translating his novels was a joy, claimed that people who couldn’t read Spanish weren’t missing much by not seeing Garcia Marquez’s original, non-translated works.

She said Garcia Marquez wasn’t fussy with his translations because he wrote so well. This extended to her offer of using alternative translations of “said” during conversations in his books due to the repetitive nature of the word. Garcia Marquez replied that this would be too transparent; that readers would know that she was merely employing a synonym of the word.

There was one exception, however, Grossman said in an interview with the Latino version of Fox News.

She claimed Garcia Marquez loathed Spanish adverbs which ended in -mente. This persuaded Grossman not to translate to English adverbs finishing in -ly. She, instead, used terms such as “without haste” instead of “slowly”, whereas in Spanish translators can use despacio rather than lentamente.

In praise of translators

Garcia Marquez was full of praise for his two English language translators, Grossman and Gregory Rabassa. He called them examples of what he likes best in translators, placing intuitiveness above intellectualism. He singled out Rabassa, who is reciprocal with his plaudits. He told The Paris Review that Rabassa was his only translator who not once asked for a point to be made clear so he could add a footnote at the bottom of the page. Nor did Rabassa have the ego to see his translation as his own literary creation.

There is one translation that Marquez went to his grave unhappy with, though.

Asked whether any novels can be successfully translated into films, he replied that he couldn’t think of one movie that improved upon a good book. In fact, he called his One-Hundred Years of Solitude as “unfilmable”. But he added with a playful twinkle in his eye that he could imagine several good movies that derived from awful novels.

* “Magical realism” was the one English translation that both Grossman and Rabassa detested.