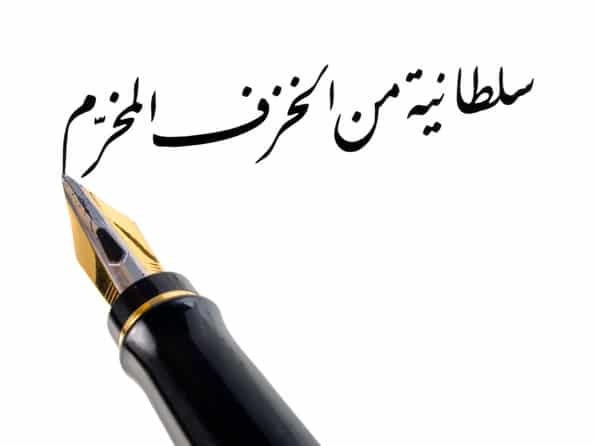 Google launched their latest functionality for Google Translate today. The new feature, which currently supports 45 languages, lets you translate a handwritten expression without the need for a keyboard.

Google has had handwriting support for Android since December 2012, however, they’ve recently added desktop support by introducing new virtual keyboards, input method editors, and transliteration input tools. So finally, handwriting has been brought to the web.

Google provide a demo of their tool on the Google Translate Blog. Here’s how the feature looks in action:

If, for example, you want to translate the Chinese expression “饺子” into your native language, you can now simply write it down by hand. First, pick an input language (in this case Chinese) and if supported, you will see the input tools icon at the bottom of the text area which you can click on to switch to handwriting mode. 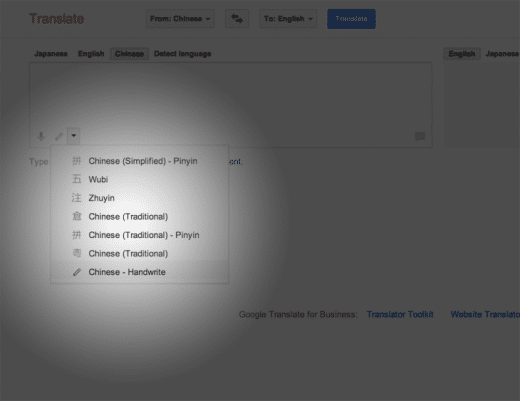 At this point, all you have to do is draw out the characters on the main panel of the handwriting tool and Google Translate will do the rest. You can also draw multiple characters at once. 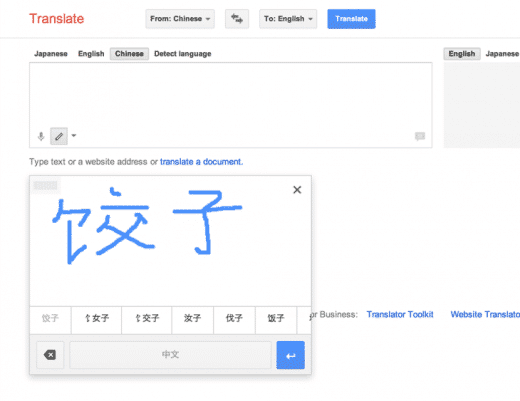 It makes sense that the new functionality was launched on mobile first. It’s easy to use your finger to quickly spell a word on your phone plus you may be more likely to require a quick translation when you’re on the move. Similarly, if you want to translate visual information, for instance road signs or menus, in scripts that are not available on your keyboard then this is also possible. The new functionality is also likely to work well on the iPad and Windows 8 touchscreen devices.

It will be interesting to see how much more the new functionality gets used as a result of these new developments. Google has supported handwriting for search queries on touchscreen devices for more than a year as can be seen in the video below, but not that many people seem to talk about it and it’s not common to see anyone actually using it.

The State of eCommerce Localisation 2016 Report