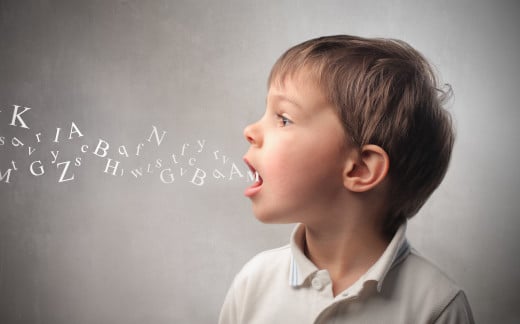 ‘The world is shrinking’, ‘we live in a global village’, these are some of the mantras of the time we live in. Indeed, the world is becoming smaller and smaller as connections and ties, both cultural and economical between places around the world, grow and strengthen. It is no exaggeration to say that knowing a second language, a foreign language, is more significant and perhaps more useful that it has even been in the history of humankind.

Research and numerous studies have all reached an overwhelming consensus on the benefits of teaching children foreign languages early on. A young mind is like a sponge that absorbs and assimilates information. According to Professor Noam Chomsky whose work in the field of linguistics has won him several international awards and immense recognition, children have a much richer and stronger ability to learn many languages at the same time when compared to adults.

Apart from being able to grasp many languages at once, learning languages at an early age can also have several cognitive and health benefits according to some studies. According to a study done by a Canadian research team, bilingualism may have an effect on the brain which can delay the onset of Alzheimer’s and dementia if not prevent it. It is also thought to improve memory and motor skills, not to mention that it is an excellent skill that can improve job prospects enormously in today’s economy.

So, it is generally agreed that children have a better grasp on languages and can absorb new languages, and indeed many languages at once more easily than grown-ups. There are many ways to teach a language, and research is constantly being done to find the most creative and effective ways of learning a foreign tongue. For instance, a new initiative ‘French Digital Kitchen’ is an online learning resource that helps teach the French language by learning words while cooking French recipes. The theory of learning a language in a specific context such as cooking or sport is known as situated learning and is thought to be quite effective.

Technology has made it possible for kids today to learn languages using different tools, ranging from simple books, to interactive language apps. Once upon a time, learning a language was about learning from a book, or simply through cohabitation with foreign language speakers! Today, thanks to the amazing technology that is available, there are numerous other, perhaps even more effective ways to learn grammar, improve vocabulary and grasp the nuances of a particular language.

Studies show that the more you listen to a language being spoken, the more quickly and effectively you will grasp it. Children today can watch videos of people conversing in a foreign language at the click of a button. There are also online language resources that have extensive databases of audio recordings to improve pronunciation and spoken languages. There are even resources for vocabulary to help kids learn new words and improve their command on a foreign language.

Interactive language apps that use a combination of audio, video, design, and interactive games etc. to teach a language can be particularly effective, especially as they can be quite enjoyable. Something that is enjoyable tends to be done more often, and automatically becomes more effective as a tool for learning. So, the more enjoyable the technology, the more effective it is likely to be a tool for teaching languages to kids.

There are all kinds of apps and digital tools to teach children of various ages available today. From word games for older children to simple apps for toddlers, the variety of language tools available for kids is quite impressive. For instance, a quest that involves interacting with virtual characters to reach your destination, or an illustrated game with a simple storyline, designed to teach simple words or phrases.

Technology has widened the scope of learning and education and made it much more accessible. Information is far more readily available today and effective tools for learning, designed for different age groups can also be accessed just as easily. The earlier kids can start using these amazing tools and learning new and varied languages, the easier it is likely to be!

About Richard McMunn: Richard is the author of this article and founder of How2become.com, the UK’s leading training and recruitment website for public sector careers. The focus is on providing applicants with the knowledge they need to prepare for and pass selection processes for careers in the police, fire service and ambulance service . The website currently offers over 150 different titles. You can also find How2become on Facebook.