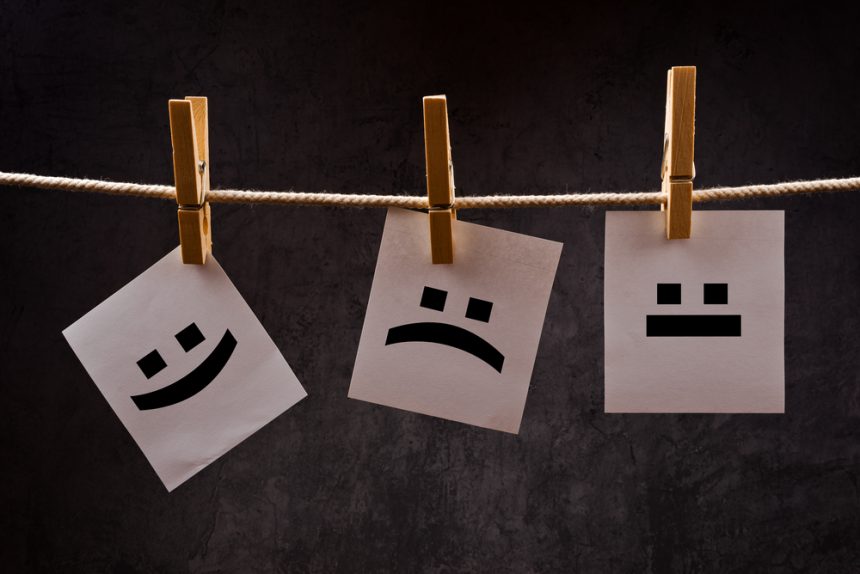 Emoticons were born fairly early on in the life of the internet, as users identified a need for nonverbal cues to support understanding in online conversation.

Emoticons were created as a way to depict facial expressions such as smiling or frowning by using various combinations of keyboard characters. The most common emoticons used in the west are simple ones such as :-) and :-(.

Research from Australia suggests that our brains are well-equipped to identify even these highly simplified depictions of faces and quickly attribute to the symbol the emotion it is intended to convey.

Emoticons are now regularly used to convey the writer’s feelings or intended tone through text-based shorthands and simple emoticons have a high level of recognition across web users.

These nonverbal cues are now widespread in electronic communications across the world and a huge lexicon of emoticons has been developed, mostly originating from the grassroots level of the internet.

Different cultures have developed their own vocabularies of emoticons that includes some subtle emotional distinctions. Asian internet users tend to favour emoticons which emphasise the eyes rather than the mouth when depicting facial emotion. In Japan in particular, emoticons have evolved a surprising level of sophistication, which arguably surpasses the more basic emoticon vocabulary used by in the West.

Top tip: if you’re ever puzzled by an odd collection of keyboard symbols in written text, try tilting your head. Placing the left ear on the left shoulder usually shows you what the face is meant to express. This doesn’t always work though as both ;-) and ^_~ are meant to denote a wink, but only the first requires a head tilt to see it.

for which the English language equivalent would be

requiring a head tilt. Somehow (*o*) the Japanese emotion for incredulity seems much more emotive than the Western equivalent :-o. What’s especially interesting is that Japanese emoticons tend to place more emphasis on the eyes than on the mouth.

But Japanese emoticons have now advanced to a much more complex level, where they arguably rival calligraphy in bringing beauty to the written form.

These emoticons are known as kaomoji and use the characters and grammar punctuations of written Japanese to express not only individual emotions, but also complex actions, objects, and or entire stories.

Here’s the emoticon depicting a zombie

here’s a man peering at you from behind a wall

a man who becomes angry and hurls a table upside down

It’s striking how many Japanese kaomojis there are for death and creepy themes such as devils. There’s also quite a large library of bear related kaomojis, including some basic bears such as these ones

As well as more niche ones, such as this set of Harry Potter bears (with forehead scar)

It’s possible to argue that the boundary between drawing and writing is a bit more porous for Japanese writers than it is for those writing in Indo-European languages. Possibly this explains the huge creativity of Japanese character expression and why it demands several categories of emoticon.

Japanese also has an innate level of complexity, requiring a minimum of double-byte sets than Cyrillic and Latin alphabets, which usually only require single character sets. Japanese writing also offers a wider scope of characters than many other languages. All these factors offer greater scope for creativity than the more limited Indo-European keyboards.

It’s also possible to argue that Japanese culture places more emphasis on communication through body language and other non-verbal communications, with subtleties of meaning often conveyed through context. These factors may account for the need for a wider range of emoticons than Western languages incorporate. Here’s one of several emoticons used to convey an apologetic bow

That’s not a symbol that Western emoticon users would employ in quite the same way as Japanese ones, if at all.

Japan has also produced its own category of extra-textual symbols, known as emojis, many of which represent things fairly unique to Japan.

For example, few other cultures on earth may have felt the need to have a way to depict a cute ghost. Emojis are small images twelve pixels square that were built into Japanese cell phones at a fairly early date in their existence. These are now widely used worldwide and are enabled on many smartphones.

Use of emojis tends to vary across cultures to an amusing extent. According to research, emoticon use seems to support many national stereotypes.

Apparently the romantic French are more likely to use heart emojis than any other nation. God fearing Brazilians send a lot of religious themed icons, Australian nationals send high levels of alcohol-themed emojis in their communications and passionate Spaniards either send party-related icons or crying faces.

What’s enlightening is that emoticon use tends generally to be positive across most cultures – almost half of emoticons sent apparently are positive faces or themes, such as clapping hands.

Although it’s easy to dismiss emoticons and emojis as vacuous artefacts, humans show a common desire for non-verbal information in support of their communication efforts.

Widespread internet use means more people than ever before are communicating via the written word, in many cases this communication is with people that the writer does not know well.

It’s also much more common for written communication to occur between people from very different cultural backgrounds. It’s possible that the much-maligned emoticon may be essential to helping the writer convey to their audience the impression that they intended.

If you feel a pressing need to employ a cute ghost or some Harry Potter bears in your communications, check out this website for all your Japanese emoticon needs.