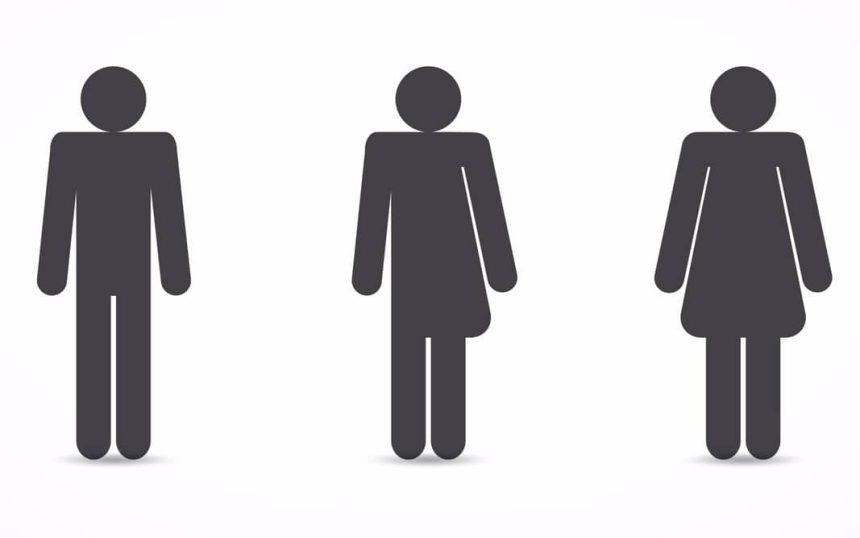 Younger generations are much more open minded on gender-related issues compared to old ones. Some brands are choosing to reflect more open concepts of gender identity: ending retail segregation by gender, and supporting their audience’s gender identities by giving options for how they describe themselves beyond the male/female binary.

It’s a pretty big social shift that’s taking into account how many people see themselves and reflecting it in consumer and social identity.

For brands trying to get an audience to relate to them, it’s a shift that raises questions about how to respond. It seems the case that the younger the demographic, the more open it is to the concept of gender fluidity.

Centennials seem to be more switched-on to gender neutrality than the slightly older Millennial demographic. According to research by J. Walter Thompson, 56% of teens know someone who uses gender-neutral pronouns such as “they” or “ze” rather than “he” or “she”. Only 43% of Millennials say the same.

It seems the wider younger demographic has moved away from the gender binary worldview. A 2013 survey by consumer insights and strategy firm Intelligence Group found that most people between 14 and 34 consider gender lines to be blurred.

The same demographic also identified that it was their generation pushing the gender-identity boundaries. Although not every member of this demographic challenges the gender binary, it seems they are likely to be tolerant of those that do.

How brands are responding

Some brands and institutions are trying to reflect how people feel about and describe their gender identity. Facebook and dating site OkCupid now offer the opportunity to pick your own identity using non-binary identifiers (ie not just male or female).

Facebook tackled this in the US by offering a wide range of identities in place of the binary ones it previously offered; a list it compiled in collaboration with gender and sexual identity activists.

Users can choose from over 50 options including gender fluid, trans person, or cisgender, as well as a blank option. UK users were offered an even greater range of options.

In media terms, the response to Facebook’s changes was generally handled fairly sensitively by many mainstream media outlets. Inevitably, the changes also drew criticism from religious groups, with the Catholic press being highly vocal about its opposition to the new gender identifiers, and mockery from online commentators.

Many users reacted extremely positively, with one college student who identifies as non-binary expressing relief that their identity was finally being validated.

It isn’t just Facebook letting people reflect the reality of how they identify. Educational institutions such as the University of Vermont have enabled students to opt for a third, gender-neutral pronoun.

The gov.uk website offers a guide for managers of public websites which recommends avoiding the use of gendered pronouns where possible and giving a third option outside the gender binary.

The recommendation seems to be to pursue a gender-neutral approach, only asking for gender information when it’s absolutely necessary.

There seems to be a significant generational divide over gender identity issues in the States. According to Reuters, those aged between 18 to 29 were in favour of allowing transgender people to use the bathroom of the gender they identify with, rather the gender listed on their birth certificate, by a 2-to-1 ration.

For those aged over 60, the reverse was true. The decision by huge retailer Target to bring in a progressive bathroom policy, enabling people to use the bathroom of the gender they identify with rather than the one on their birth certificate, prompted a massive furore and threats by traditionalists to boycott the chain.

When brands take a stance on identity issues, they risk alienating some of their audience. For many brands chasing future consumers, it seems that the smart money is on taking a progressive rather than a resistive approach on the assumption society is only going to get more accepting of non-binary identities.

But it’s a huge generalisation to assume the issue is split completely down age lines. Younger people can resist gender fluidity. Older people can welcome it. The evidence merely indicates that younger groups are more open to gender fluidity than older ones.

The reality is that for the majority of consumers a brand’s stance on gender issues may not be a key decision factor in their purchase.

However, for a small and outspoken minority, it may be highly significant. It’s this minority that can impact on your brand identity if they make enough noise.

Whilst it’s worth noting that only a small minority of your audience will opt to use non-binary identifiers, other members of your audience are likely to have views on how you approach the issue.

It seems to be the case that younger demographics are particularly open to non-binary identity being recognised. If your brand is targeted at younger audiences, it’s advisable that your policy reflects the wider audience’s view.

Brands that fail to reflect the demographic they target on such a critical issue as personal identity aren’t likely to engage them easily.

But it’s a lazy generalisation to assume that only young consumers care about these issues.

Questions of gender identity haven’t recently been invented: there are also older people currently navigating their own gender identity. According to the Telegraph, 42 is the average age of gender reassignment surgery in the UK.

Caitlyn Jenner was well into her sixties when she announced her decision to transition. Perhaps the key difference is that younger generations are finding new ways to tackle gender, with language being one particular battleground.