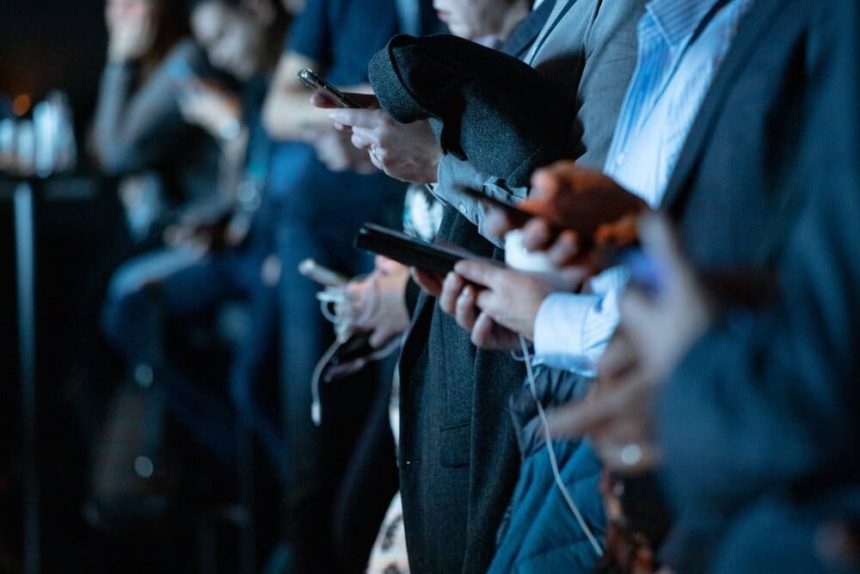 Social media can be a great way to connect with an audience but not all audiences take the same approach to social media. If you’re moving to a new market you may need to adapt your social media approach to accommodate local habits – and possibly even move to new social platforms altogether.

Facebook may be the world’s biggest platform with the biggest reach but it isn’t the right choice to engage with all age groups. In some markets, it’s not a viable option at all. You need to decide where your audience is and determine which platforms are the right ones to reach them. You may need to take a unique approach to each different market that you’re in.

A few markets are unique by virtue of their specific language needs. South Korea’s social media scene is dominated by domestic platforms, such as Daum/KakaoTalk, that can handle the Korean language effectively. In some markets, your brand could face a dizzying array of platforms including some you’ve not encountered before.

China in particular is one market that favours its own social media platforms. Forget Facebook and WhatsApp – here it’s all about Weibo and WeChat (as well as a lot of other contenders). If you’re trying to penetrate China’s market you’ll need to decide which platforms are best for you and then learn their various intricacies.

Although the world’s myriad social media platforms tend to share a number of features – such as tools to make user-generated content and features such as share buttons – they aren’t always comparable. It’s a mistake to think that WeChat is merely a Chinese version of WhatsApp. For starters, WeChat offers a lot more features.

Some markets also have entire genres of social media platforms that don’t really exist in other places. Social commerce is still fairly new in many parts of the West, yet social commerce apps have been rampant in other markets for quite some time.

The Pinduoduo social buying app has rapidly become very popular in China whilst shopping and social media still aren’t completely married in the West nor such a social phenomenon as Pinduoduo. If you’re planning on retailing in an Asian market you can’t really ignore the phenomenon of shopping apps and social eCommerce.

Some markets have banned particular platforms at some time or another. To cite just a few examples: presently the UAE prohibits the use of Skype and WhatsApp, Twitter is prohibited in Iran and Pakistan has banned a number of dating apps including Tinder.

Some markets allow platforms to operate only if they conform to particular rules. One example is Pakistan which insists YouTube runs a local version which filters out content deemed immoral, un-Islamic, or anti-government. Various countries have banned or censored parts of Wikipedia at various times. Other markets occasionally threaten further bans on specific platforms.

It’s wise to pay attention to political attitudes around these various platforms, particularly if you’re planning a big campaign that relies heavily on the audience or features of a particular platform. There are a host of other reasons why you shouldn’t depend too heavily on a particular social media platform.

One reason is that a sudden change to an algorithm can really disrupt your business model. Another reason is that users are very fickle and may suddenly switch attention away from a particular platform. No matter how confident you are in your platform presence you need to be mindful of any challenges to the platforms you rely on in particular markets.

Messaging apps are universally popular around the world, yet users tend to have their local preferences. WhatsApp is the world’s most popular messaging app, widely used in populous countries including India, Brazil and Indonesia. Penetration is close to 100% in markets including South Africa and Kenya. Although it’s popular in the UK and Germany, in neighbouring France users favour Facebook Messenger instead.

WhatsApp is the top messaging app across most of Africa, with the exception of Ethiopia where they favour the Telegram app. Meanwhile, it’s Viber that they favour in eastern Europe and South Korea has its very own KakaoTalk messaging service.

Viber is one of the many popular apps in the cross-platform messaging market.

Some of these differences are down to the quirks of historic adoption of the various messaging apps. There are also more significant reasons why particular apps are favoured by some markets. Internet affordability is a major issue in Ethiopia and the fact Telegram is a more lightweight download compared to rivals such as WhatsApp explains why the app is more popular here. Some apps also serve particular languages better than others – Viber can offer both Czech and Hungarian, which helps it thrive in eastern Europe.

Even if you think you know how messaging apps work, you may be surprised to learn how they are used in different markets. WhatsApp offers a feature that allows you to record a voice message instead of typing a text.

It’s not commonly used in English-speaking markets but an equivalent feature on WeChat is extremely popular among Chinese users. The popularity of voice messaging in China is thought to be because Chinese characters are hard to type, meaning it’s much faster to record a message than type one.

Around the world, users can have very different approaches to how they engage with social media. Japanese users may love their social media platforms but they also value their privacy. They may not be as willing to share things as users from other parts of the world or they may be more likely to do so anonymously.

There’s also a distaste for publicly looking for other jobs whilst employed, so LinkedIn and similar professional platforms haven’t really taken off here. If you’re active on social media in Japan you need to be aware of these reservations if you’re to get users to engage in a way they feel comfortable.

It’s really important to tailor your strategy not just to each platform but to the user behaviour in each market. Even if markets share a common language it’s unlikely that the same platform strategy can be applied for users in more than one market. Users not only have their own cultural expectations for your brand but also their own approach to using social media in general.

Try to understand regional variations across each social network that you use. It could make the difference between your social media campaign succeeding or falling flat on its face.

Of course, language matters a huge amount. Although the UK and US share a language you’ll alienate UK users with a campaign talking about ‘beverages’ or ‘real estate’ as these aren’t common terms in the UK. You’d need to adapt your campaign to talk about ‘drinks’ or ‘property’ instead.

You’ll find that you need to adapt all elements of your keywords, campaign handles and terminology to get the most impact in each market. For bigger markets or ones with language variation, you may find you need to adapt regionally too. For example, consumers across the US recognise three different words for a carbonated beverage: ‘soda’, ‘pop’ and ‘coke’. Your campaign will do best if it uses ‘soda’ for consumers in California and ‘coke’ in Texas. 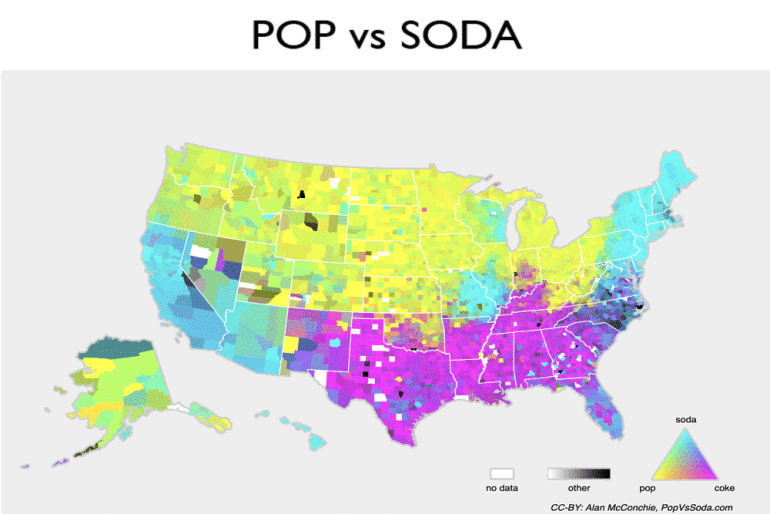 PopvsSoda.com plot the regional variations in the use of the terms “Pop” and “Soda” to describe carbonated soft drinks in the USA.

There are also some specific cultural touchpoints that are very significant to each market. Holidays such as Thanksgiving and 4th of July are completely insignificant in the UK market, whilst Boxing Day is unfamiliar to most people in the USA.

If you’re planning any type of campaign you’ll need to carefully consider the local calendar and what might be happening that’s significant in that market at any particular time. One example might be school holidays as these may impact daily habits and also buying behaviours for anyone with school-age children.

Another thing to remember is some smaller markets just won’t generate as much activity as their larger counterparts. That can really impact on any campaign which relies on user response.

Be aware too that some nationalities are much more shy than others. You may find it much harder to get a response or generate other types of activity such as user product reviews, in some markets. The opposite is also true. You may find to your regret that some markets are very fast to respond to any perceived wrongdoing by brands. You may even find yourself the victim of a user campaign over something as seemingly innocuous as egg fried rice, t-shirts or a handbag.

Even within familiar markets such as your home market, you may find the optimum platform is an unfamiliar one. Social media platforms are increasingly segregated by age – TikTok has a young user audience, whereas 66% of LinkedIn users are over 45. Even within their home markets brands often have to tackle unfamiliar platforms if they are to engage with a target audience that’s particularly active there or just hard to pin down elsewhere.

Very recently a new phenomenon seems to have emerged of segregation by political attitude. The arrival of Parler, a microblogging site which claims to champion freedom of speech, has attracted a lot of right-wing users. With a small but growing user base, this could be the start of a new demographic divide on social media, one where digital spaces are becoming enclaves for people with similar views.

It’s always hard for brands to succeed in social media and it’s even harder when the brand is trying to penetrate an unfamiliar culture using social media. That’s why you will probably need the services of local specialists – not only experts in local social media culture but also in the local language and/or dialect.

They’ll help you understand the nuances that are vital to success. They should also help you avoid significant cultural mistakes or misfires. But you’ll still need to do your own research – don’t just rely on partners to do it all for you.

One of the best, but also most terrifying, aspects of social media marketing is the fact that your brand is in direct conversation with its audience. That can really help your brand engage with and understand consumers but it can also give it a huge stage for making mistakes and getting called out for errors of judgement. That’s why it’s really important to listen, as well as talk, and to pay attention to what’s going on around you on the platforms you use.

Brands need to be prepared for any responses to activity in social media. Don’t ignore any rumblings but be ready to respond to customers and engage with any concerns they have. If you’re operating in different language markets, this means having the resource on hand to take part in conversations with customers.

Be ready to act quickly before things can escalate. Social media isn’t something to be taken lightly but it can be extremely rewarding for brands that succeed at communicating with customers in these spaces.