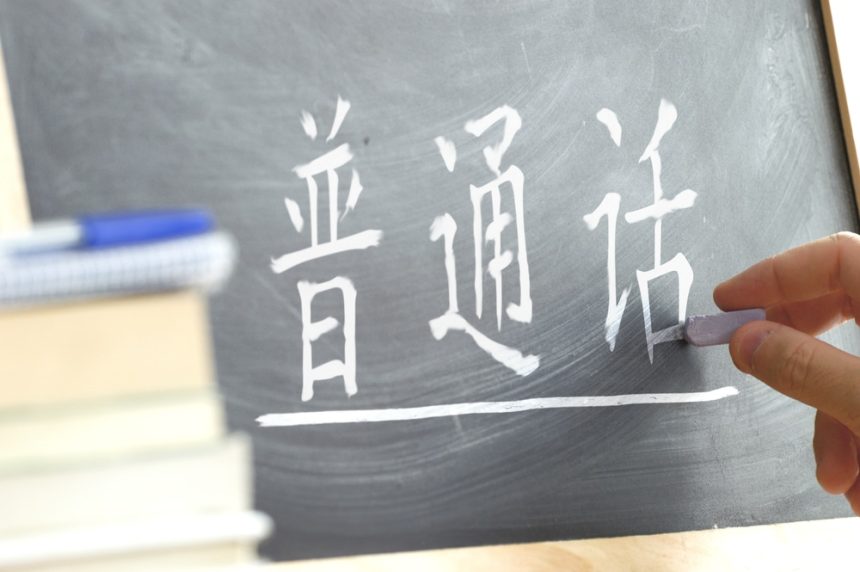 They call it tibiwangzi: the problem of native Chinese speakers forgetting how to write their own language.

Although it’s hard to understand if you’re from a Latin alphabet background, character amnesia is a very real and widespread phenomenon in Chinese language speaking areas.

So what’s the reason for this strange forgetfulness – and what impact is it having on the language?

Although one of the most widely spoken languages on the planet, Mandarin is fiendishly complicated to get to grips with.

For a start the spoken language is tonal, meaning that every spoken syllable has a pitch change that indicates its meaning. In English, words are distinguished using sounds.

‘Mouth’ and ‘south’ mean different things, irrespective of how you pitch the words. But in Mandarin, the word ‘ma’ can mean many different things depending on the pitch used when vocalising it.

Mandarin isn’t even the most complex of the tonal languages – Cantonese is said to have 9, Hmong 8, and Vietnamese 6.

For any tonal language, there’s often disagreement about how many tones speakers really recognise and the number varies according to local dialects.

The tonal languages tend to cluster in certain areas of the world and are found particularly in East and Southeast Asia, as well as sub-Saharan Africa. Worldwide, around 1.5 billion people speak tonal languages.

For speakers of non-tonal languages, it’s hard to master the subtleties of speaking. There’s plenty of room for embarrassing errors, for instance, it’s easy to confuse the tones of ‘I want to ask you…’ with ‘I want to kiss you’.

There’s some evidence that speakers of tonal languages have a better ear for tones and pitches compared to those from a non-tonal language background, so it might arguably be easier for a Mandarin speaker to learn Vietnamese than a French speaker (although nobody really finds Vietnamese easy to learn!)

In its written form, Mandarin is also extremely challenging to master. You’ll need to clear some space on your brain’s hard drive to accommodate all those characters – at least 2,500 just to read a newspaper.

Chinese professionals will generally have mastered around 8,000, although it’s thought there are more than 50,000 in existence. Writing out those characters can be very time-consuming.

A single character can be composed of around 4 dozen pen strokes. It takes a long time to gain mastery over these complex glyphs (a word used to describe any hieroglyphic character or symbol).

Because Chinese characters can be so complex to construct, and so intricate in design, font designers are faced with a real challenge. If a font designer wants to create a new English language font, they’ll need to create around 230 glyphs. That’s all the 26 letters of the alphabet plus any punctuation marks etc.

To create a new font that can be used for any European languages, including things such as the French accented letters, and the German Eszett (ß), you’ll need around 800. But to design a basic font just for the simplified Chinese used in PRC, the designer needs to create around 7,000 glyphs as a minimum.

It’s easy to understand how challenging it is to make these complex characters appear legible even on the small screen of a mobile phone.

Chinese speakers have embraced modern technology with the same enthusiasm as everyone else, and the introduction of the computer inevitably means we all type more and write less by hand.

Users of the Latin alphabet aren’t likely to forget their alphabet anytime soon but Chinese speakers, with their huge character vocabulary, are more at risk of losing their ability to write out characters by hand.

Although a Chinese language speaker might still recognise a huge array of characters, the fact they no longer have to write these out by hand means they can forget how to write all those tricky strokes. Widespread use of computers, tablets and mobile phones is enabling character amnesia.

China Youth Daily found in a poll of more than 2000 Chinese speakers that over 80% of respondents admitted they had problems with writing characters.

The phenomenon is so widespread that it’s been given a name, tibiwangzi, or “take pen, forget character.” The fact is, the constant repetition of even the simplest and most common characters is necessary to avoid forgetting all the complexities of the strokes required to write it.

Many people are fearful of the impact of this loss of character knowledge. Others argue that it brings freedom. So much of Chinese school education is given over to character memorisation that it’s argued there isn’t enough room for anything else.

Although Chinese speakers may not be able to reproduce the characters they use, they can retrieve them using technology. It’s possible to argue that this clears mental bandwidth for other endeavours; brain power that would otherwise be devoted to knowing several thousand characters.

But it’s hard to feel comfortable with this encroaching partial illiteracy. For now, character amnesia is considered one of the challenges of modern life that’s yet to be resolved effectively.