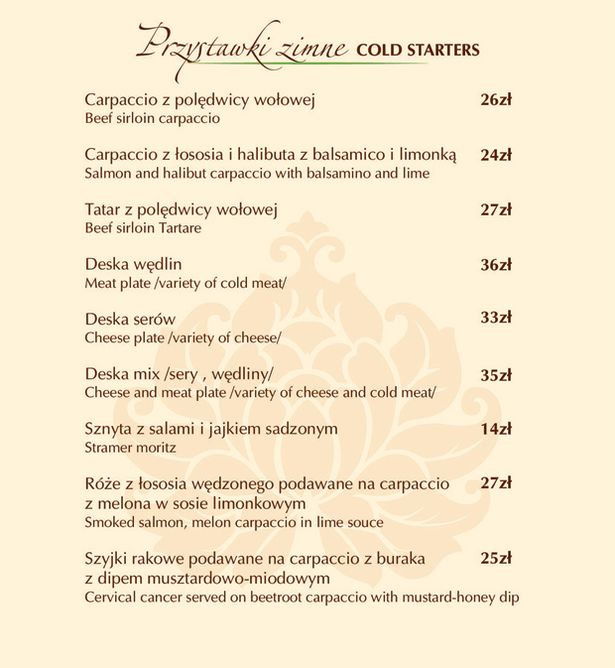 A British holiday-maker on a trip to Poland was horrified to find that one of the dishes on his menu was described as ‘cervical cancer served on beetroot carpaccio with mustard honey dip’. This unfortunate error was displayed on the menu of Bee Jays restaurant in Poznan, west-central Poland, where Owen Durray, 32, was having his lunch.

Mr Durray, from Kent, said: “No one I know has had cervical cancer but I can imagine that if it had been seen by somebody else they might have been well upset. As it was I quickly lost my appetite, the meaning doesn’t exactly encourage you to order anything does it?”

Mr Durray complained to the restaurant, who claimed the name of the dish – which is actually crayfish – was lost in translation.

A spokesman for the Bee Jays said: “This was a mistake in translation. The food item was for crayfish and somehow that got turned into Cervical Cancer. We will be having a word with our translator. We apologise if we have offended anyone.”

If you perform the same translation on Google Translate, typing in ‘crayfish’, translating it to Polish (‘rak’), then back into English, it does translate back into the English word ‘cancer’. These types of mistakes are quite common when using machine translation tools to translate marketing materials from one language to another. The Lonely Planet blog displays a number of these errors, particularly in China, where business owners have become the unsuspecting victims of poor translation tools.

However, in this case, the error was attributed to a human translator and this is also not uncommon. Even marketing professionals with colossal marketing budgets can get it wrong. Companies such as Pepsi, Coca Cola and Honda are not immune to making mistakes when translating content from one language to another. You can read more about those on our Translation Mistakes blog.

These examples highlight the importance of employing professional native language speakers to translate your business’s marketing collateral and avoid undue embarrassment and complaints from customers. 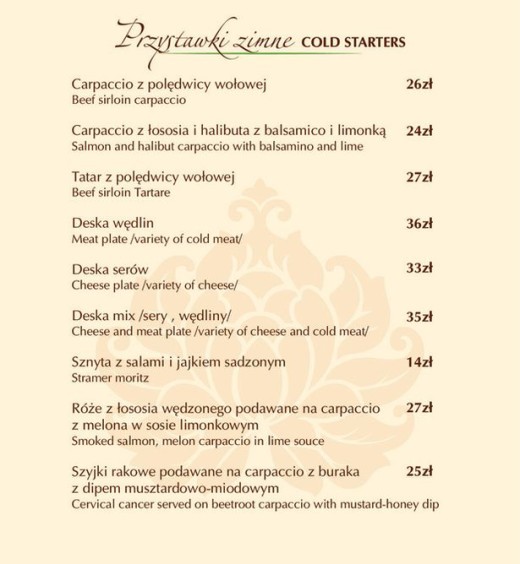