Translated Scroll Points to the Ark of the Covenant

Home » Blog » Translated Scroll Points to the Ark of the Covenant 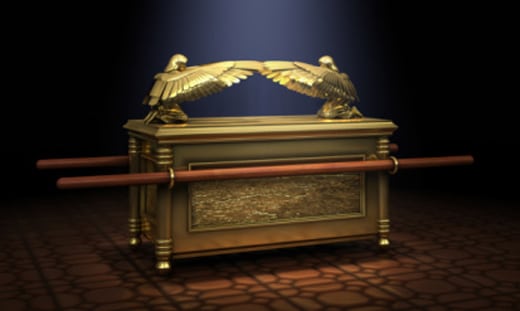 You may think that two thousand-year-old Hebrew texts describing the lost treasures of King Solomon or the final resting place of the Ark of the Covenant is something straight out of a Steven Spielberg movie script.

But such a text does in fact exist and has for the first time been translated fully into English.

The writings, “Treatise of the Vessels” (Massekhet Kelim in Hebrew), were translated by Professor James Davila, a professor at the University of St. Andrews, in an article in the book “Old Testament Pseudepigrapha More Noncanonical Scriptures Volume 1” (William B Eerdmans Publishing Co, 2013).

The text relates to the fabled Solomon’s Temple, also known as the First Temple in Jewish traditions, situated in ancient Jerusalem on the Temple Mount. According to biblical sources, the Neo-Babylonian king Nebuchadnezzar II plundered the temple in the sixth century BC when his armies swept through the holy city.

The temple itself was dedicated to Yahweh, God of Israel, and was said to contain fabulous riches. But its greatest treasure came in the form of the Ark of the Covenant, which, according to the Hebrew bible, was the chest that housed the 10 commandments brought down by Moses from Mount Sinai.

It is a tale that fires the imagination and plays with some of the oldest themes in human storytelling. And storytelling is just what Prof Davila believes the text is concerned with. The translations leave the exact location of the Ark unclear, while other parts of the text state the Ark and the temple treasures “shall not be revealed until the day of the coming of the Messiah son of David”.

Prof Davila concludes that the book is likely to be an early collection of Jewish folklore.

“Some of these (treasures) were hidden in various locations in the Land of Israel and in Babylonia, while others were delivered into the hands of the angels Shamshiel, Michael, Gabriel and perhaps Sariel,” he writes in the article.

When describing the riches, the treatise talks of “seventy-seven tables of gold, and their gold was from the walls of the Garden of Eden that was revealed to Solomon, and they radiated like the radiance of the sun and moon, which radiate at the height of the world”.

Another Hebrew source to mention hidden treasure is the Copper Scroll, part of the Dead Sea Scrolls found last century in a cave at Khirbet Qumran in the West Bank

The Copper Scroll, believed to have been written between 50 and 100 AD, is made of copper and contains some “striking parallels” with the Treatise of the Vessels.

The treatise says “a tablet of bronze” was used to record the location of the treasures from Solomon’s Temple.

Both the Treatise of the Vessels and the Copper Scroll also refer to “vessels” or “implements”, including examples made of gold and silver. Prof Davila says these similarities could be a coincidence, or they may speak of an early tradition that used metal to record important information.

The treatise itself is not new, with the oldest confirmed example dating back to 1648 and contained in the book “Emek Halachah”, published in Amsterdam.

A nineteenth century scholar named Adolph Jellinek published another copy of the text in 1876. However, the latest version is the first to be translated fully into English.

Davila told LiveScience that the writer of the text was not attempting to convey the actual location of the hidden treasures of Solomon’s Temple, but was in fact collating different legends and writing a fiction around them.

He said: “The writer draws on traditional methods of scriptural exegesis [interpretation] to deduce where the treasures might have been hidden, but I think the writer was approaching the story as a piece of entertaining fiction, not any kind of real guide for finding the lost Temple treasures.”

He qualifies this by pointing out passages of the text that seem confused and dis-jointed. At first the prologue suggests that a figure called Shimmur the Levite and his companions hide the treasures, while later “the text mentions the treasures being in the keeping of or hidden by Shamshiel and other angels”, Prof Davila said.

“I suspect the author collected various legends without too much concern about making them consistent.”

Whether fact or fiction, reading words that were written possibly thousands of years ago about long lost kings, tables of gold and heavenly artefacts can never fail to stoke the fires of imagination and leave readers with a tantalising taste of past events.