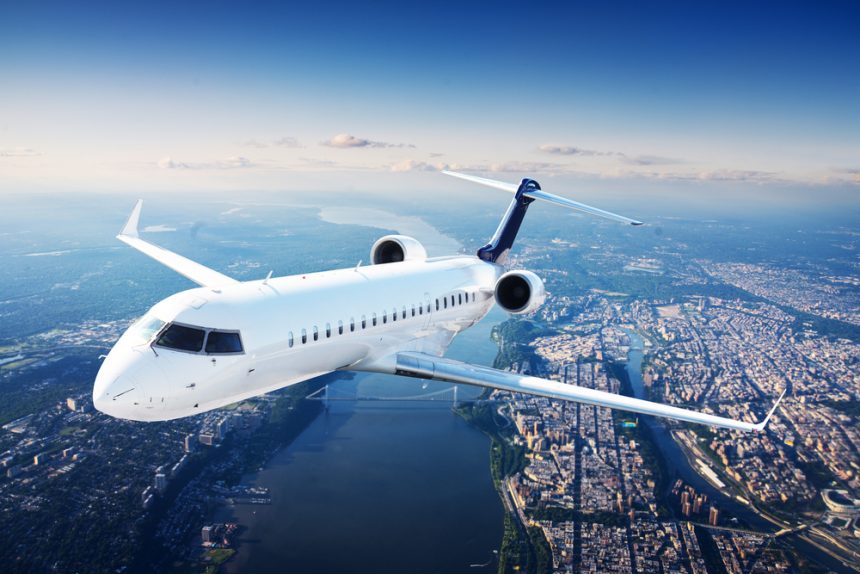 Africa has been touted as the next big market for luxury retailers. The global luxury industry is estimated to have been worth $279.5 billon in 2015, with just $4 billion of that being spent in Africa.

Thanks to a number of factors, including an oil boom in Angola and greater stability in the Ivory Coast, the number of dollar millionaires in the African continent is rising rapidly.

Natural resources such as gold, diamonds and cocoa may be a source of huge wealth for some, but fortunes are also being made in more modern industries such as financial services and telecoms. In 2014, some of the world’s fastest growing economies were African.

There’s growing optimism about Africa as an economic force. The UN believes that by 2050 the numbers living in absolute poverty across the continent will have decreased tenfold.

But the middle class remains small – according to the Pew Research Centre only around 6% of the continent’s inhabitants earn the middle class income bracket of between $10-$20 a day. Massive inequality means that much wealth is in the hands of a small number of people – and with few opportunities to spend their wealth domestically, much of this money is going overseas. How exactly are Africa’s wealthiest people spending their money – and where are they doing it?

According to African financial magazine Ventures, the number of African billionaires has more than tripled in the past five years. Africa’s millionaires are concentrated in South Africa and Nigeria, where many wealthy individuals derive their wealth from oil exploration and services.

The majority of Kenya’s wealth is in the hands of a few thousand individuals. The tiny island of Mauritius has the greatest proportion of millionaires and cities such as Johannesburg, Cape Town and Cairo also offer urban concentrations of super rich individuals.

It’s thought that Ghanaian capital Accra will see Africa’s biggest rise in millionaires with a 78% rise expected by 2025.

Inequality remains a huge problem across Africa. Whilst nearly half of Kenyans live on less than $2 a day, as much as two thirds of the economy is in the hands of fewer than a thousand individuals. A gulf in resource ownership brings with it all sorts of problems: one of these being that excessive wealth is often spent in overseas markets rather than locally, where it might stimulate the economy.

How they spend their wealth

It seems to be the case that demand often exceeds supply within Africa’s own consumer market. Although there are individuals with disposable income, their consumer ambitions are often frustrated by the limitations of the supply-side. Poor infrastructure and bad traffic are problems for retailers in Africa and there’s a lack of consumer trust in online transactions, which means cash on demand is a popular form of payment.

It’s thought around half the wealth of Africa’s super rich remains on the continent. Buying land is a popular investment of long standing, as this is still seen as an important family asset. Buying property overseas, especially in London and Dubai, is also a popular choice.

According to London’s Evening Standard newspaper, this year saw a 400% rise in West African buyers snapping up property in Central London compared to similar periods in 2014.

They also spend money on education overseas. According to the British magazine Tatler, Nigerians spend $500 million annually at British universities and schools.

Nigeria, a top oil producer, recently overtook South Africa as the continent’s biggest economy and it’s common for wealthy Nigerians to enjoy shopping trips overseas for the greater choice and lower prices that are available than at home. New York and Dubai are a popular choices and Nigerian shoppers are a also amongst the UK’s biggest spenders: according to shopping service Global Blue Nigerian visitors spend an average of around £500 per UK visit on everything from clothing to perfume. Nigerians tend to be especially keen to spend money on their appearances, and purchases such as clothing and shoes are popular choices for wealthy travellers. South Africans are among the world’s biggest spenders on cosmetics.

High Street retailers such as Zara and Mango have recently opened stores in Nigeria and internet retailer ASOS also ships free of charge to Lagos, Nigeria’s largest city. The middle class are taking an increasing interest in wine and better-educated consumers are demanding greater choice. The increasingly urbanised population, particularly in the south of the continent, is driving a new form of consumption that centres around new shopping malls. Only about a fifth of the continent has internet access but there’s been high adoption of new digital technologies, with countries such as Kenya leading the way in mobile payment solutions.

There’s also an interest in the usual oligarch purchases from shopping haunts such as Harrods. Nigeria is one of the world’s fastest growing markets for champagne and private jets. In South Africa there’s a growing market for luxury cars and Porsches are selling well in Angola.

Quality remains a key consumer preference, with Africans reporting that the quality of the goods they buy is more important to them than value for money or low prices.

How Africa is different

But the problems associated with living in Africa tend to distort the spending habits of the rich, compared to wealthy individuals in other parts of the world. Spending on transportations tends to be disproportionately higher for a high net worth individual in Africa compared to anywhere else in the world. For example, the Mail & Guardian Africa reported that the richest households in Tanzania spend an amazing 77% of their income on transport; in Chad it’s also over 70% transport and in Ethiopia and Ghana it’s around half of income.

This means an astonishingly high amount of wealth is being spent overcoming the limitations of the transport infrastructure. It’s being spent on private air transport to overcome the lack of facilities locally – many will be making regular shopping trips overseas or travelling to obtain services such as healthcare and education. It’s also being spent on vehicle maintenance, transport security and transport-related staff.

A report by the World Bank also found that in some parts of East Africa it was necessary to pay regular bribes to get past road blocks – an additional cost facing those trying to get around. It’s clear Africa’s wealthiest individuals are spending their money very differently to the wealthy residents of other countries.

Western brands and retailers have started to pay attention. H&M recently announced plans to open its first store in South Africa. Dominos already has two operations in Kenya and now plans to expand into other countries in East Africa. Starbucks is also planning its expansion into Africa.

72.4% of the African consumers says they are more likely to buy a product if the information is in their own language.

In South Africa for example, English is the official language and yet it is spoken as a first language by only 9.6% of people, compared to isiZulu (22.7%), isiXhosa (16%) and Afrikaans (13.5%). So these brands should be aware that regardless of the official language, translation and localization for their target audience are still key to success.