The Connection Between Music and Language

Home » Translation Blog » The Connection Between Music and Language 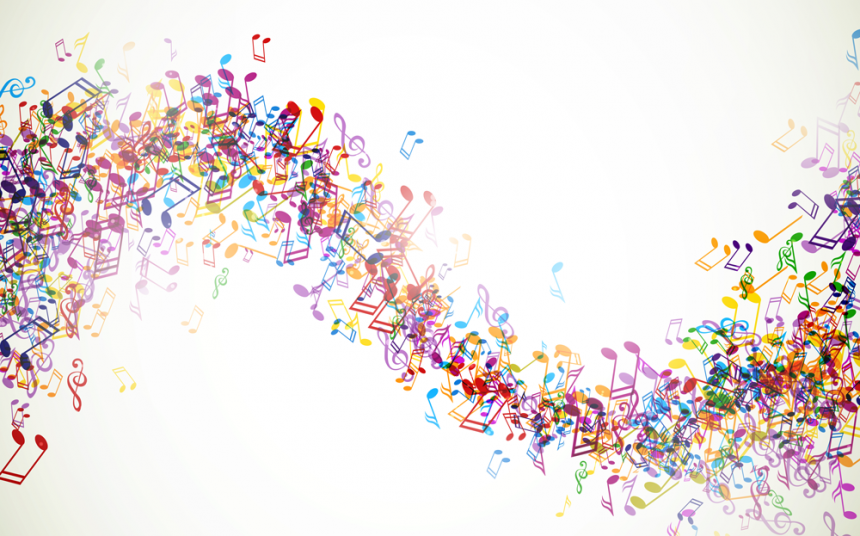 Music making seems to occur, in some form or another, in all human societies. Although musical behavior varies in sophistication, music itself seems to be universal across all human cultures and plays a key part in rituals of all varieties, and the origins of these practices seem very ancient.

There’s a theory that music is about more than just entertainment and emotional stimulus. Some evolutionary biologists are rejecting the view that music is just a byproduct of our language evolution. Instead it’s thought to be a critical part of the core functioning of our brains and one that pre-dated our language ability.

Whilst the archaeological record hasn’t yet produced rock solid evidence of musical activity that pre-dates language, there’s speculation that our ability to make music ourselves, such as vocally, probably pre-dates our development of instruments. The earliest instrument yet discovered is a bone flute that could be up to 57,000 years old.

Researchers have theorized that the cognitive and social skills that were developed through voice music and dancing may have led to our development of language. Music’s role in our evolution was therefore as a foundation to communication behaviors rather some by-product of it.

Research into child development seems to indicate that musical training is the only method proven to improve intellectual, linguistic, and emotional capabilities in children. This suggests we should forget Kumon maths and Baby Einstein and focus instead on developing music skills before the age of seven. Prior to this age, research suggests music training has the ability to boost vocabulary and verbal IQ and gives children a better sense of grammar.

People who study music before the age of seven also retain a lifelong advantage when it comes to pronunciation. This means that throughout their lives they may be quicker to learn new languages compared to other people who didn’t have this musical stimulation at a young age. It’s thought the reason for this effect is that the neural pathways relating to music and language may overlap. The reason we know about this overlap is that advancements in brain imaging technology have recently enabled us to visualize brain activity and catalyzed a whole body of research into music and cognition.

A piece of research in the late nineties showed that the brain seemed to display similar activity when processing linguistic grammar and the musical structures that are grammar’s equivalent. But this isn’t the case when an accomplished jazz musician is playing an improvisational rift. When their brains are visualized, the areas linked to meaning switch off during improvisational playing. What this implies is that music seems to be understood by the mind as a language disconnected from meaning. Experienced musicians, who are essentially “fluent speakers” in the language of music, will show activity in the language center of the brain during improvisational playing – though not in the area for meaning.

Although improvised jazz may seem unregulated, the music does obey some conventions such as key changes and chords, which are arguably similar to the conventions associated with a spoken language. The fact that “fluent speakers of music” can disconnect these parts of their brain in this way suggests music may be understood by the mind as a language with fluid meaning.

But other studies seem to imply that the specific meaning conveyed by music is understood in a surprisingly universal way. When researchers asked some subjects from very different cultural backgrounds to associate certain types of melody with specific emotions, the results were surprisingly similar irrespective of the subject’s background.

Subjects studied included college students in the US and illiterate Cambodian villagers. Researchers concluded that in an early part of our evolution, humans had likely developed finely tuned senses to detect changes in rhythm and speed in either predator or prey. By extension, we also seem to have developed the ability to interpret emotion from movement that includes subtleties of rhythm.

Therapists working with patients suffering language impairments, such as stroke victims, are hoping that music could help with healing. One therapist working at a stroke clinic is experimenting with treatments that aim to get the parts of the brain that process music to compensate for and take over from the damaged parts of the brain that handle language.

Musical neuroscience could also have implications for memory patients such as those suffering with dementia, who often retain every word of a song learnt in childhood even though other memories are lost. Music is being used in therapy for dementia patients to improve quality of life. Studies found that when memory patients were asked to participate in familiar songs, they subsequently scored more highly in tests of their cognitive ability and recorded better life satisfaction. The effect was not so great when the subjects merely listened to the songs compared to participating in music making.

Music may be a universal human attribute but musical ability is not unique to our species. Some bird species show innate musical awareness. Cockatiels and parrots have been found to bob along to the beat of music, and will stay on beat even when that music is played at different tempos. All these creatures are capable of mimicking speech and seem to be vocal learners. Whales also spend a lot of time refining sounds that we interpret as music.

It arguable whether non-human music makers interpret their musical noises in the same way that we do. Whalesong indicates that whales possess similar musical concepts such as rhythm, phrase lengths, and song structure as human music makers.

Birdsong also follows rhythmic patterns and pitches that are recognizably similar to human music, and some birds have been known to add percussion instrument noises to their music. Whilst there is a strong communicative element to animal music, the amount of time and enthusiasm spent on these musical creations seems to show that animals derive as much pleasure and fulfillment from music as humans do. Although, judging by this video, it may be some time before other animals master music instruments themselves.