Why English is Considered the Language of the Skies 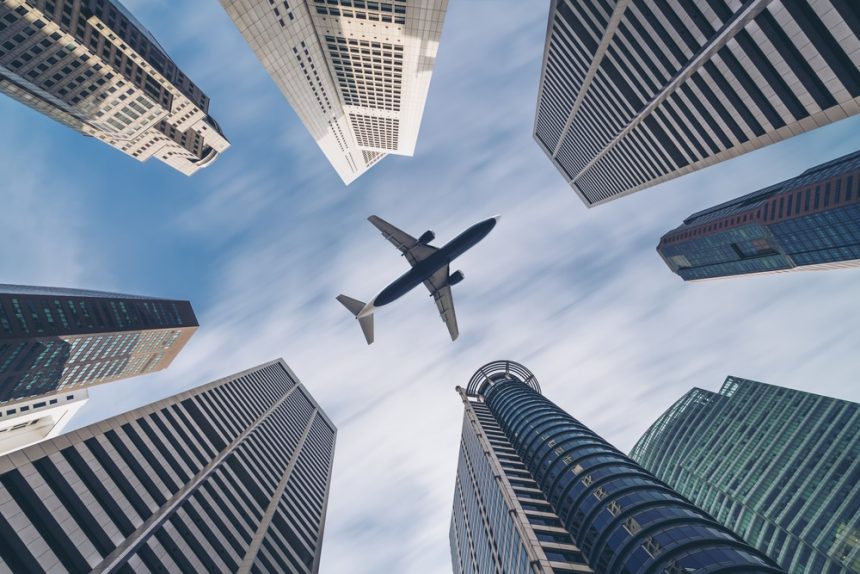 English has been the language of air travel since at least the 1950’s and this status was further cemented in 2008 when the International Civil Aviation Organisation introduced language proficiency requirements. Those working in aviation are now required to take regular tests to prove their English language proficiency, with the aim of improving communications and promoting safety in the skies.

Pilots and other air workers are required to pass a test in which they need to demonstrate an understanding of standard aviation terminology. Their ability to speak and use English is ranked from 1 to 6 in areas such as the structure of their grammar and their comprehension of instructions. It’s all geared towards safe and clear communications, particularly over the airwaves.

The nature of air communication

Communications between pilots and air traffic control is an odd, and very specific, type of interaction. For a start, there are no supportive facial cues. Understanding must be achieved entirely verbally, without any supporting gestures.

To help smooth communications, air workers are encouraged to develop a neutral accent that makes them as intelligible as possible.

English isn’t a language that really undergoes much policing. Unlike French, which has the Académie française acting as a leading authority on the language, English doesn’t really have any sole champion.

Aviation communication is one rare area where standards are rigorously maintained by any central body. Aviation English is a highly specialized language.

When it comes to radio-based communications, there are two styles that are followed. Air workers use ‘standard phraseology’, a very specialized phrasing used in a formal way during critical moments such as take-off and landing, and so-called plain language which is more of an everyday style of speaking, used for less formal communications over the airwaves.

Aviation English is a very formalised and technical way of speaking – even native English speakers need to spend time learning it.

In a development that’s rather worrying for anyone planning a plane trip, an independent report recently revealed aviation workers were cheating in their language proficiency exams and bribing their way to a pass. The report.

Commissioned by the UK’s CAA, shows that poor English standards remain a concern in the aviation industry, nearly ten years on from the introduction of formal language proficiency requirements. More than half a century after it was accepted as the language of aviation, the industry’s English skills still need some work.

At the time in the mid-twentieth century when air travel was becoming more common, English-speaking countries dominated the design and manufacturing of aircraft, as well as much of their operations.

At a 1944 convention in Chicago aiming to resolve some of the problems of air travel at the time also established English as the language of aviation. The aim was to help avoid misunderstanding and confusion over the radio and between international crews.

Although air travel is now much more widespread, with many non-English speaking countries participating in air transportation, English still persists as the language of the skies. Is English still a good choice? Well, there’s still a few arguments why English works in aviation.

For a start, English is a much-used language when it comes to international communications. It’s the official language of a number of major global institutions, it’s the accepted language of the scientific community, and it’s the most-learned language in the world.

Of course, the most important thing is for all players in air traffic communications to be able to communicate clearly. It’s arguably unimportant whether that happens in English, French or Xhosa – the language itself is less important than its clarity.

But in many parts of the world, anyone who wants to get ahead in life learns English. It’s not just the aviation industry that values English. Many people coming into the industry are likely to have found other reasons in life to learn the language.

But does English have any intrinsic value as the language of aviation? Although it was chosen for historical convenience, is there anything about the language itself that lends itself to clear communication in air transport?

There’s an argument that English is a pretty egalitarian language, one that doesn’t waste a lot of breath on civilities or honorifics. There’s some anecdotal evidence that this lack of recognition of authority may be beneficial in high-pressure situations.

Korean language requires the speaker to address seniors using more convoluted language – something that’s not always beneficial in a crisis moment. It’s thought the deference shown by a junior pilot to a senior one may have been a factor in a 2013 air crash.

It could be argued this is a cultural rather than a language factor – but the experience of Japanese firms that have switched from Japanese to English suggests that changing to a less deferential language can promote more equal standing between colleagues.

This may be an advantage of using English in aviation controls – there’s little room for deference written into the language. But there are other languages besides English that lack inbuilt deference.

What’s more interesting is the status of English as a second language for many people in the world. Many English-using aviation workers will have English as their second, third or fourth language.

There are some dangers associated with operating in a second language, with added risks of misunderstanding and the need to overcome accent issues. But there’s also some evidence that people follow more logical and less emotional decision-making processes when they speak a second language. Possibly this may be an advantage when dealing with the high-pressure world of aviation communications.

Really the ultimate argument for English in aviation is that it’s a common second language around the world. It doesn’t look as if it will ever be replaced as the language of flight, although it’s clear that the industry still needs to improve standards of communication.

With air travel doubling in volume every 15 years, there’s likely to be even greater need for clear communications in our crowded skies.