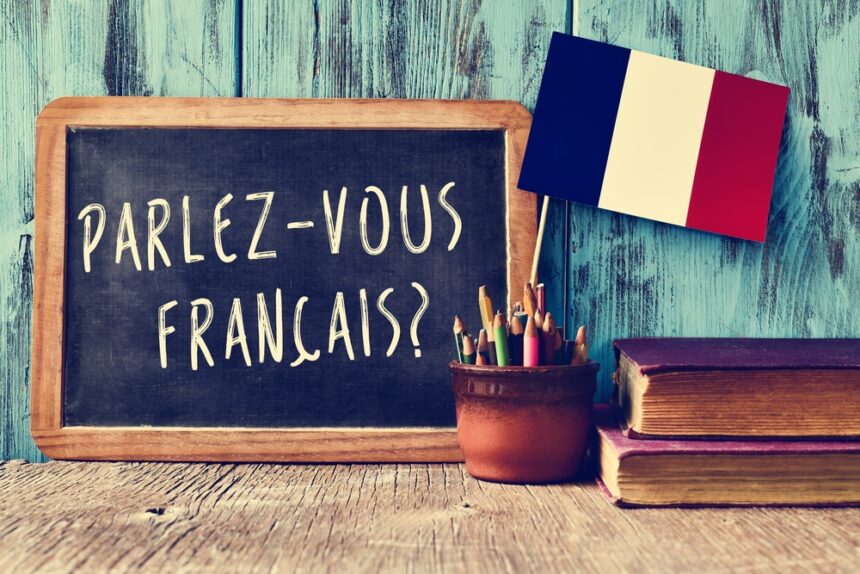 Why are we still teaching French to school kids? From an economic perspective, it isn’t all that beneficial to learn and there are other languages likely to be more useful for working life.

French remains language the most commonly studied in UK schools, despite the fact it’s neither our biggest export market nor even our number one holiday destination.

According to the British Council, the UK’s most significant export markets (besides English-speaking ones such as the States) are German and Dutch speaking.

Spain is our favorite place to go on holiday: it’s almost twice as popular as France for British holidaymakers. Yet at both GCSE and A level, French is far more widely studied than any of these languages.

France as an economic partner

If we seek to develop relationships with the most economically viable partners available, France and Francophone countries would perhaps not be our first choice.

The Center for Economics Business and Research does not view France’s economic prospects with much optimism. CEBR has stated that it expects France to fall from its current position as the world’s 5th largest economy to the 9th by 2030, as the pace of French economic reform is too slow for France’s economy to even tread water. Entrepreneurs and high fliers seem to be fleeing France’s regulatory and taxation environment, and 10% of the workforce are unemployed (compared against 4% of Germans).

Although there are many Francophone countries around the world, these are not some of the world’s economic powerhouses.

None of these offer the prospect of strong future trade links with Britain if we can only communicate with them. If we want to invest in partnerships that have the best present and future prospects, France and the French-speaking countries may not be the most sparkling choices.

The number of pupils learning French or German has been on the decline in recent years. This isn’t because other languages are being taught instead: rather it’s a reflection of the overall decline in language teaching in our schools. In 2015, fewer than half of all pupils taking GCSEs took at least one in a foreign language.

The UK is one of the worst countries in Europe for teaching languages to schoolchildren.

UK schoolchildren are less likely to learn multiple languages than in most countries in the EU. In Britain, kids learn an average of just one language, compared to 2 or 3 in Luxembourg. It’s also the case that the number of pupils taking language exams has fallen by close to half in the last decade.

With schools under pressure from packed curriculum, it’s perhaps inevitable that some subjects will lose out. UK schools have been instructed to focus on STEM subjects, which perhaps has come at a cost to language learning.

Children may come under pressure to perform well in exams in order to boost their future career prospects. But are they also encouraged to learn languages in order to assist their careers? Although the UK workforce is said to need greater language skills, there’s little evidence that employers reward workers who have them. Salaries for workers with foreign language skills are rarely significantly higher than for monoglots.

According to 2002 research in the US, a country that shares the UK’s low enthusiasm for learning foreign languages, workers with language skills earn only 2% higher hourly wages than those without them.

Over a working lifetime this may accrue to a sizeable income boost, however the day-to-day difference isn’t big enough to incentivise pupils to study languages for the sake of their future career. In fact, English is the language that offers the highest rate of return – and the UK and US already speak that.

A different approach might be to consider the relative difficulty of learning a particular language versus the likely income boost that speaking it will bring you.

French, German and Spanish are relatively easy to learn, according to the Foreign Service Institute’s handy estimate of the number of hours required for an English speaker to learn these languages.

It will take you nearly three times as long to learn a tricky language such as Mandarin, Arabic or Japanese. Naturally, the canny student should consider the likely return on the time they invest into learning a particular language.

Based on US data, knowledge of German can boost career earnings by around $128,000 (around £90k), whilst French will boost it by only $77,000 (around £55k). With France’s economic prospects looking shabby, this gulf could widen even further in the future.

In the UK, Spanish is potentially becoming more significant in the workplace than German.

This is because of recent Spanish business takeovers of brands such as Santander and O2, and the merger to BA with Iberia.

Contrary to what many people think, Mandarin may not be that useful to the career of a recent UK graduate. Paul Lawton, a director at language recruiter Merrow, identified that his business generally found enough Mandarin speakers to fill positions, implying there was no shortage of speakers in the UK.

Although China may be a significant world economy, the UK isn’t yet in a trade relationship with China where it is necessary for us to provide sales or customer service support in Chinese languages. That time may yet come. The fact is, Chinese languages are so difficult to learn that there may not be enough benefit to justify the time invested.

Which languages should we be learning?

If we’re to base our language teaching on the UK’s present most significant trade partners, we should perhaps consider learning more German and Dutch.

If we consider the UK’s current business connections and holiday habits, Spanish might be very useful. And if we look to the world’s future economy, we’re likely to see Mandarin, Japanese, German, Portuguese and Korean emerging as more significant economic languages than French.