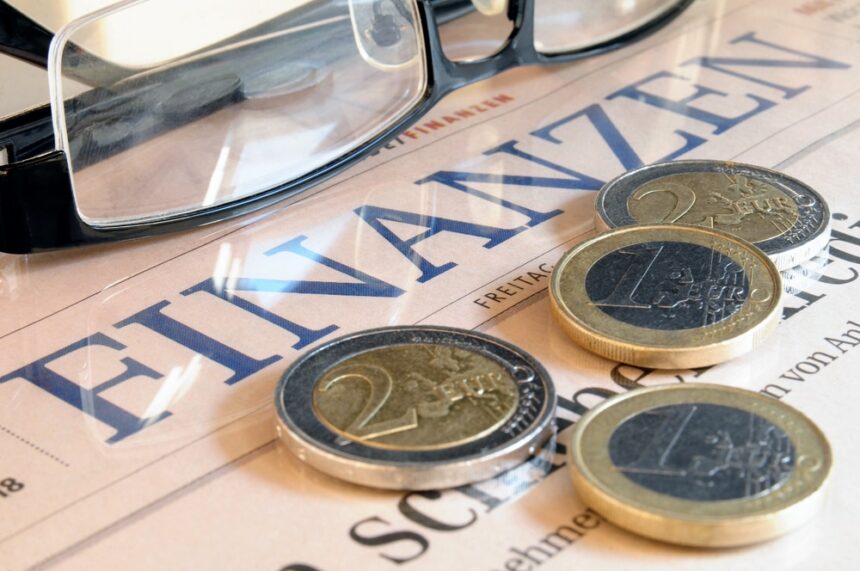 As the EU’s largest economy, and the EU’s biggest banking sector, the way German banks behave is significant for the wider EU economy.

Yet Germany’s banks have been behaving with uncharacteristic resistance to European union. Nearly all of the German banks that are under ECB watchdog supervision insist on communicating in their own language. This is despite the fact that English is the official language of the ECB and generally the working language of international financial institutions.

German banks are attempting to put barriers around themselves and resist ECB policing of their practices, simply by insisting that the ECB communicates with them in German.

It’s a simple but effective measure. The banks have a perfect right to insist on the use of their preferred language. It suits their staff, who obviously prefer to draft documentation in their native language. It gives them the upper hand if they need to challenge things in a court of law, because there’s no need to include translators in their legal team. And it pushes responsibility for translating documentation onto the ECB, who then face delays in getting the materials they need to deal with the banks.

Germany tends to be the most enthusiastic proponent of co-operation with European institutions such as the ECB, so it’s striking that the EU’s most populous country is resisting bank supervision in this manner. Although banks do have the right to choose the language with which they prefer to communicate with the ECB, most choose English. Outside Germany there are over 100 banks in the EU, of which only 14 ask to communicate with the ECB using their native language. In Germany, only 3 banks communicate in English. It’s a stark contrast to established banking practice across the European Union.

It’s thought that part of the reason the German banks may be opting to use their own language in dealings with the ECB may partly be as this gives them the upper hand in negotiations. Getting materials translated takes time, meaning the watchdog is less responsive. This means the banks in Germany are using their choice of language to leverage an extra modicum of power in their relations with the ECB authorities.

Since the economic crisis a few years ago and the collapse of some banks, the ECB has aimed to keep a check on banking across the euro zone.

The institution now acts as a watchdog for the larger financial lending institutions in the EU. Recently the ECB has been running ‘stress tests’, a way of assessing how resilient European banks are to economic shocks. In contrast to their normal practice, German banks have been co-operating in the stress test activities using English. In most of their dealings with the ECB authorities they continue to insist on using their own language.

The significance of German banking

Germany has a comparatively large number of banks. With around 1,700 domestic credit institutions, this single country offers about a third of all banks in the monetary union. This sizeable banking presence means that how German banks behave is significant for the wider economic region.

German banks have been those most resistant to the ECB’s decision making. But German banks seem to be emboldened by their financial significance to the European economy. As they represent such economic clout, why shouldn’t the ECB communicate with them in their preferred manner?

Germany’s banking system is characterized by the robust representation of small and medium sized financial institutions.

Over a third of German’s banking institutions (including savings banks) count as so-called ‘less significant institutions’. The connotation of this is that smaller banks are not directly supervised by the ECB. Whereas in other member states, these ‘LSIs’ represent only around 15-20% of total financial assets in that economy, in Germany they account for a much larger proportion. Around 35% of assets held in German banks are held in institutions that are not directly supervised by the ECB. This means that Germany’s banking sector is uniquely placed to act with some independence from ECB strictures.

Germany has never shied away from assuming responsibility and shouldering economic burdens within the EU. Greece would never have remained afloat financially had Germany not ponied up a considerable sum to prop up the Greek economy. As the economy that arguably bankrolled EU stability through crises such as this one, Germany perhaps should be entitled to some privileges.

ECB supervisors have described German banks’ insistence on dealing with them in German as “a huge headache”.

By insisting that official documentation is presented to them in German, the banks often cause delays in proceedings with the ECB authorities. It’s also the case that Germany’s banks tend to be among the ECB’s most outspoken critics.

As Britain achieves its painful withdrawal from the European Union, Germany’s pre-eminence in the EU is likely to rise even further. Germany and the UK were always the two largest economic forces within the EU, and with the UK taking a lesser role in future Germany is going to have even more significance as the key economic heavyweight. The relationship between Germany banking and the ECB may be even more significant to the EU’s economic stability.

Germany has always been a driving force between European unity, and the banking industry tends to seek stability rather than take risks. The tendency of Germany banks to defy ECB authorities is more about throwing their weight around than wanting to indulge in practices likely to destabilize the Eurozone. It’s striking that their weapon of choice should be language. As a tool of defiance, it’s strikingly effective at putting a barrier between their practices and ECB attempts to regulate them.