How To Talk To Xennials: Generational Change In Youth Marketing

Home » Translation Blog » How To Talk To Xennials: Generational Change In Youth Marketing 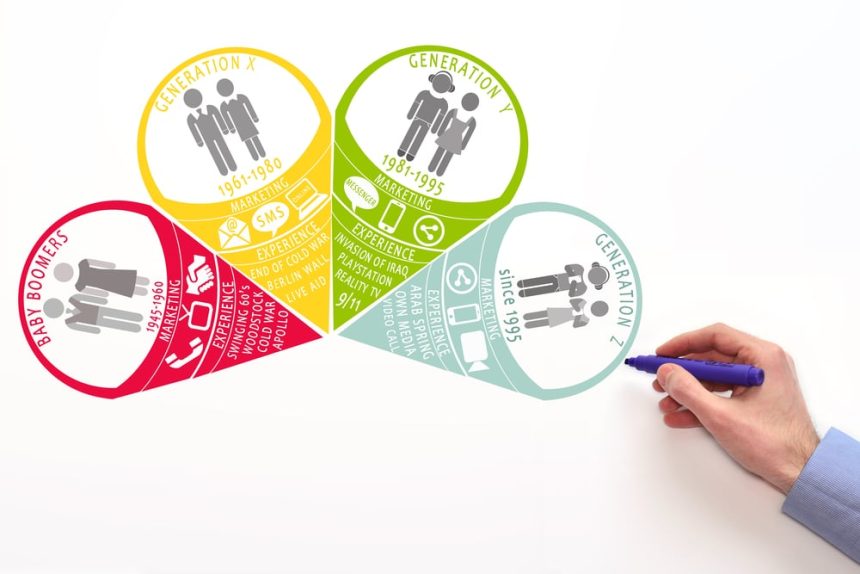 Marketers have a tendency to lump huge numbers of consumers into demographic groups that are too broad to be very revealing.

Lumping two decades worth of birth dates together to create generations such as the Millennials and Centennials ignores the very different experiences of those at the start and end of these time periods.

That’s particularly true of Xennials – a term for the unique generation sandwiched between the analog and digital eras.

Born as Ford came into power, they grew up without the internet but began to access it as they came into adulthood. They remember dial-up, the Walkman, and the fall of the Berlin Wall.

Although many aren’t yet 40, they’ve seen and adapted to major technological changes within their lifetimes. In some ways, they’re the luckiest of the recent generations.

Born between the late 70’s and early 80’s, this micro-generation was fortunate to avoid having their adolescence angst rendered into a digital record, and avoided the cyberbullying and sexting pressures that later generations faced.

This is the generation that remembers events such as the fall of the Berlin Wall and the end of Apartheid, but their childhoods weren’t shaped by Columbine and the 2007 crash. As a consequence, this generation is seen a lucky one, inclined towards optimism and with only a dash of generation X cynicism.

“We were born at dawn,” wrote one member of this generation, “in the quiet break between two generational moments.” And Xennials are definitely a sandwich generation, with one foot in the analog world and one in the digital one – but not quite belonging to either.

But the identity of the Xennial is not just about their experiences with communications technology. They have also experienced unique cultural, political, and economic times that have shaped them like no other demographic group.

This generation got their careers underway before the economic crash of 2008. In the UK they may have benefited from tuition-free higher education, meaning they entered the workforce with considerably less debt than those just a few years younger.

They’re much more likely to have gone to university than prior generations and have paid less to do so than subsequent ones. If they’re really lucky, they may have bought a home before property prices skyrocketed: many Millennials and Centennials may consider that a distant dream. Financially, the Xennials are far better set-up than later generations.

Although only slightly older than the oldest Millennials, the Xennial generation is not the same and marketers need to find new approaches in order to engage with them.

Nothing annoys Xennials quite so much as being described as Millennial. Not only are Millennials unfairly maligned by the media, but Xennials recognize that this younger generation grew up in very different times.

Perhaps the key difference is that Xennials are fundamentally net immigrants: they’re the last generation to grow up with library card indexes, a home landline phone shared with the rest of the family, and possibly typewriters.

Although Xennials may have grown up analog, thanks to the flexibility that comes with youth they very quickly adapted to digital technology. They remember old technology such as the manila folder, floppy disk, and index cards; these glyphs make perfect sense to them when used in digital format.

Xennials often have digital blind spots: they’re more likely to migrate to desktop to complete a purchase, for example. They may have digitized most aspects of their lives but still rely on analog personal calendars, for example.

Xennials tend to have longer attention spans compared to Millennials. They remember the analog ways of teaching, using blackboards and working through lessons linearly as a group, but they may have adapted to digital methods such as online learning and progressing at your own pace.

Xennials are essentially opportunists, picking up the elements of the post-digital world that suit them but sticking to some of the old ways.

Xennials are now at the stage where some new technology is starting to feel a little baffling. They may not quite be on board with Snapchat yet, and their pragmatic approach to adopting new technology means they may not hop on that particular train. But it’s important not to talk down to this group.

Xennials have seen, and in many cases voted for, significant social changes such as marriage equality. Marketers aren’t going to succeed with tired old tropes such as laundry advertisements exclusively featuring white housewives.

In terms of life stage, this generation is less predictable than any that have predated it. It’s not possible to assume that an Xennial is in any particular relationship status at any particular age; their children could be adults themselves or still small toddlers.

Career-wise they may be part of the “gig economy” (following a portfolio career) that’s become normalized for Millennials, or they could share the baby boomers’ expectations for a single long-term employer.

Attempts to generalize about this generation’s lifestyle is unlikely to work well from a marketing perspective.

Xennials are an unusual generation, standing with a foot in both the analog and digital worlds and confident in both. Financially they’ve been fortunate, in many cases missing out on some of the challenges that younger generations have faced.

Yet while Xennials are a unique group that are sometimes difficult to understand, they are also a powerful untapped resource and marketers need to abandon assumptions and generalizations if they are to approach them successfully.