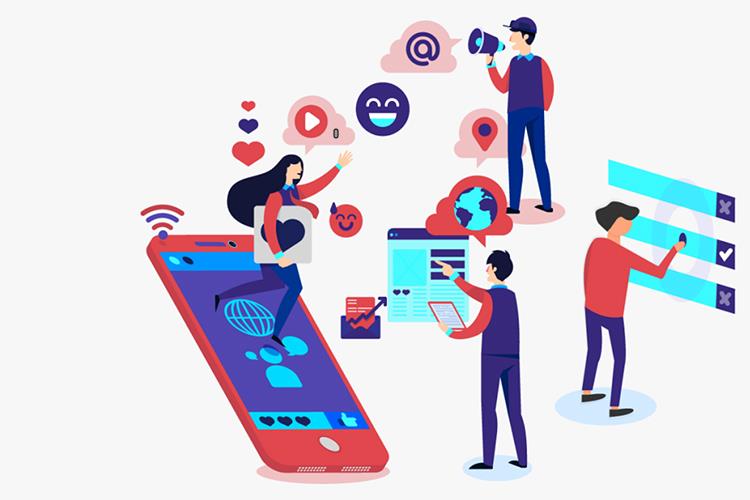 If we went back fifteen years, to the days of SMS and newly developed instant messaging services such as BlackBerry Messenger (BBM) and MSN Messenger, we would find an abundance of hand-wringing articles about how texting and the internet were to be blamed for a decaying vocabulary and use of the language.

However, languages belong to their users, and economisation – the need to save time and cut corners and thus one of the main traits of languages online – plays a big role in language evolution. It just so happens that in the era of the internet and globalism this change is more evident than ever.

Yes, languages are indeed changing and it’s clear that the internet has a fair amount to do with it, but while these concerns were valid and had some foundation at the time, they failed to truly materialise; languages do not appear to be deteriorating. This language evolution is also not happening as fast as we might have originally thought.

We can still read works that are centuries old and understand them in their entirety, and the older generations have little trouble communicating through apps with their younger counterparts. For the sake of illustration, my grandma, at 90 years of age and has never gone to school, is a pro at WhatsApp and taking selfies!

While we’re on the subject, “selfie” is just one of the thousands of new words that originated online and have been added to dictionaries in the last decade —and not just to English dictionaries.

Spain’s official royal institution of language, for instance, also included it in 2018. This overlap of languages has been happening more and more frequently since the internet revolution began, and loanwords are now more common than ever before.

Think of words like unfriend, wireless, hashtag or hacker; these have all been incorporated into our daily conversations, in many languages other than English too, and while a lot of these “new” terms already existed, they now have additional meanings with some having even taken on an entirely new significance.

Nowadays, you can tell someone to look up the meaning of photobomb on a search engine, but you would be far more likely to just ask them to Google it. And when you accidentally click the like button on a tweet from a celebrity you don’t really stan, you can go back and unlike it ASAP.

If we look closely at the term unlike, for instance, which existed long before the internet was available to the common user, we realise that it now means different things depending on the context. Before, it was only an adjective that meant different, not alike. Now, it can also be – and is vastly used as – a verb. And if that’s not enough, it isn’t the same to dislike something as it is to unlike it, for the latter involves withdrawing one’s approval of an internet post that one has previously liked.

This shift in languages not only happens at a lexicon level. The internet also greatly influences its shape and form, to the point where writing online has become a genre in itself: punctuation free, at times all in lowercase, at times ALL in uppercase for emphasis, even accompanied by emojis or emoticons.

Ten to fifteen years ago, it would have been hair-raising to see a book published in such an innovative style, but the language of the internet is little by little transcending to poetry and novels. Therefore, language rules as we know them today are most likely due for a change, or at least, must have room for some flexibility. However, this is a conversation best left for another day!

To put it simply, and to address the concerns of those that defend the “standard” language by blaming technology and social media for a change that was inevitably going to happen one way or another: yes, the internet is changing languages. But then again, it is us, the users of both language and the internet, who resides at the core of the web. We evolve and adapt to our surroundings, and it is only natural that languages will do so alongside us.