The Origins of Two of English’s Most Popular Swear Words 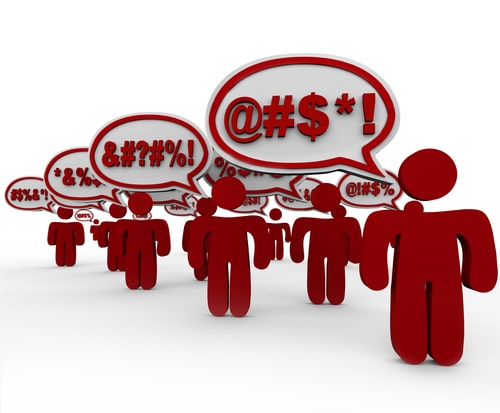 Swear words have existed in the English language since the days of our forebears – and their forebears, too. We would have a much better understanding of their etymology if people had not been too afraid to write them down, but back in the days they were used far more in common speech than in easily traceable written forms. Many editors refused to include them in their dictionaries, but luckily, the evidence for most swear words comes from records of court proceedings, where people’s spoken language was recorded verbatim. Some naughty words were also documented in pornographic books, because here the obscene language went hand in hand with obscene doings.

Melissa Mohr, a medieval literature expert, released her book Holy Sh*t: A Brief History of Swearing from the Oxford University Press this month and traces the use of cursing back to Roman times. She also reveals in her book that the average person uses about 0.7% of existing swear words during one day. This might not seem a lot, but she states that we use first-person plural pronouns (we, our) just as much. In cooperation with Timothy Jay, a psychology professor at the Massachusetts College of Liberal Arts, she found out that even toddlers know at least one swear word by the age of two and that children start swearing around the age of three and four.

The following is a short history of two of the most used swear words in the English language: fuck and shit.

It is assumed that fuck has a Germanic background (like many other English swear words), but the Oxford English Dictionary states that its ultimate etymology is uncertain. It was first attested in 1475, but may be considerably older. Fuck made its first appearance in a poem which was a mixture between English and Latin. However, the word was coded due to its unacceptability.

The poem Flen, flyys, and freris satirises the Carmelite friars of Cambridge, England. The line which contains fuck reads “Non sunt in coeli, quia gxddbov xxkxzt pg ifmk”. The Latin words “Non sunt in coeli, quia” mean “they [the friars] are not in heaven, since”. The code “gxddbov xxkxzt pg ifmk” is easily broken by substituting the preceding letter in the alphabet, taking into account differences in the Latin alphabet and spelling: i was used for both i  and j, v was used for u and v and vv was used for w. This reveals “fvccant vvivys of heli” which can be translated as “They are not in heaven because they fuck wives of Ely [a town near Cambridge]”.

There are also many false etymologies and the following is probably one of the funniest. During the Black Death in the Middle Ages, towns tried to control their populations and interactions. Many tows required permission to have children as uncontaminated resources were scarce. Thus, the legend goes that couples had to obtain royal permission before having intercourse and hang a sign on their door which said “Fornicating Under Consent of King”. The acronym for it is fuck.

Fuck has cognates in other Germanic languages, such as German ficken, Dutch fokken, Swedish focka and Norwegian fukka.

The word shit firstly appeared around 1,000 years ago and can be traced back to the Old Norse origin skita. The Old English form was scitta and in Anglo-Saxon books the word scittan referred to a cattle having diarrhoea. In Middle English it morphed into schitte (excrement), schyt (diarrhea) and shiten (to defecate).

The noun shit has been used for an “obnoxious person” since at least 1508 and as “rubbish” since 1890 when Cora Pearl wrote: “The government is a load of shit!”. The adjective shit-faced (i.e. drunk) has existed since the 1960s where students used it as a new form of slang.

In Modern English the word shit is considered vulgar and profane. It can be used as a noun (to refer to fecal matter), as a verb (“to defecate”) and in the plural version (the shits) it still refers to its ancient meaning of diarrhoea.

Watch a video about the book Holy Sh*t: A Brief History of Swearing: