Home » Blog » Digital Natives and the Future of Online Retail 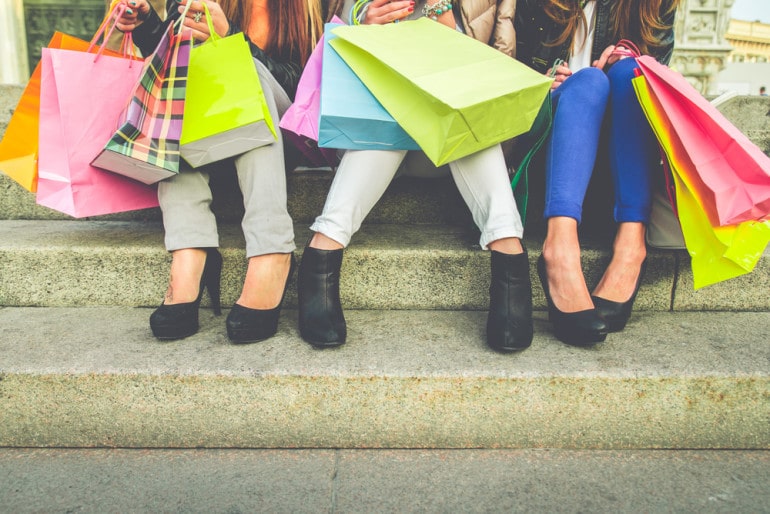 They’re called ‘digital natives’ – young consumers who have grown up with the internet and who have always known the presence of digital technologies in their lives.

Unlike their older counterparts the ‘digital immigrants’, digital natives are accustomed to online shopping, mobile phones and ubiquitous broadband; all of which impacts on their behaviour as consumers. Not only are they accustomed to being connected at all times, meaning they expect to be able to shop 24 hours a day, they are also comfortable multi-tasking, and expect to be able to move between channels seamlessly.

Retailers are coming to understand that the digital native generation (generally understood to be anyone born after about 1985) has a very different approach to shopping than previous generations. So what does this digital native audience mean for the future of online retail?

A report last year by Samsung Electronics described the concept of ‘retail theatres’; a way to connect shoppers’ online and offline experiences. This approach recognises that although digital natives regularly go to major shopping locations, their preference is to buy online after researching offline.

Bricks-and-mortar stores are a place to socialise and research purchase intent. When surveyed by Samsung, the majority of 16 to 24 year olds wanted a novel and appealing retail space and said retailers should do more to interest them in new products when they visited stores.

A similar study by Oracle agreed that the social nature of offline shopping was a big factor for this generation. Oracle advised that retail outlets should be designed with the entertainment and leisure aspects of shopping foremost. Not only did customers expect range, value and service but they also expected a pleasurable and entertaining experience.

The digital native generation isn’t a single homogenous group. The study, which looked at consumers in the major Western European markets of Britain, France and Germany, found that it was French digital natives that valued the sociable nature of shopping most highly. 59% of French respondents saw shopping as a way to relax: only 39% of German agreed with them.

Other cultural differences were also identified in this particular age demographic across the three markets studied. The Germans tended to be the keenest online shoppers, and both British and German consumers favoured major online brands with good reputation for technological excellence. By contrast, French consumers preferred to shop online from local stores. In terms of using technology in-store, French consumers had the strongest tendency to use this for accessing promotions and coupons.

The role of technology, as far as digital natives are concerned, is very much a practical one. Retail technology is valued according to how user friendly and convenient it is, and there is room for retailers to differentiate themselves by satisfying these requirements.

Technology was identified as having a strong role to play in helping customers locate and purchase the right product both offline and online. Because this demographic spends a lot of time online, digital channels are often the best way to reach them with offers and brand communications – even for offline retailers.

Not only does the digital native generation demand an enjoyable in-store experience, they are also demanding when it comes to price. This generation is accustomed to being able to easily compare prices, and they have been strongly conditioned by the economic environment of the financial downturn.

However, there was a strong difference in the tendency of consumers to compare prices online. Whilst German shoppers were the most likely to compare prices online to get the best deal, only about a fifth of French shoppers did so. Young shoppers in Germany were motivated by loyalty to their preferred retailer, whilst French ones favoured price and choice. In the UK, price was key. The British market was also more strongly influenced by seasonal sales that their continental counterparts.

When asked about the likely state of retail in 2025, the audience generally felt that physical stores would continue to be important to their shopping habits. Range and product information were thought likely to be of greater importance in the future, and customers also expected that the most competitive retailers would be the ones offering better product customisation options.

It was generally identified that all those surveyed would opt for a retail experience offering good range, product assortment and price rather than favouring a particular brand. Perhaps because this generation have become accustomed to the wide range of options and brands offered by pure play retailers such as Amazon, they expect a wide range of products to be available.

The role of social

Although it was identified that social media had a part to play in the shopping experience, the direct involvement of social in the purchasing process is still rare even for the digital native generation.

In the UK, it’s common for young consumers to discuss products and brands online but then to purchase them in an entirely different environment. Retailers may be pleased to hear that this group has a greater tendency to share positive comments about products and brands than negative ones, suggesting they have a future as brand advocates. This age group also reported that they habitually receiving unpersonalised messages and promotional offers, suggesting retailers still aren’t tailoring their marketing to this group.

The digital natives represent the future of retail and the views of this demographic strongly indicate the direction of this industry. It seems that customers are accepting of the role of technology in the retail mix, but that retailers need to get better at using technology to personalise the customer’s experience.

Customers have a greater exposure to choice than ever before and digital natives have high expectations for price, range and product differentiation. Future consumers are making complex purchasing decisions using research tools that were not at the fingertips of prior generations. The new consumers are making purchase decisions carefully, and armed with a great deal of information. For this reason, transparency of pricing and the range offered is important in every channel.