The Rise of Gender Neutrality and its Impact on Language 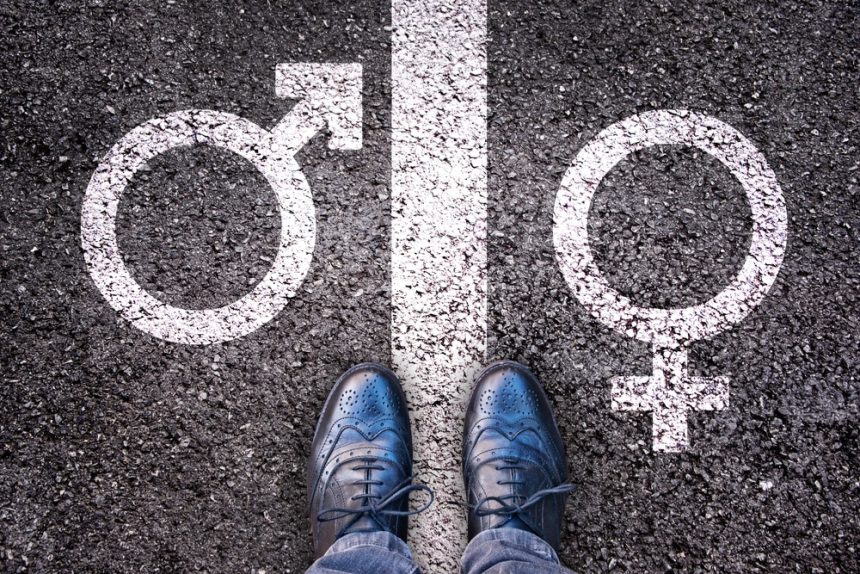 Gender stereotyping is one of the most talked about topics in gender politics today, as attitudes surrounding gender roles in the West begin to change. Take the gendering of children’s toys, for instance. Walk down the aisles of popular toy stores around the world and the obvious color-coded identifiers are unmistakable.

Thanks to a new wave of brand marketing in the 60s and the launch of kids’ cable television channels in the 80s, children’s toys are now more divided by gender than just 50 years ago.

However, as conversations around gender-related issues become common among younger generations, parents, and the LGBTQ+ community, we’re now seeing increased efforts by brands and institutions to shift the paradigm of gender stereotyping and gender identity to favor more gender-neutral terminology.

Last year, we discussed how brands can use language sensitivities to navigate gender identities in order to reach younger consumers. Adapting language that caters to gender neutrality is fast becoming a common practice used by brands in the retail and FMCG sectors to differentiate themselves, target new audiences, and fine-tune the marketing of products that aren’t necessarily gender-specific.

In 2015, retail giant Target removed gender-based signage from their stores, including in their bedding and toy areas. That means the store no longer offered suggestions for “boy” and “girl” options, but grouped these together under the gender-neutral “kids.” Target also removed color-coded paper—in pink, blue, green, and yellow—from the back walls of shelves in the toy section in order to reflect their new gender-inclusive approach.

While some retailers insist they’re simply providing a product that their customers want, the impact of brand perception on social-media platforms, coupled with the change in attitudes towards gender stereotypes, indicates that this may not necessarily be the popular opinion.

This isn’t the first time a major brand has removed gender bias from its products. It’s a trend that’s borne from the fashion industry due to its proximity to pop culture.

It’s no surprise, then, that Main Street brands are starting to follow suit, with Zara launching gender-neutral collections and U.K. retail giant Topshop recently announcing gender-neutral changing rooms for all customers, including at their 87 U.S. locations.

Online retailers are in a prime position to make these changes more quickly than legacy brick-and-mortar brands like Target. For example, brands that sell children’s toys on Amazon are already adapting their product names and descriptions to omit words like boy’s and girl’s and replace these with the inclusive term kid’s. 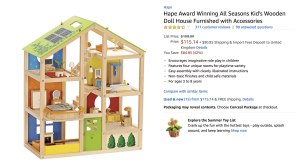 Fashion brands that produce unisex clothing lines often omit typical gender-based phrases in product descriptions. For example, ‘beautifully shaped’ has traditionally been used to describe the feminine silhouette of a product targeted at women. Instead, brands like Hugo Boss tend to highlight the simplicity of the product, keeping its copy focused on its basic functionality. 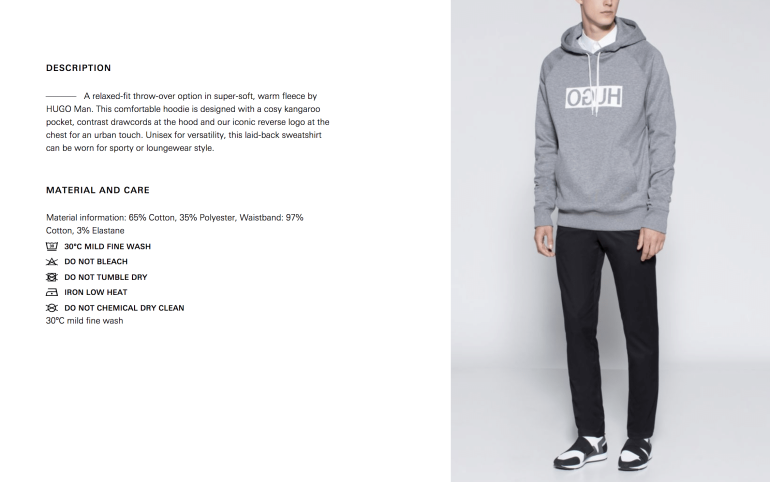 Interestingly, Levis Strauss & Co. takes an intuitive and inclusive approach that’s more in line with the brand. Its unisex line of clothing, aptly named ‘Unisex/For Everyone,’ includes phrases like ‘inclusive silhouettes’ and ‘versatile fit’ and its eCommerce product page features both male and female models.

Grammatical gender is born out of historical evolution as opposed to our primary experience of the world. Considering the world’s linguistic diversity, grammatical gender isn’t perceived in the same way from country to country. Both Hungarian and Finnish completely lack grammatical gender, while English holds gender pronouns for people and lumps everyone else into a universal ‘it.’

Historically, students of English grammar have been encouraged to use the ‘masculine rule’ when referring to a hypothetical person who could be either male or female; ‘he,’ ‘him,’ and ‘his’ would be the appropriate pronouns for both genders. Most recently, the use of ‘one’ or ‘he/she’ have been used as generic personal pronouns in an attempt to make the language less sexist.

In the last five years, the ubiquitous ‘they’ has become the favored singular epicene pronoun. While many grammarians hate the use of ‘they’ as a singular pronoun, it’s a word that’s fast becoming more common with younger generations as well as copy editors alike.

In fact, the American Copy Editors Society, the Chicago Manual of Style, and the Associated Press have all updated their style guides to include the use of ‘they,’ ‘them,’ and ‘their’ to be acceptable in limited cases as a singular or gender-neutral pronoun when alternative wording is overly awkward or clumsy.

Similarly, The Washington Post has updated its style guides, describing the acceptance of ‘they’ as a singular pronoun as “the only sensible solution to English’s lack of a gender-neutral third-person singular personal pronoun,” according to copy editor Bill Walsh.

While a more comprehensive solution to gender-neutral pronouns has proven elusive, some academics have proposed the creation of a set of new inclusive pronouns.

A 2014 article written by University of South Dakota professor Charles Thatcher proposed adding a new series of referent-inclusive third-person singular pronouns to the English language for legal drafting in order to eliminate the masculine rule:

Recent attempts have also been made in Europe to try and implement gender-neutral pronouns, but many countries have been met with harsh criticism.

Known as écriture inclusive, the new writing style splits up words using a mid-punctuation point. But historically, French is packed with complex rules.

In particular, the masculine form of a noun is given precedence over feminine. A man and woman would be described as ‘amis,’ with a feminine ‘e’ included to create ‘amies’ for two or more women when a man isn’t present. With the introduction of the new écriture inclusive writing style, words are split using a mid-punctuation point, so that the plural for all friends becomes ‘ami•e•s.’

This new writing style has been described as ‘jibberish’ by many critics. However, it’s been reported to be widely adopted in academia as well as backed by the state equality commission.

While many countries may not seem progressive when it comes to the linguistic evolution of grammatical rules, there are some that have seen attitudes towards the introduction of gender-neutral pronouns improve over time.

A third gender-neutral pronoun ‘hen’ was introduced in 2012 as an addition to the existing Swedish pronouns for she (hon) and he (han). The pronoun can be used generically when gender is unknown or irrelevant and as a pronoun for people who categorize themselves outside the gender dichotomy.

This was met with widespread criticism at first, and hostile attacks were even made on individuals who proposed the change. However, over time, attitudes quickly changed towards the new pronoun and, in 2015, ‘hen’ was added to the Swedish dictionary.

Research suggests attitudes changed much faster than behavior in Sweden as the use of traditional pronouns were still cognitively dominant over the new form of pronoun.

For a shift in behavior to occur, ‘hen’ not only needed to be active but also fully accessible, which came in the form of widespread use of the word in academia and the media – most notably in the lyrics of the Swedish entry into the Eurovision Song Contest in 2015. What followed was widespread adoption of the new pronoun in less than three years.

As discussions around gender identity and stereotyping continue to be a topic of interest in the U.S. and Europe, it’s likely that, over time, languages will adapt relatively quickly to gender-neutral sentiment in order to remain inclusive and reflect progressive changes within a country’s culture.