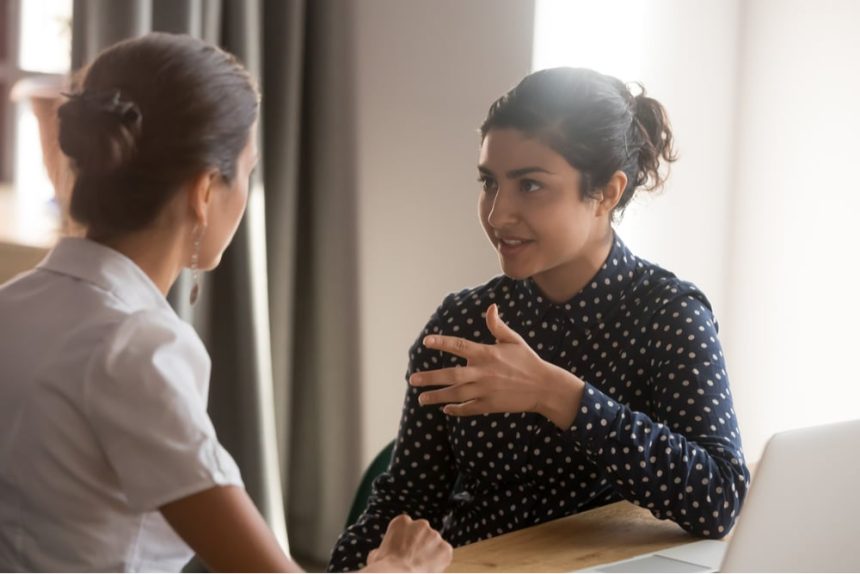 It’s no secret that the UK isn’t brilliant at language diversity. Whilst Welsh is making great strides thanks to high-level support and recognition of this national language, the exact opposite is true of other languages spoken within the UK.

The last census shows that at least 4.2 million people speak a language other than English. That’s not always the same thing as having a bit of French learnt at school for holiday purposes, or Spanish picked up through a summer job abroad. These are secondary languages, picked up or taught outside the home. The nation’s true language diversity is based on the diasporas of other language communities and on religious communities keeping their native languages alive.

These are the so-called ‘community’ languages. Many are spoken at home, perhaps by Polish expats to their Polish housemates, partner or children, all of whom speak English outside the home. If they aren’t spoken at home they are often taught within communities, at Saturday schools that teach Hebrew or Arabic as part of religious instruction. There are many reasons why these languages are present in the UK and many ways that their speakers are seeking to preserve them and pass them on to the next generation.

These supplementary schools, also known as heritage language schools, are often run by volunteers or religious foundations, and it’s hard to pin down their exact number because they tend to be self-run to at least some extent.

The UK recognises the status of these languages and their community teaching by offering formal qualifications in what are called ‘lesser taught languages’. These include GCSEs in Gujarati, Bengali, Modern & Biblical Hebrew, Panjabi, Polish and Urdu. For many speakers, it’s a way to gain formal recognition of your efforts to keep your home language alive for your own generation.

These languages are often taught in supplementary schools, where pupils fit lessons around other commitments such as full-time education.

These lesser-taught languages have become a casualty in the pandemic, as exams were cancelled for many of these languages. Although teaching tends to be done in part-time supplementary schools, formal examination tends to happen via pupils’ regular full-time school and it’s the latter that has taken the decision not to support examination.

It’s all part of the fall-out from the pressure schools have been under during the pandemic but it’s a major disappointment for pupils that have been studying for these subjects to GCSE or A-level. What’s particularly frustrating is that schools are also unable to predict grades for languages studied outside that institution, meaning predicted grades aren’t being taken into account for UCAS applications.

The effects have been severe. Entries for A-level Gujurati are down 96% and there’s been a decline of over 40% in applications for exams in Chinese. This is already impacting numbers signing up to study at community language schools in the future.

There’s a sense of unfairness, particularly as lesser-taught languages are not being treated the same as languages that are more widely taught, such as French and Spanish. Exams in these subjects are more likely to have been run this year or predicted grades given. 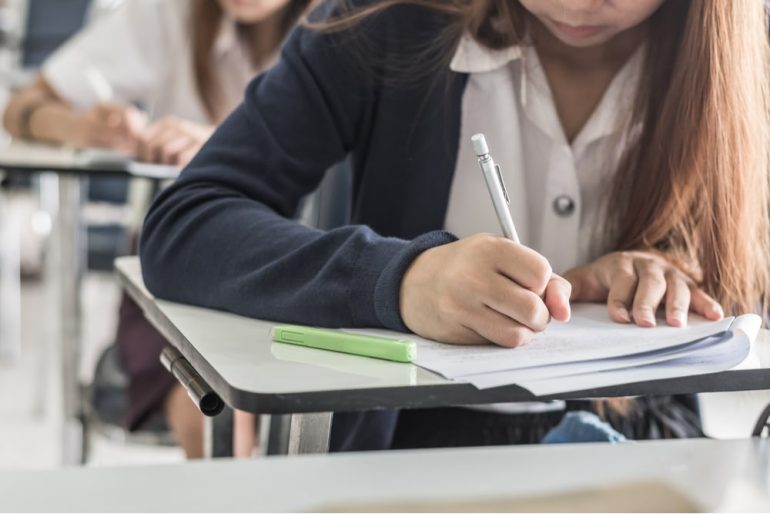 Exams for community languages were cancelled in 2020 due to the pressure caused by the recent pandemic.

Part of the problem is financial. Whilst mainstream schools don’t feel able to support exams in lesser-taught languages, students can still ask to be examined via a private exam centre.

But this is often a major expense, up to £1000 per exam. Supplementary schools are usually run on shoe-string budgets by volunteers at low cost to participants who may be from low-income households. It’s unlikely that this is a feasible option for many pupils, meaning a lot of them have simply not been able to take exams at all.

Brexit is also having an impact on language learning and examination, particularly for some languages. We already know a lot of EU nationals have left the country following the Brexit referendum and the impact of the pandemic. As a result, applications to study Polish and Greek to exam level are significantly down compared to just 2 or 3 years before.

At GCSE level, the take-up of mainstream languages such as French, German and Spanish is at a low and has been in decline since 2013. The UK just doesn’t value language learning to the same extent as other nations.

With Leave politicians expressing hopes that the UK will trade more outside the EU, it seems a particularly bad time to be diminishing non-EU languages. If the UK wants to build relations with emerging economies, particularly those in Asia, it is unwise to undermine anything that might help build links with those language populations.

Despite Boris Johnson aggressively pursuing an Indian trade agreement, the languages spoken by significant populations of India aren’t getting recognition in the UK. This seems very short-sighted.

According to the IPPR, an estimated 30% of black, Asian and minority ethnic people in Britain attend a supplementary school. For a significant slice of the UK’s minority population, these schools are a key unifying factor and a shared heritage experience.

Perhaps the problem is that heritage language groups are obliged to self-organise. Because they aren’t given much formal support, it’s very easy for existing provisions to vanish during a crisis such as the pandemic, or cuts to education budgets. By seeing diverse languages as being marginal to the true cause of education, these languages are easily cut off each time there’s any threat to education provision and budgets.

If the UK took language diversity more seriously, support for lesser taught languages wouldn’t evaporate quite so easily at any disruption.

The ‘lesser taught languages that feature at GCSE and A-level are still just the tip of the minority language iceberg. Urdu and Gujurati have formal language recognition because they are spoken by sizeable populations in the UK and their speaker groups tend to be somewhat organised and often co-located.

This makes it easier to support and promote community language activities such as supplementary schools. But there are a whole host of other languages that don’t get the same recognition. There are hundreds of other languages, and language variants such as Cypriot Greek, that just aren’t recognised in any way.

This is a great pity for several reasons. There’s certainly an important identity element to preserving languages. Welsh receives support and recognition but Scots and Irish Gaelic haven’t achieved the same status.

The UK is good at borrowing ideas from immigrant populations, such as cutlery making, the Christmas tree, and endless culinary inspirations but it’s less good at supporting them to retain their language identity. 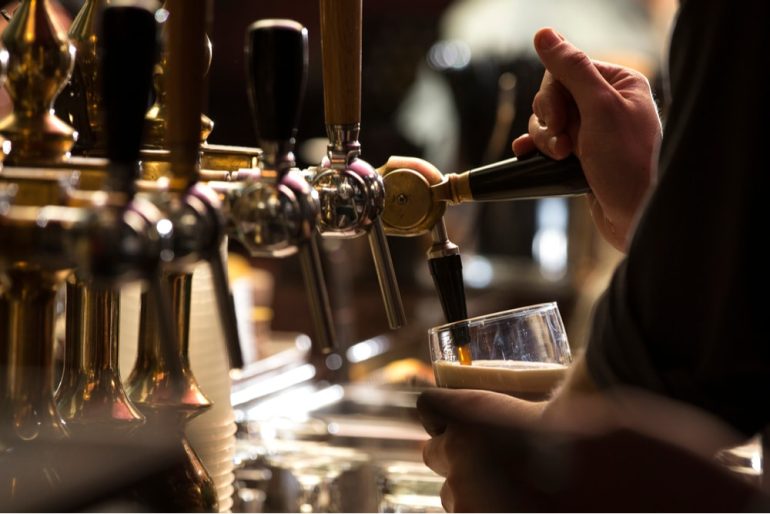 While Welsh is a widely supported language, Scots and Irish Gaelic have failed to receive the same support.

From a child development point of view, this is short-sighted. There’s evidence that bilingual children perform better at subjects including maths if they maintain a high proficiency in their first language.

There’s also evidence that they can switch between tasks more effectively, and it’s thought that bilingualism reduces the risk of Alzheimer’s disease and dementia in later life. There are several other benefits based on a large number of studies. The UK is short-changing bilingual kids by not valuing or supporting their language status.

The UN recognises that around 80% of the world population is bilingual. Bilingualism is far more common than being monoglot, yet many of the UK’s child-development milestones assume monolingualism.

Children are assessed in English only and tend to be less capable in any single language at an early stage compared to a monoglot child of the same age. This means that younger children are often erroneously assumed to be developmentally delayed if they are being raised bilingual. This is an example of how UK society actively discriminates against language diversity.

For minority groups that may struggle to take English-language exams in other subjects, taking exams in their own language is an important component of social mobility. Denying them this opportunity means potentially threatening their ability to access higher education or jobs. Failing to support language diversity by making community languages less accessible is erecting barriers to social mobility, particularly for vulnerable groups.

The value of language diversity

Just after the 2016 Brexit referendum, the British Council recognised the need for young people to be able to connect with other people around the world both within and beyond Europe as the relationship with the world prepared to change. The Council recognised that “the ability to communicate in more than one language is central to this”.

At the same time, the Council updated its list of languages it thinks will be most valuable to Britain in the future. These are the priority languages that it feels are most vital to the UK’s future prosperity, security and international influence.

The top five are Spanish, Mandarin, French, Arabic and German. Whilst Spanish, French and German are considered mainstream languages taught in regular schools, Arabic and Mandarin tend to be managed as community languages. So we now have a situation where the languages most vital to Britain’s global future are being marginalised.

From 2019-20 there was a drop of more than 50% in applications to take Arabic at A-level and a 29% drop in applications for Chinese, with a smaller drop in both subjects at GCSE level. The lack of support for these subjects during the pandemic has really impacted the formal recognition of speaker ability in these languages.

The 2017 report also states that Portuguese, Japanese and Russian are also significant to Britain’s future. These are languages managed more at the community level than via formal channels. Here too we saw major drop-offs in applications to take A-levels during the pandemic year, with both Japanese and Portuguese seeing a fall of over 50% in applications.

Research conducted by the Department of Business has demonstrated that a lack of language skills costs the UK economy around 3.5% of GDP, which is equivalent to £4.8bn.

With a loss of opportunity of this scale, it seems absurd that such a key element of Britain’s global competitiveness is being managed as a volunteer effort at community level. It’s also appalling that formal recognition of these efforts, expressed by examination, is so easily switched off.

If Britain is to really take its global future seriously, better support for community languages is a good place to start.