Woes of the Global Super Rich Causing Changes in Behavior 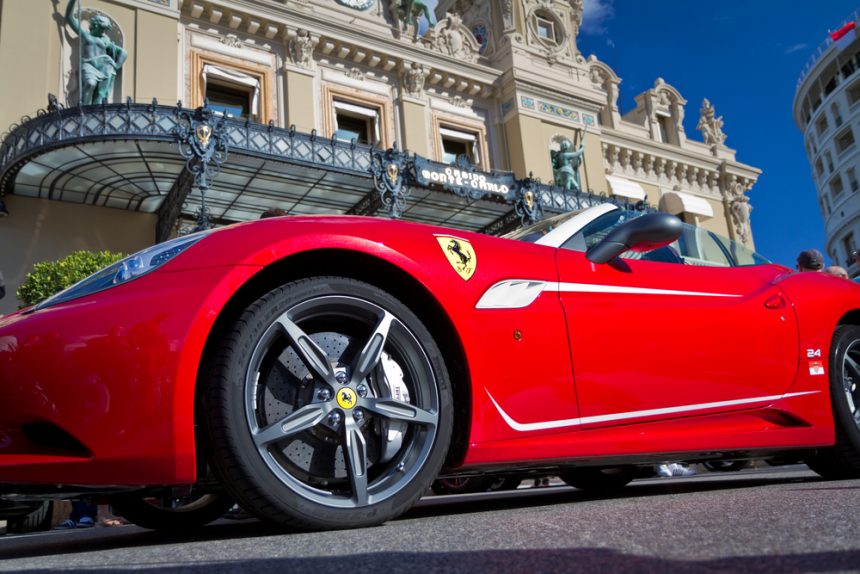 With Russia’s economy under pressure from reduced oil prices, China’s slowing growth, and Brazil flirting with recession, some of the world’s wealthiest people are having to tighten their diamond-studded belts.

There’s evidence that fewer private jets are being purchased, and luxury brands are seeing lower sales to Russian and Chinese tourists. The price of London mansions has dipped as Russians are no longer able to buy townhouses, and anti-corruption crackdowns in China are curbing the spending habits of government officials.

Whilst it’s easy to scoff at rich people who are suddenly slightly less rich than before, that which ails the super spenders tends to distort markets. Because there are so few of them, but they have such huge spending power, small changes in the behavior of only a few of the mega wealthy can have big effects in some markets.

These effects tend to be felt most in areas where only the seriously wealthy are economically active, for instance in premium apartments in the major cities of the world, or in luxury goods, fine wine and collectibles such as vintage cars.

In some cases a contraction in the spending power of the super rich has a negative effect on these markets; in others, economic forces means the super rich tend to spend more.

For example, a lack of more mainstream investment opportunities may drive the wealthy to seek unconventional assets such as contemporary art, rare stamps or even bitcoins. Although the numbers of super wealthy individuals may be low compared to those of more modest worth, their huge financial clout means changes in their behavior can have a huge impact on markets for these assets.

Those who derive much of their wealth from oil, or have holdings in oil and related industries, are feeling the pinch. Some of Russia’s wealthiest have lost between 20 and 40% of their worth since the oil price plummeted.

Russia’s economy has been badly affected by falling oil prices and economic sanctions imposed against the country for its actions in Ukraine. London has already seen a decline in wealthy Russian house-hunters and prices have even fallen in the more expensive areas of town favored by Russian buyers looking to spend around £10 million on a property.

Over in Brazil the fallout caused by the Petrobras fiasco, a corruption and mismanagement meltdown in the state-run oil corporation, is having a number of knock-on effects on the wealthier Brazilian citizens.

Places such as Miami are seeing an influx of rich Brazilians trying to escape domestic economic concerns such as high inflation and government spending contractions. Miami’s property market is now distorted by high-spending Brazilians looking for homes around the half-million-dollar mark.

The sincerity of China’s latest crackdown on corruption has surprised some cynical commentators. As these concerns about corruption are now being taken more seriously, the behavior of the wealthy – partly those whose wealth comes from public sources such government officials – has changed. It’s now less acceptable to consume quite as conspicuously.

Whilst high ranking officials may still be indulging themselves it’s now done more discreetly than in the past. China’s rich favor less bling and more customized, so there are fewer visible logos such as Louis Vuitton logo prints and more handmade Italian suits and shoes.

Rich Indians don’t feel as obliged to hide their wealth as their Brazilian or Chinese counterparts. Indians make up a healthy 12% of the world’s market for private jets, the Indian demand for fancy yachts has grown by a healthy 10% each year in the recent past and it’s thought the market for luxury goods will be worth $15bn by the end of this year: double what it was in 2012.

India’s economy seems to be bearing up well in comparison to that of Russia, Brazil and China, all beleaguered in their own ways. In the next five years it’s thought the numbers of Indian citizens worth more than $5.5m, defined as ‘super rich’ will triple, and the net worth of the wealthiest is expected to increase significantly over the next few years.

But Indians aren’t necessarily able to enjoy their toys at home. Much of India is far from the water and so many Indian-owned yachts tend to be moored in the Mediterranean. They’re also now the largest group of buyers in London’s pricey Mayfair property market, and like many super rich they tend to vacation overseas a great deal.

They also spend highly on designer clothes, watches, and precious metals and minerals such as gold and diamonds. For a country without much of a drinking culture, the rich tend to take a surprisingly high interest in fine wines and fancy spirits. As India’s economy is expected to remain strong over the next few years, this group are likely to become important to top end estate agent, vintners and luxury fashion designers worldwide.

With interest rates low and a lack of confidence in banks, wealthy investors are turning to other assets as they look for investment returns. They are actively buying art and antiques, such as paintings, stamps and antiquities, and driving up the prices.

With governments worldwide threatening to impose more stringent taxation on the wealthier residents, such as President Obama’s proposed taxes on the rich, the rich are finding it more assuring to hold their wealth in assets that are not so easy to tax.

For Chinese investors it’s also a lack of investment opportunities at home that drives the wealthy to invest in fine art. Deloitte has estimated that Chinese demand recently boosted the world’s art market by 69% in a single year. Whilst stocks remained fairly steady, China’s domestic market for contemporary art went up by around 15% a year for the last ten years.

On average, very wealthy individuals hold about 10% of their investments in art and other treasures or collectibles. Whilst that benefits Chinese contemporary artists, other collectible industries are doing well from wealthy investors and their fund managers.

Sports memorabilia and classic cars are other collectible markets that are fueled by this investment diversification trend. As these assets tend by their nature to be long-term investments, it’s likely that the effects on the collectibles markets are likely to be felt well into the future.

With the demand for luxury goods decreasing in many emerging markets, luxury brands are finding that the markets in these regions are becoming increasingly competitive. In order to stand out from the crowd, savvy marketers are turning to transcreation to connect and engage with wealthy customers.

Brands that stick it out in these markets when times are tough by successfully adapting their marketing messages in order to develop a unique and compelling brand identity and online proposition will undoubtedly be the winners once the dust settles.