Our Spanish medical translation teams have been carefully vetted and put together to ensure that they cover a broad range of areas within medicine.

The strength and breadth of our team’s experience allows us to place your work with individuals who have exactly the skill set and experience to give you precise and accurate Spanish medical translations.

Our approach is to build specific teams of Spanish medical translators for each client’s work, or project. We carefully vet our Spanish medical translators before they arrive on our database, collecting references and test translations, and our recruitment process is designed to really drill down on the exact areas of specialization within medicine.

The testing process is designed to ensure that these specializations are backed up by good translation skills and the right terminological knowledge in Spanish.

Once registered, our Spanish medical translators are subject to ongoing quality assurance processes, which allow us to track translator performance over time, and to develop a well rounded picture of their expertise, strengths and weaknesses.

Spanish is one of the most widely spoken languages in the world and in translation circles is often referred to as one of the “big 5” languages, along with English, French, Italian, and German. There are a great many agencies and translators offering Spanish. However, it is important to work with an agency, such as Toppan Digital Language, that has a track record of working with the best Spanish translators and consistently producing high quality translations.

Although many of our Spanish linguists are located in Spain we also have a large number of mother tongue Spanish translators and interpreters dispersed all around the world. Our global Project Management presence and dispersed teams of Spanish translators means that we can offer you real advantages where you have tight turnaround requirements.

The range of Spanish dialects used in South America and Latin America have no uniting feature that make them different from non-South American varieties. The Spanish spoke in the Andean highland areas is historically conservative, with it having some qualities in common with the Spanish that is used in central Mexico, while some varieties spoken in Venezuela and Argentina share some innovations in phonology with the Spanish spoken on various islands of the Caribbean. In some cases one country in South America, Colombia for example, can present a wide range of innovative and conservative dialects.

In Latin America there are many Spanish speakers. Taking into account all the countries which have a majority of Spanish speakers, only Equatorial Guinea and Spain lie outside of the Americas. Mexico has the most people who speak Spanish natively. Nationally, Spanish is the official language of Argentina, Chile, Colombia, Cuba, Costa Rica, Mexico, Dominican Republic, Bolivia where it is co-official with Aymara, Quechua, Guarani and 34 different languages, Ecuador, Guatemala, Honduras, Nicaragua, Panama, El Salvador (co-official with Guaraní), Peru (co-official with Aymara, Quechua and other indigenous languages,Uruguay, Paraguay and Venezuela. Spanish is also the unquestioned official language in Puerto Rico.

Spanish is not officially recognized in the former British colony of Belize; although when consider the number per the 2000 census, around 43% of the population speak the language. In the main, it is spoken by the people who have descended from Hispanics who have lived in the region since the 17th century. English still remains the official language of the country. 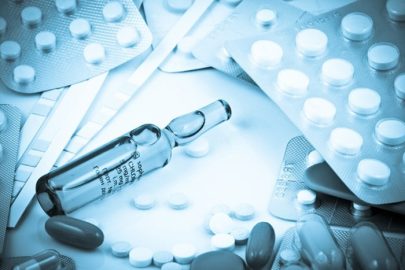