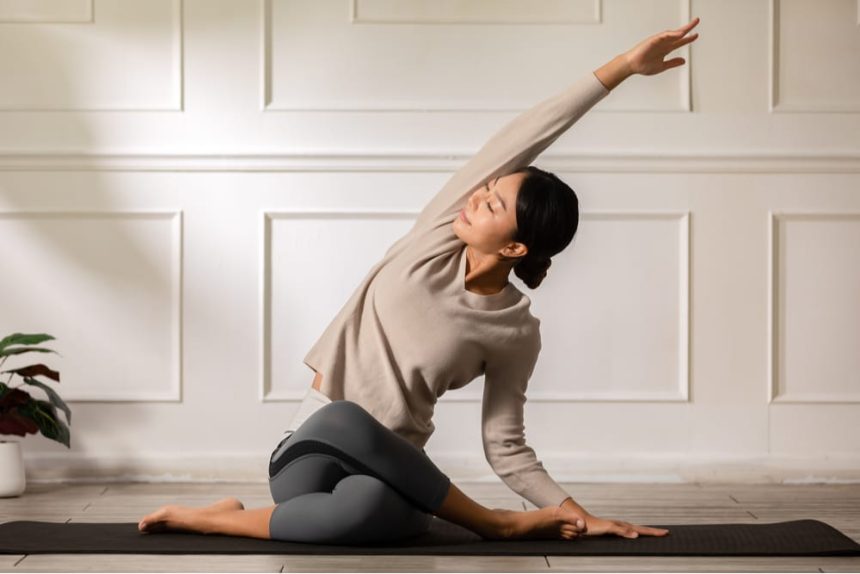 In 1816, the eruption of Mount Tambora, in what is now Indonesia, triggered an event known as the ‘Year Without a Summer’. Dispersed around the globe, the ash from the eruption lowered temperatures and caused extreme weather and crop failures. Agriculture collapsed as frosts continued through the summer months in Europe and North America and many went hungry as harvests failed.

Clothing retailers recently had their own ‘Year Without a Summer’ as the eruption of the pandemic blasted through their industry, with effects also felt around the world.

Sales of non-essential retail were particularly badly affected, with many consumers declining to buy new summer clothes. In March 2020, UK clothing sales were down by over a third. That terrible summer saw many familiar clothing brands disappear from the high street, including Laura Ashley and Cath Kidston, and most retailers finished the year in the red.

Sporting goods brands also had a poor year but this category of apparel and related goods performed better than many other types of clothing retail.

Sports equipment such as bikes and digital fitness tech performed particularly well in a difficult retail year. Perhaps unsurprisingly it was the kit associated with no-contact or low-contact sports that seemed most popular. This included gear for home workouts, cycling, and running.

The prevailing trend of athleisure continued strong, and this space became ever more competitive as fashion brands carried on entering the category. When we talk about sportswear, athleisure is increasingly what we mean because this subcategory of sportswear is now so enormous.

READ MORE: What Next for Athleisure?

The athleisure category of goods remains strong even as retail continues its shaky recovery. This year the global athleisure market should be worth around $330 billion, with an annual growth rate of over 6% forecast in the years to 2027.

Asia Pacific is the fastest-growing market, with strong growth anticipated in both India and China. North America remains the largest market but China is expected to overtake it soon. Many vendors are focusing on this category of wear in an attempt to ride the growth trend and capture the younger audience that seems to embrace athleisure above all else.

Sportswear may have had a slightly less awful time than other retail categories but brands in this space were still affected by the same challenges as retailers of other types of goods. The supply chain meltdown is just one example.

Brands also faced labor force challenges, with hirers feeling the effects of staff absence for COVID-related illness, and population displacement of key parts of the workforce such as student part-time retail staff.

Counterfeiting remains a problem that dogs the wearables market. With sought-after brands now entering the sportswear market, counterfeiting of sportswear goods is likely to also be a problem. Brand protection organization Red Points estimated that half of the consumer sporting spending during lockdown was spent on counterfeit goods. The majority of this spending was intentional.

Red Points estimates there has been a rise in counterfeit offerings in the marketplace since 2020, with counterfeiters taking over a quarter of business from brands.

Sustainability is increasingly important to consumers and brands are constantly challenged to justify their sustainable credentials. There’s also now increasing pressure to think about parts of the consumption process that previously wasn’t considered within a brand’s remit, such as what happens to the product after it is no longer in use. 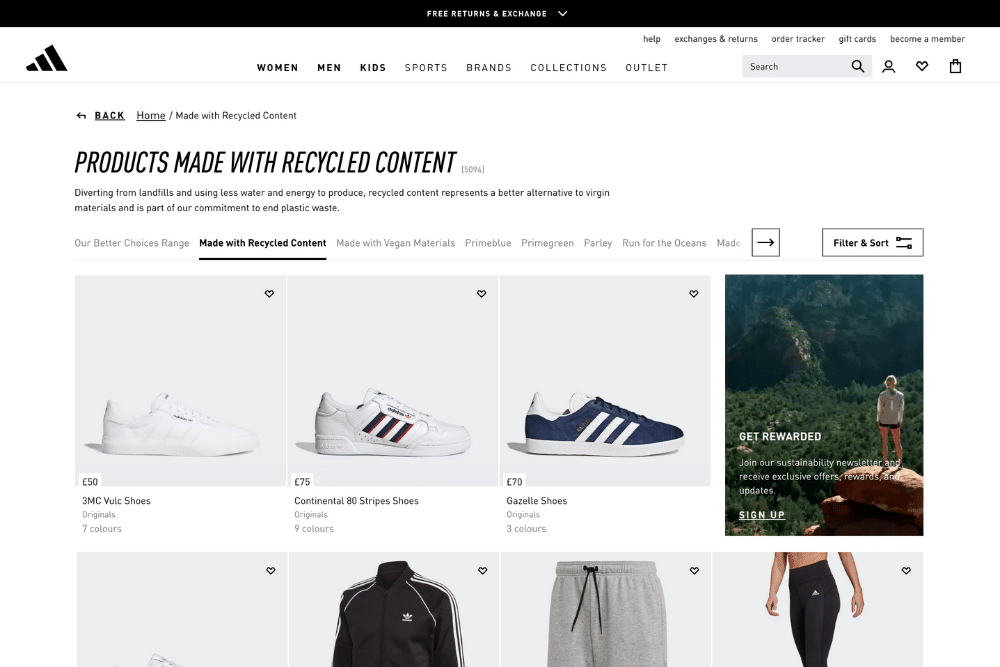 Adidas has spent a number of years leaning toward sustainability to meet the shifting expectations of its younger consumers.

Around the world, many markets are considering legislation to force manufacturers to dispose of consumer waste, rather than expecting the taxpayer to foot the bill. This adds additional pressure to manufacturers.

The fact that so many other brands are focusing on sportswear, athleisure, in particular, adds a particular level of pressure.

Many top global brands are pumping resources into new launches, promoting new categories of athleisure, and generally trying to muscle in and own the space. This makes competition tight at both ends of the pricing spectrum and puts increasing pressure on brands to differentiate themselves.

There are ongoing conversations and social changes happening around gender in many markets, particularly in the West, and this is having an influence on apparel and how it is marketed. This looks set to be a long social evolution in the making.

Many brands are embracing more relaxed social dressing approaches and trends such as gender-neutral fashion. Despite this change in gender outlook, the sportswear market is strikingly gendered.

Around 60% of the activewear audience is female.

The traditional sports apparel market, which pretty much means clothes designed to be worn whilst playing sport, caters almost entirely to men.

‘Spinoff’ categories from this market, which include things such as athleisure and activewear, are aimed much more at women. Prior to the pandemic, women’s activewear had five times the volume of women’s traditional sports apparel. New categories within the sportswear space tend to be targeted at women in particular, with any innovations being focused on capturing this group.

Athleisure is also a generational interest: 65% of athleisure items are bought and used by tweens, teens, and younger adults. It’s a category of wearables driven by Millennials in particular. Perhaps this isn’t too surprising. This generational group encompasses most youngish working-age adults and the majority of parents, who tend to be the biggest buyers of clothing of any type anyway.

But we know that younger consumers tend to be more health-conscious, taking part in activities such as yoga and gym, and with a general interest in wellness. This attitude drives the athleisure market.

RELATED: How the Wellness Phenomenon is Influencing Fashion Globally

Another consumer value that’s increasingly significant is inclusivity. Brands need to be mindful that audiences have expectations for how their products are marketed in respect of things such as larger body sizes.

We know that fans of activewear seem to be digitally adept. Mobile research and eCommerce are particularly strong for this category of goods. Athleisure is fuelled by social media and by influencers on this channel. It’s an excellent way for brands to reach audiences and increase awareness.

It’s also the chosen channel for customers to pursue customer service communications, Your brand needs to be on top of the customer’s preferred social media platforms in every market (and every language) you operate in.

We also know that 44% of activewear buyers prefer to shop in-store. This is why many of the top retailers in this category, including the 6th in the world, Lululemon, are investing heavily in the retail experience.

How the future looks for Sportswear

Sadly, a large number of households have been driven under the poverty line by the travails of the pandemic. In many countries, there’s also an emergent cost of living crisis, caused by the rise in energy costs and looming food price increases as the war in Ukraine batters the cost of wheat and other grains with knock-on effects for products such as grain-fed chicken.

This will impact retail sales. In particular, the way people purchase apparel, which is sensitive to household spending pressures.

We also know that physical activity is linked to affluence: if people are less affluent then they are less likely to be physically active. Brands face the challenge of overcoming the physical activity gap between low- and higher-income households if they want to reach more people.

That’s particularly hard as more households are pushed below the poverty line and physical activity becomes less of a priority for struggling consumers.

The pandemic seemed to have the effect of pressing fast-forward on some trends that were already in evidence. Sustainability seemed to become increasingly important during this time. This seems set to be of continuing interest to consumers, and the demands of meeting customer expectations for sustainability will continue to increase.

During isolation, consumers became increasingly comfortable with finding online communities. They also took a great leap forward in their use of digital for fitness. These combined factors mean we’re likely to see a higher level of digital workouts than prior to the pandemic. 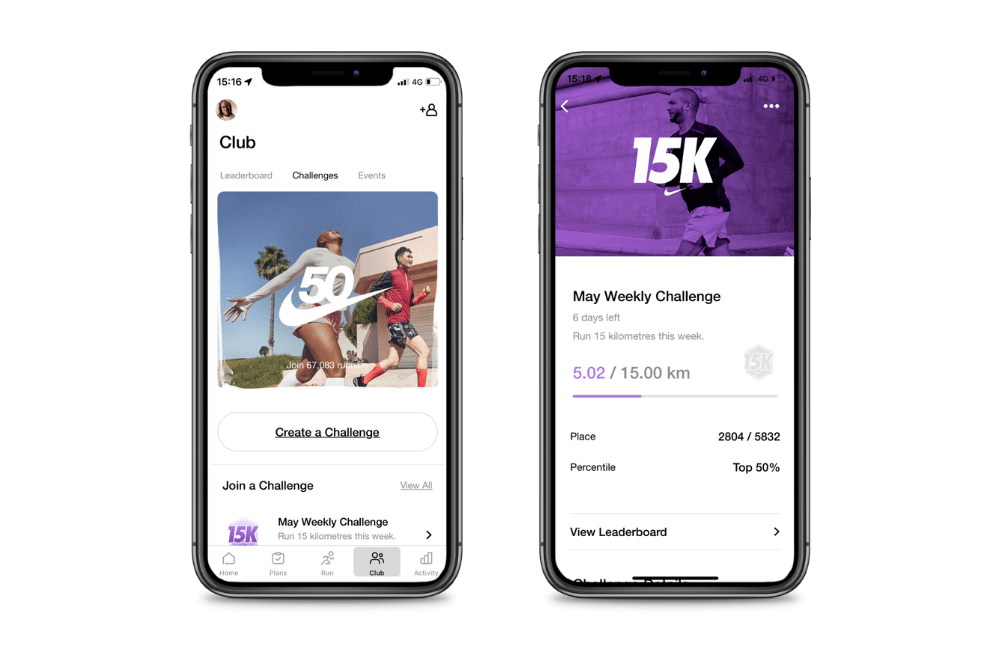 Another big trend that took a leap forward during the lockdowns was online shopping. Consumers are now increasingly familiar and confident with buying online and this has broken many of their old spending habits. What this means is that a consumer’s purchase of their next pair of running shoes may look very different from their last. Not only might they buy online instead of in-store but their old brand loyalties are likely to have been disrupted by new market entrants reaching them online.

Asia-Pacific sportswear is thought likely to grow at a healthy 7% in the five years to 2024.

Much of this market is currently dominated by North America-based sports brands Adidas and Nike but there are also local brands of significance.

In China sportswear, athleisure, in particular, looks set to follow the normal shift to trend adoption: cascading down from the influential tier 1 cities to be adopted by smaller less affluent cities in tier 2 and 3.

Wellness is a growing trend in China and it’s increasing de rigueur to post on social media in activewear and to join in with activities such as yoga.

India too is taking a keen interest in sportswear, with steady growth over the last decade. Activewear now outperforms many other categories of wearables including fast fashion and local brands are emerging that cater to local tastes and cultural expectations.

It’s driven by influencers and picked up mainly by young adult consumers, growing alongside growth in participation in activities such as yoga and running. It’s slightly held back by a lack of specialty sporting stores and the challenge of sourcing appropriate materials locally. India seldom keeps pace with global fashion trends but athleisure seems to be an exception.

Like everywhere else in the world, athleisure is more of a lifestyle and means of self-expression than a mere clothing trend.

For brands looking to appeal to these huge Asian markets, it’s really important to remember that athleisure is a means of self-expression. It’s important to understand local concepts of femininity, modesty, and consumer expectation for performance.

For many consumers, this may be seen as a very westernized way of dressing, which they may need to reconcile with their own cultural expectations. Consumers in these markets are keen to live a lifestyle that’s modern and focused on self-realization and wellness but they may be approaching this from a very different place than your home market consumer.

The way your brand communicates lifestyle aspirations has to be carefully tailored to these particular markets.

Perhaps what we should learn from the abrupt volatility of the last 2 years is that in retail, things can change in an instant. While there’s no guarantee that sportswear will continue its impressive and sustained growth, the indicators suggest that it could do.

The reason for this confidence is twofold: firstly, the surge in sportswear is driven by a number of factors that also seem fairly constant, including a relaxation of dress rules, homeworking, concern for health, rising household incomes, and the changing concept of womanhood.

Secondly, there’s increased interest in activity and wellness from thriving Asian markets with strong growth prospects. Whilst Asian markets don’t yet rival that of the US in terms of activewear market size, there’s much greater potential for growth here and the prospects look good for the next 5 years of evolution.