Home » Blog » Why Branding is Critical to Singles’ Day 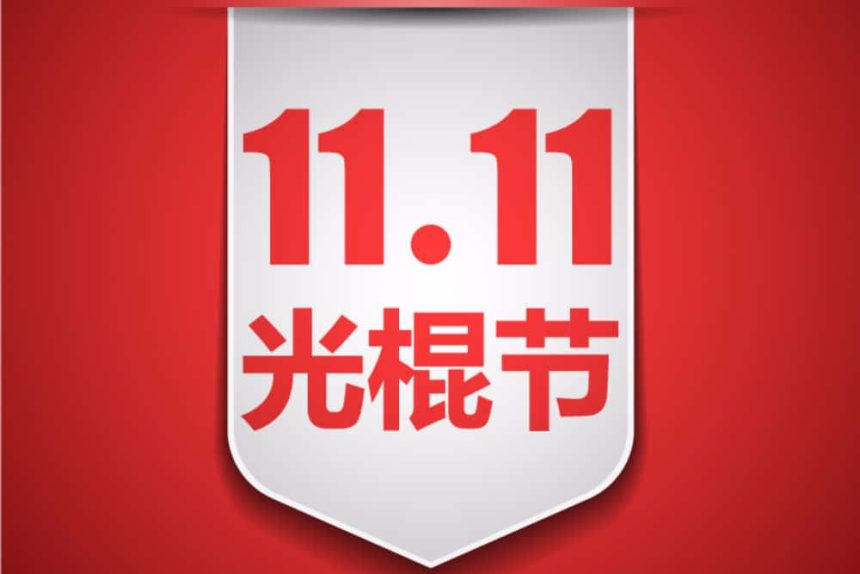 It’s the retail event that seemingly came out of nowhere: a day that encourages China’s singletons to buy themselves something nice.

On 11/11 – a date selected because it contains the most number ones representing a lone individual – Chinese retailers enjoy a shopping bonanza, with sales in the first few minutes often exceeding those of the entire 24 hours of Black Friday in the US.

Although the majority of the spending is on Alibaba’s network of China-based eCommerce sites, including the giant Tmall.com, in 2015 the event was recast as a ‘global shopping event’. This meant many more British and US brands entered the game to engage with the lucrative Chinese audience.

It’s thought 33% of purchases over the 2015 event were from international retailers, with US brands doing particularly well. Global brands such as Estée Lauder, P&G and Unilever launched branded stores on Tmall specifically to cover the shopping event. Many also worked with local deal sites such as Dealmoon.com to promote Singles’ Day offers to consumers.

There are still unaddressed concerns about counterfeiting and there’s a drive to find quality products. That’s the direction the Alibaba conglomerate seems to want to take the shopping event. But with the launch of 2017’s event at Shanghai’s Mercedes Benz Arena broadcast live on TV channels – featuring singers and movie stars such as Pharrell Williams, Zhang Ziyi, and Karen Mok – the discounted shopping event has now transformed into a global shopping festival.

This makes it a good opportunity for brands to launch new products. Selling through branded stores is also a way to inspire consumer confidence in an audience keen to avoid buying fake goods.

In 2014, only a few thousand brands took part in Singles’ Day; by 2015 there were 6 million. This means retailers have to work hard to get noticed or offer striking discounts. That’s particularly true if you’re an unknown brand from overseas: some foreign retailers use the Singles’ Day event as an opportunity to launch in China. During the buildup to the Singles’ Day and the event itself, customers are in research mode so that may be a good time to be visibly offering something new.

Yorkshire-based Silver Cross prams first participated in the Singles’ Day event in 2014. It offers high-quality prams with an old-fashioned ethos and a very high price tag.

Some of its pram ranges are co-branded with luxury car brands, and the brand is favoured by the British royal family, adding to its exclusivity. It has a store presence across China and also sells online through Tmall.

Silver Cross ticks many boxes that may make it popular with Chinese consumers; it’s a heritage British brand, and it offers quality and exclusivity.

And of course, the birth rate is expected to rise in China thanks to the recent relaxation of the single child policy.

China looks like a promising market for the brand, which has faced business challenges including changes of ownership and outsourcing of manufacturing in recent years. It’s so confident about prospects in China that it’s invested in building a Chinese subsidiary and training staff to understand the products.

Silver Cross is investing for the long term in China. Although the brand said it reached sales targets for Singles’ Day 2015, it’s unclear how ambitious these were. Silver Cross has stated that it is using the occasion to build brand awareness as much as sales.

This probably suits an aspirational brand like this one: not all consumers will be able to buy these prams and discounting isn’t really the right approach for a luxury product like this. Silver Cross is approaching Singles’ Day more as a way to raise its brand profile rather than make sales on the day.

Brands that seem to have made bank over the Singles’ Day event include Marks & Spencer, which has a well-established presence on Tmall.com. The British retailer saw sales nearly double in 2015 compared to the previous year, with strong sales on items such as cashmere jumpers and macs. To achieve this, the retailer needed to get its supply chain geared up many months ahead of time, as well as hire an extra 200 people in China.

Smaller retailer the Cambridge Satchel company also performed very strongly, comfortably beating its 2014 sales in the 2015 event. In order to achieve this, the brand ran a month-long 50% discount on selected styles in the run-up to 11 November.

The company also ran a quirky campaign using WeChat and Weibo cartoon stickers by well-known local illustrator Zang Xiaobai. Reference to Singles’ Day tends to trend across these platforms well ahead of the event, making it a good place to be campaigning. But this is a high-involvement approach, and the small bag maker has had to work hard to make its presence felt during the busy shopping event.

If your brand is thinking of participating in the Singles’ Day event, it’s worth bearing in mind that it isn’t a one-day event: the run up to the shopping bonanza is also significant.

With Alibaba trying to take the event beyond discounting, it may evolve into a period for launching new products and inspiring your audience as much as it is about discounting. It’s worth keeping an eye on this year’s event to see how successfully this approach is received by China’s audience.