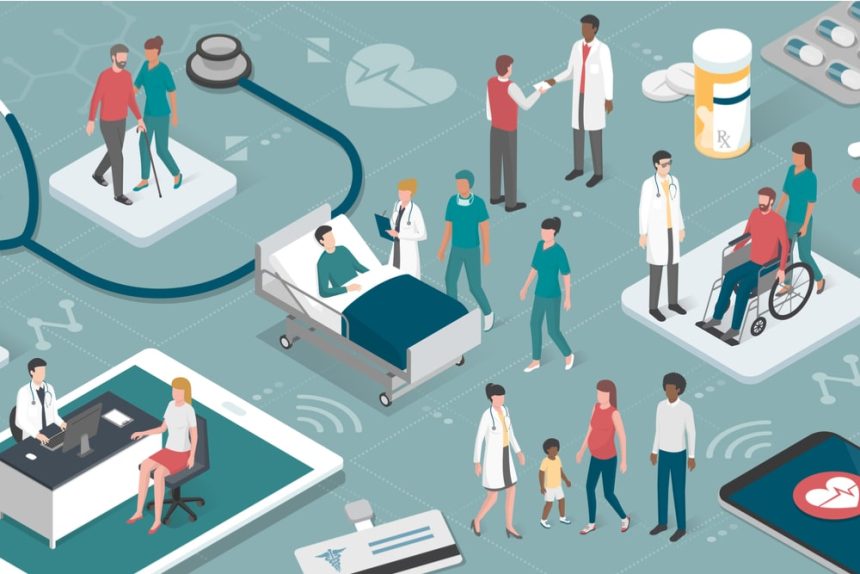 “Innovations can spring more rapidly from emerging economies than from developed countries, where healthcare systems are more entrenched and regulated.” That’s PwC’s succinct explanation of why emerging markets are changing global healthcare.

How huge markets such as China and India tackle their healthcare challenges is going to influence the wider global market. All eyes are on these fast-moving economies as they hasten to transform how they meet growing demand for health services domestically.

Fast-growing emerging markets have fast-growing appetites for healthcare at a price that’s affordable. By taking innovative approaches and letting new entrants and smaller providers try new approaches, these markets could be the breeding ground for new ideas that the rest of the world could eventually implement.

Both China and India are already seen as the two largest startup ecosystems, teeming with innovation. Health is likely to be just one area where Asian innovation influences the wider world.

Both China and India are remarkable for their size and the speed of their economic development. With these factors come associated healthcare challenges that established markets are already struggling with.

Both markets have ageing populations to deal with and escalating healthcare costs associated with increases in chronic diseases such as cancer and diabetes. By 2040, there could be as many as 110 million Chinese diabetics and nearly 70 million India ones.

The economies will need to find new ways to cope with problems of chronic conditions in a way that’s cost-effective and culturally appropriate.

Increased urbanisation and women’s growing participation in the workforce means that professional care is increasingly required for both the sick and the elderly. The number of Indians over the age of 65 is expected to more than triple by 2050, placing additional requirements for both health and nursing care.

Extended lifespans, combined with the diseases of affluent lifestyles, means that chronic illness such as heart failure, respiratory failure and Alzheimer’s disease are going to be more prevalent in both India and China. Chronic illnesses require long-term care solutions that are compatible with the way families live and also what they can afford.

The size of the two markets and their fast growth trajectories mean that the solutions they adopt are significant to global healthcare markets. Alternative healthcare models, such as healthcare delivered digitally, is heavily regulated in established markets such as the US. Experimental providers are finding more receptive markets elsewhere where regulation isn’t so constraining.

It’s thought that in-home care is likely to be the prevalent model for managing chronic illness in India and it’s already growing at an estimated 19.2% per year in this market, according to consultants at Grand View Research. It’s far more culturally acceptable than hospital or nursing home-based care and it’s thought that home-based models could be both cheaper and lead to better patient outcomes.

But it’s tough to make a profit in this sector and the Indian market is going to have to come up with some clever solutions to make it a valid health provision model. All eyes are likely to be on India’s home-care providers to see how they solve this problem locally. If successful, these health models could be applied in other markets.

Providers of services such as post-operative care, dressing changes and physiotherapy are starting to emerge in populated areas such as India’s major cities. In the future, technology is likely to be significant to both the success of home-based care and also the profitability of this type of model. Home-based care services are likely to expand to include wearable devices for patient monitoring. Insurance systems will also need to adapt – presently most Indian healthcare insurance providers don’t cover home care services.

China’s healthcare challenge has some unique qualities. The shortage of doctors is particularly acute in this market and rural areas are often woefully underprovided with health services.

China faces very real difficulties of mistrust and suspicion of health providers as they move towards a paid model of health provision with high costs and results that frequently fail to meet patient expectations. China’s authorities face a tough challenge as they try to reform health care in a manner that’s capable of meeting patient expectations.

In an attempt to meet the domestic demand for health services, authorities in China have decided to open up the market to private foreign providers of senior care services. China is also offering incentives such as favourable tax incentives and various fee waivers and exemptions.

It’s a tempting market for many global providers; with domestic markets often constrained by tight regulation, the prospect of engaging with big markets overseas seems promising. It’s likely that the approaches they take in China may influence how they provide services domestically too.

China is well aware that it needs to reform its health sector. The growing provision of tough security measures in hospitals grimly highlights the public dissatisfaction with current provision.

The healthcare industry is outgrowing the general economy and reform is happening quickly. How the country manages to improve supply and the healthcare models it uses to do so, will probably be used as a model by many other countries.

Neither China nor India face difficulties that are especially unique. As the world population enjoys longer lifespans and increased affluence, health systems everywhere are facing increased rates of chronic illness and the problems associated with obesity and old age.

As the world struggles to manage these problems, there’s a keen level of interest in any solutions that are being developed anywhere in the world. The most influential ideas may not come from the giant Asian economies, but the eyes of the world are on these markets in particular in the hope they have some solutions to the problems that face us all.