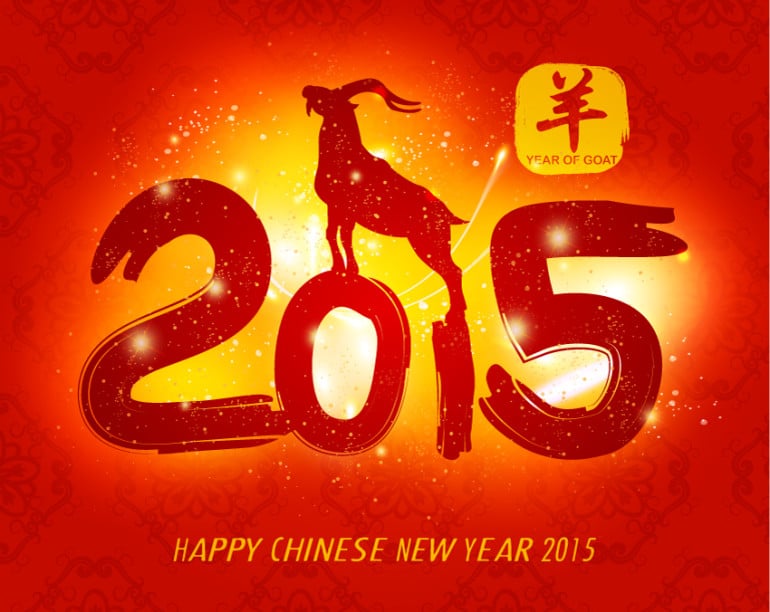 In Chinese astrology, each year (starting from Chinese New Year) is associated with an animal sign, occurring in a twelve-year cycle. The different zodiac animals are: the Rat, Ox, Tiger, Rabbit, Dragon, Snake, Horse, Goat, Monkey, Rooster, Dog and Pig. The Goat is the eighth Chinese zodiac sign.

Chinese New Year is an important even in China and marks a time of huge celebration. To coincide with the event, the largest human migration on earth is happening this week in China as hundreds of millions of Chinese cross the country to join their families and friends in time for the Chinese New Year.

Baidu, the largest search engine in China’s, has captured this incredible exodus in an interactive map. The data is sourced from smartphones connected to the internet with Baidu Maps or other location enabled services offered by the Chinese internet giant. The largest source of location-based data in China, Baidu Maps has over 200 million registered users and receives more than 3.5 billion requests a day.

You can view the interactive map here.

The celebrations aren’t just limited to cities and towns on the Chinese mainland. There are a huge number of Chinese citizens residing in various countries around the world and as a result, the celebrations are becoming increasingly global.

Here in London, we expect the celebrations to be huge, as London’s Chinese New Year celebrations are the largest in the world outside Asia. Every year, hundreds of thousands of people descend on the West End to wish each other “Xin Nian Kuai Le” (Happy New Year in Mandarin) or “San Nin Faai Lok” (in Cantonese).

Whoever you are and wherever you might be – we hope you have a wonderful Chinese New Year!