Our Traditional-Chinese medical translation teams have been carefully vetted and put together to ensure that they cover a broad range of areas within medicine.

The strength and breadth of our team’s experience allows us to place your work with individuals who have exactly the skill set and experience to give you precise and accurate Traditional-Chinese medical translations.

Our approach is to build specific teams of Traditional-Chinese medical translators for each client’s work, or project. We carefully vet our Traditional-Chinese medical translators before they arrive on our database, collecting references and test translations, and our recruitment process is designed to really drill down on the exact areas of specialisation within medicine.

The testing process is designed to ensure that these specialisations are backed up by good translation skills and the right terminological knowledge in Traditional-Chinese.

Once registered, our Traditional-Chinese medical translators are subject to ongoing quality assurance processes, which allow us to track translator performance over time, and to develop a well rounded picture of their expertise, strengths and weaknesses.

We have specialist teams of Traditional Chinese linguists in various fields and competences. They are experts in their industry, with relevant knowledge and experience, and we assign them to work according to their skills sets.

The Chinese language is made up of a group of interlinked varieties of language, although several of which are not mutually intelligible, and has been described variously as a language family or language. Indigenous speech originally of the Han majority in the country, the language forms a branch of the Sino-Tibetan language family. Over one billion people speak Chinese, which equates to around one-fifth of the world’s population who speak at least one form of Chinese as their native language.

Native speakers will identify different varieties of Chinese as dialects of one language, rather than singular languages, although identifying languages this way is thought of as inappropriate by some sinologists and linguists. The diversity within the country of the Chinese language has been compared to that of the similarity yet nuanced differences in the Romance languages, although all varieties of Chinese are analytic and tonal. There are somewhere between 7 and 13 regional groups that are classified as main groups of Chinese, although this depends on the classification, of which Mandarin is by far the most spoken with about 960 million speakers, followed by Wu which has 80 million, then Yue with 60 million speakers and then Min with a paltry 50 million. Nearly all of these groups happen to be mutually unintelligible, although there are exceptions like the Southwest Mandarin dialects and Xiang, which may share some degree of intelligibility and common terms.

The other varieties of Chinese have importance as well; Cantonese is influential in the Guangdong province as well as in Cantonese-speaking communities that are overseas, and remains one of the official languages in the countries of Hong Kong and Macau. The Min Nan section of the language, also recognised as part of the Min group, is spoken in southern Fujian countries, in neighbouring Taiwan and in Southeast Asia where it can also be known as Hokkien in Singapore, the Philippines and Malaysia. There are also sizeable Shanghainese and Hakka diasporas, like in Taiwan, where the majority of the Hakka communities will be able to converse in Taiwanese and Standard Chinese.

Over the years, the Chinese language has spread to other countries through a variety of means. Northern Vietnam was into a part of the Han Empire in 111 BCE, this was a period of Chinese control that ran for almost a thousand years. The Four Commanderies came to power in northern Korea in the first century BCE, but fell apart in the centuries after. Chinese Buddhism then began to spread over East Asia between the second and fifth centuries and as it increased its following, it increased the study of literature and scriptures in Literary Chinese. Later Japan, Korea and Vietnam developed their own central governments that were modelled on institutions that were brought in in China, whilst they used Literary Chinese as the language of scholarship and administration, a position it would remain in until the late 19th century in Korea and to a smaller extent in Japan, but lasted until the early part of the 20th century in Vietnam. All of this meant that Scholars were able to communicate when they were from different lands, albeit only in writing.

Although they could only use Chinese in written communications, the countries all had their own traditions of reading texts aloud, known as the Sino-Xenic pronunciations. The words that had these type of pronunciations were borrowed into the Japanese, Korean and Vietnamese languages and in the present day now make up more than half of their vocabularies. The influx of these words and pronunciations meant changes in structure of the phonological qualities of the languages, significantly contributing to development of a type of moraic structure pattern in Japanese and the disturbance of vowel harmony in Korean.

Chinese morphemes that have been borrowed are used a lot in all of these languages and are used to coin compound words for new concepts, similar to the way the Ancient Greek and Latin have roots in languages from Europe. Most new compounds, or revised meanings for older phrases, were created in the late 1900s and early 2000s to name concepts from Western countries and artefacts. These words, or ‘coinages’ are written in the shared Chinese characters and are freely borrowed between languages. These coinages are accepted into Chinese, a strange occurrence considering the resistance to allowing loanwords. This is to do with their foreign origin being hidden by the written form of the word. A winner emerged generally only after different compounds for the same concept were in circulation for some time, and the final choice has differed in separate countries

Korea, Vietnam and Japan all developed their own writing systems for their respective languages, although they were initially based on Chinese characters, but were then replaced with the Hangul alphabet for the Korean language and added with kana syllabaries for Japanese. The Vietnamese alphabet has continued to be written with the Chữ nôm script. These were limited to popular literature only up until the late 1900s. Today Korean is written exclusively with Hangul in North Korea, and supplementary Chinese characters (Hanja) are increasingly rarely used in the South. Japanese in the present day is written using a composite script that uses Chinese characters and kana, whilst Vietnamese is written along the lines of a Latin-based alphabet. 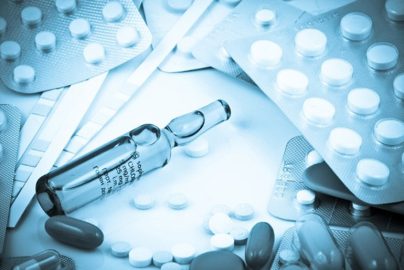