Content marketing has its roots in the 19th century. In 1895, John Deere launched a magazine called The Furrow which provided farmers with information on how to increase yields and profits. The magazine is still in circulation and boasts a readership of 1.5 million in 40 countries and 12 different languages.

In 1900, Michelin launched their iconic Michelin Guide offering drivers information on car maintenance, hotels, restaurants and other travel tips. 35,000 copies were distributed for free in the first edition. Although Michelin eventually began selling these books, the publication still set a precedent for both informative guides and content marketing distribution. In 1904, Jell-O, the US jelly brand, distributed free copies of a recipe book to customers in their homes. The campaign contributed over $1 million in sales within just two years.

The 1930s saw many consumer brands providing information and entertainment to reach customers with messages about their products and services. Large brands such as Procter & Gamble and Lever Brothers (now Unilever) began sponsoring and producing radio shows in an attempt to connect with listeners at home.

A P&G laundry detergent known Oxydol was the sponsor of the Ma Perkins radio show, widely considered to be the first soap opera. In the decades that followed, P&G created 20 soap operas on radio and television, becoming a pioneer in producing award-winning daytime serials like As The World Turns and Guiding Light – which still holds the Guinness World Record for the longest running show in broadcast history.

Forward wind to the modern age and the democratisation of information provided by the internet has resulted in consumers that increasingly reject direct and invasive advertising techniques. So a number of businesses are investing in the production of content on websites and in social media channels in order to increase customer engagement and ultimately sell more goods and services.

In MarketingSherpa’s, 2012 SEO Benchmark Report, content creation is identified as one of the most effective SEO tactics for marketers. According to Econsultancy – marketers, on average, spend more than 25% of their budget on content marketing.

Nearly 2.26 billion people, a third of the world’s population, were using the internet by the end of 2011. By 2016 this number is expected to rise to 40 per cent, or 3 billion people, largely as a result of the widespread adoption of mobile internet usage.

While English is currently the most popular language on the internet – it is predicted that Chinese will overtake English by 2015. Similarly increased internet adoption in the Middle East, Russia and Brazil is likely be accompanied by an increase in the use of Arabic, Russian and Portuguese.

With brands increasingly crossing international borders via the internet, marketers need to fine-tune their strategies to ensure their brands are taking advantage of global demand. This means that brands will increasingly require localised websites to target customers in overseas territories.

Brands that don’t adopt a borderless approach risk becoming marginalised, warns Stephen Woodford, chairman and CEO at DDB UK. “People are much less aware of international boundaries than before. Digital channels are borderless media and therefore brands that operate across such media feel more pervasive and part of the world. If you look at brands like Nike, Adidas, Coca-Cola and McDonald’s, they are everywhere and have local strength and identity, but also consistency across markets.”

It is extremely important to define the objectives of your content marketing strategy before you commit any time or resource to producing content. Content can be very time consuming and expensive to create so defining the purpose and setting clear aims and objectives you can ensure that you’re able to identify the appropriate media or channels and develop a message that is suitable for your target audience and is more likely to be well received within your target territory.

Some organisations may already receive traffic and online sales from overseas territories on their domestic websites. In some cases there may already be significant demand from certain regions. Data on the location of overseas customers, products and services being purchased, the search engines and devices being used as well as key phrases, social media channels and other websites being visited by your target customers is invaluable when expanding your business abroad.

Constructing a compelling value proposition is at the very heart of marketing and should form the bedrock of an organisation’s international marketing campaign. A 2007 research study by Siebel showed that over 75% of executives at companies whose new products failed to achieve their objectives blamed poor value propositions as the root cause.

Transcreation, or creative translation, is the adaptation of creative work into another language or culture. Therefore, it is more than direct translation or localisation of the text, as transcreators focus on capturing the desired persuasive or emotive effect of the original work.

By considering local traditions and vernaculars, transcreators aim to alter the source text for foreign audiences who may not be familiar with the culturally or linguistically sensitive content of the original. Transcreation is predominantly used for the translation of marketing and promotional material. Although a business may have been successful with an advertising campaign in one country, their message, brand, and product needs to be fully localised to ensure that their content is both suitable and appealing.

It is important to understand the cultural nuances of your target market to ensure that you avoid potential pitfalls and translation blunders that might have a negative effect on your brand abroad.

Users in different territories display different behaviour online and use different channels and platforms. For example, in the West, Google is the dominant search engine with over 60% market share in the US and over 90% in Western Europe.

Google’s market share in South Korea was a mere 3% in 2012 while Naver, the local search engine enjoyed market penetration of 73%. Finally, while Google has recently taken the top spot in the Czech Republic, Seznam, the country’s local and first search engine still enjoys market share of over 40%.

Similarly, the dominant social media channels differ from region to region. For instance, in Japan, Twitter is more widely used than Facebook whereas in Russia, Vkontakte is the largest social network. Simiarly, Qzone is the most popular social network in China with a massive 530m users.

The way individuals engage with social media depends on a number of factors including age, gender, income and even race. It’s important to analyse the subtle differences in the ways users interact with the different social media channels in your chosen region as this will allow for the development of a more coherent social media strategy that is more likely to engage your target customers.

Toppan Digital Language offer multilingual content marketing services to brands and agencies that either already maintain a presence in international markets or would like to take the first steps towards going global. Contact us to discuss how we can help. 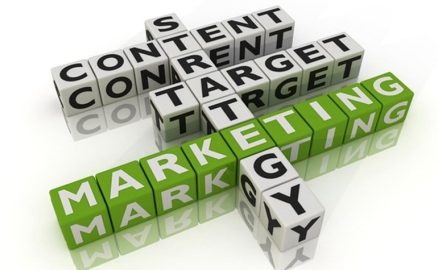