Home » Blog » How to Improve Your Voice Search Strategy Globally 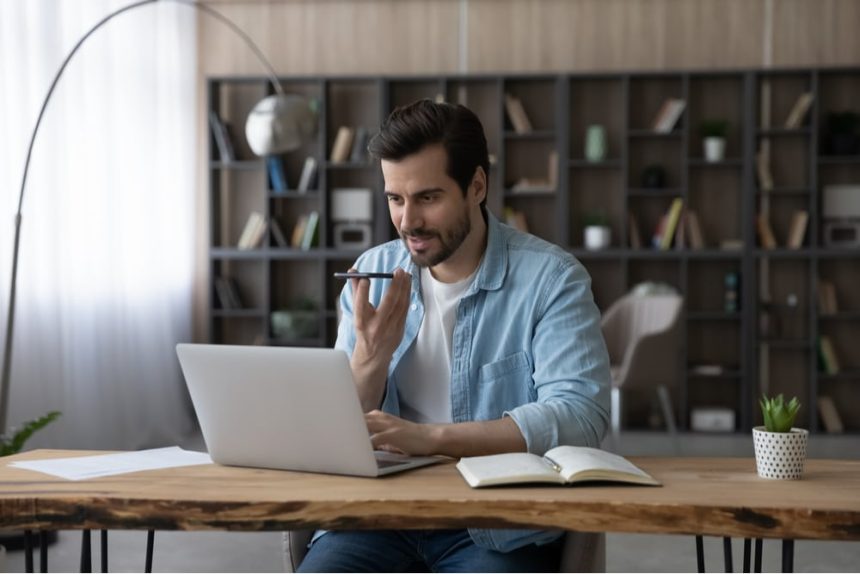 Voice search continues to grow in popularity, with Asian markets leading the way and increasing adoption in markets such as the US and UK. It’s not just that more consumers are adopting voice search; they are using it more often and fitting a greater number of voice-enabled devices into their lives and homes.

This year, voice-based shopping is expected to bloom to a value of $40bn in sales.

Worldwide, it’s thought over 27% of internet users are using voice search on mobile. By the end of this year, it’s thought that 55% of US households will own a smart speaker, and we know over three-quarters of these use their smart speakers to perform local searches at least once a week.

Voice search is especially popular in Asia and the biggest user base is found in this region. Voice search is rapidly becoming part of consumers’ everyday life, with over half of US consumers performing at least one voice search daily. In the UK around 42% of consumers claim to use it every day. It’s clear that consumers are increasingly prepared to trust voice search to support their product search and use it to make eCommerce transactions.

Now that we know how popular voice technology is, how do we create a voice search strategy to support customers using it? It’s simply not enough to assume that your brand’s existing offering will transfer seamlessly to voice-enabled interaction by customers.

You need to optimise all your digital assets for voice customers the same way you did for the mobile one. This includes actions such as enabling voice-based commands for key features in your web offering.

Often a customer using voice search will speak a longer search phrase than they would type. They tend to be more likely to use question-type words to frame their search, using words such as ‘how’ or ‘what’ and adjectives such as ‘best’.

Their search queries tend to be more detailed and more specific than words briefly typed into the Google search bar. This can be a real advantage for your business as it can better cater to their specific expressed need.

RELATED: How Voice Search Will Impact Your SEO Strategy

Getting into the featured snippet box is a real advantage if you’re catering to voice searchers. This little tidbit of information caters to the exact user need expressed by the search and it’s shown at the top of a physical page. It’s highly attractive to all users but specifically to consumers using voice search.

To maximise your chances of appearing in a Google snippet box, stay concise and to the point and really explore your long-tail keywords.

It’s striking how mobile use goes hand in hand with voice search. It’s really common for people to use mobile voice search while out and about, meaning that they are often looking for businesses in their local area.

Make sure all your business information is up to date, including things such as opening hours, so Google can index your business correctly for local users.

While this may sound high effort, remember the type of user that tend to use voice search. These include younger adults, adults with children, and households with a relatively high income. It’s likely that these are the type of users your business is trying to engage with.

You might also want to consider the environment in which your customers are likely to be using this technology. Whilst it’s now common for households to have home-based voice tech, it’s also common for them to want to use the technology outside the home in noisier and less private environments.

Voice assistants are being developed to cope with noisy environments and multiple background voices. This means your customer may be accessing your content using voice technology in a less private environment.

There’s every reason to believe that voice search and other voice technologies may continue to rise in popularity. We’re seeing an increasing number of devices being marketed with voice recognition software as standard. Perhaps the most important of these is the car.

Voice recognition technology is no longer only included at the higher end of car manufacturing. By 2024 it’s expected that 60% of new cars will be ‘connected’, and it’s likely to be a cornerstone of a whole generation of self-driving vehicles that are on the horizon already. 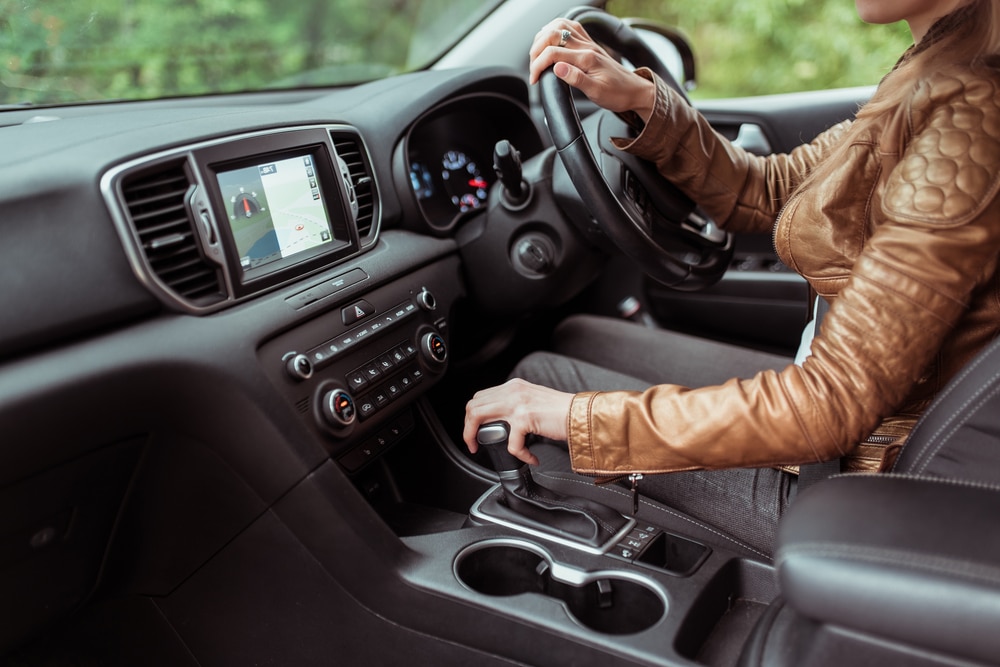 The main motivating factor for using voice tech in cars is safety. It’s now recognised that people are inseparable from their devices and voice recognition is the safest way to use a device such as a mobile phone to perform web searches, make calls, or messaging whilst driving.

But voice tech is also increasingly embedded into the car itself. At the moment in-car voice tech allows drivers to interact with the features of the car itself, including the media system or the navigation, and in the future, it’ll be an interface for giving instructions to autonomous vehicles.

Some studies have found Alexa to have low search accuracy in Germany compared to Bing. Google Assistant seems to be the most reliable for search in most markets. You’ll also find other market-specific patterns at play. For example, you’ll probably find your customers, who spend a larger share of their time driving, are more likely to use voice tech while in a car.

You’re no doubt already aware that you need to tailor your offering to customers for each specific market and customer language background. This approach needs to include their voice search needs.

For example, can your content cater to the way customers ask queries in various different languages? Language is a complex business, and we know that customers tend to ask longer, more complex questions when performing voice searches compared to typed ones.

You need to make sure your content is able to cater to voice search strings in the nuances of the local language.

We already know that in complex language markets, local languages can get blurred together somewhat. This can result in ‘mashup’ languages (also known as creole or pidgin languages) such as Singlish, Manglish, or Haitian Creole.

An AI trained in one language may be perplexed by the odd word creeping in from an entirely different language and it will take some additional learning or training for the systems to figure this out in local markets.

Perhaps the best possible application of voice tech AI is to enable people with low literacy to navigate the internet and use online services.

In a country such as Mali, where illiteracy is high, there have been attempts to use voice technology to bring online those for whom literacy is a key barrier to web access. The project has focused in particular on giving farmers better information to support them to grow crops using a mobile-based service.

In many parts of the world, it’s not just as simple as people being completely illiterate. In complex language markets, people can be literate in one language but more inclined to express themselves in a language they aren’t literate in.

It’s a common occurrence in countries where children are taught the dominant language in school but use a minority language at home. Some languages don’t have a writing system at all. In these cases, people have barriers to using their favoured language online which voice technologies could help them overcome.

Giving people access to the internet using voice technology can be a highly political move. Removing barriers to access means voiceless people can suddenly express themselves. These voiceless groups often include speakers of minority languages or people who live in remote areas where schooling isn’t well established, or households where poverty is a barrier to accessing education.

It can also be a gender-based issue. In many parts of the world, male children are often given preferential access to education, meaning women end up with higher rates of illiteracy than men.

One of the approaches taken by the scheme in Mali was to target female farmers to enable them to use voice search to get support to better feed their communities. Media organization Al Jazeera has also experimented with using voice tech to garner views from communities that are usually fairly disenfranchised in elections.

These schemes show the potential of voice search for disenfranchised groups but there is still a huge shortfall in what’s available for anyone that isn’t a literate speaker of a mainstream language. Most of the resources being spent on voice tech is focused on improving English services (and a small number of other dominant languages), not on better language inclusion.

Language diversity remains a huge problem right across the digital ecosphere, with most services and content available in only a small number of dominant languages. Where minority languages are catered to, there’s often a smaller body of content and a smaller focus of resources to support content in that language.

Sadly, the languages spoken by consumers with higher net worth tend to be the ones that are better represented online. This disadvantages and further disenfranchises minority language groups.

An example is Facebook, which has made efforts to include more diverse language populations. Although Facebook can now accommodate more than ten African languages, including Hausa, Zulu, and Wolof, there remain many hundred African language groups that cannot use the platform in their own mother tongue.

The same pattern is now being seen for voice tech. The focus of research and development remains on the huge and powerful languages such as English, Chinese, French, Arabic, and Spanish. Smaller language populations are not able to use the same technologies as speakers of larger languages.

While Facebook is accessible in written form to a small number of larger language groups in the African continent, African languages are basically unrepresented in voice tech research.

The pattern we’ve seen so far suggests that this may not be the case. In the history of the internet to date, it’s always been the languages with the greatest commercial value that have been catered to.

The social value of a language has always been ignored. So even though it makes a great deal of sense to bring the benefits of voice search to smaller language groups, this doesn’t mean that it will happen. The focus of language tech research tends to be led by commercial organizations, and they always tend to focus on the language groups with the greatest economic potential.

There’s also another key barrier to voice tech being applied to smaller language groups – a lack of data. It may seem bizarre that languages with tens of millions of speakers lack content repositories but that’s often the case.

It’s a catch-22 situation where languages that aren’t well-represented digitally don’t have the bank of data that could be used to train machine learning AI to improve voice search, to improve the digital representation of that language.

To train an AI system in a new language requires many hundreds of hours of recorded speech. Many minority languages don’t already have this, and the task of gathering this alone would be a huge and costly undertaking. So while voice technology could potentially help many disenfranchised people online, it’s sadly unlikely to happen based on current approaches to the technology.