At Toppan Digital Language we support several markup languages that include XML, XLIFF, HTML, CSV, JSON, SQL and YAML, among others.

We prefer files to be provided in XML (Extensible Markup Language. It is a markup language that outlines a set of rules for encoding documents in an arrangement that is readable by both humans and machines. It is defined in the XML 1.0 Specification produced by the W3C, and numerous other related specifications, all free open standards.

The design objectives of XML emphasise generality, simplicity and usability over the Internet. It is a textual data format that has strong support via Unicode for all languages of the world. Although the design of XML is primarily focused on documents, it has also been widely used for the representation of arbitrary data structures; a good example of this is in web services.

There are many application programming interfaces (APIs) that have been developed to help software developers with processing XML data, and there are several schema systems that exist to aid in the definition of XML-based languages which makes it a common markup language website owners consider before they approach a language service provider.

As of 2009, hundreds of different document formats that use XML syntax have been developed, including Atom, RSS, SOAP, and XHTML. XML-based formats have managed to become the default for many office-productivity tools, including OpenOffice.org, Microsoft Office (Office Open XML) and LibreOffice (OpenDocument) as well as Apple’s iWork. XML has also been employed as the base language for communication protocols, such as XMPP.

For the translation industry, XLIFF (XML Localisation Interchange File Format) is a format that is widely used. It is an XML-based format created to standardise the way localisable data is passed between tools during the localisation process.

Other formats we support include, but are not limited to:

We can also send and receive files in HTML (HyperText Markup Language) format.  HTML is the main markup language for creating web pages and other information that can be viewed in a web browser.

The main purpose of a web browser is to read HTML documents and subsequently compose them into audible or visible web pages. The browser will not display the HTML tags, but understands and uses the tags to interpret the content of the page.

JSON or JavaScript Object Notation is an open standard format that is used in human-readable text to transmit data objects that consist of attribute–value pairs. It is mainly used to transmit data between a server and web application, as an alternative to XML.

Although JSON was originally derived from the JavaScript scripting language, JSON is actually a language-independent data format, and code for parsing and generating JSON data is readily available in a large variety of programming languages. JSON files are also supported within our proprietary workflow management system, STREAM.

YAML is a human-readable data serialization format that takes its concepts from programming languages such as Perl, C, and Python, as well as ideas from XML and the data format of electronic mail. YAML was first proposed in 2001 by Clark Evans, who had designed it together with Oren Ben-Kiki and Ingy döt Net. It is available for several programming languages. We also accept files in YAML format.

A comma-separated values (CSV) file stores tabular data (text and numbers) in plain-text form. Plain text means that the file is made up of a sequence of characters, with no data that has to be interpreted instead, as binary numbers. A CSV file is made up of any number of records, separated by line breaks; each record consists of fields, separated by some other type of string or character, most commonly a literal comma or tab. Most commonly, all records have an identical sequence of fields. If you are unable to export your data as XML, HTML, JSON or YAML, we can accept CSV files too.

So, whatever your file type – we have a solution for your translation requirements. Contact us for a quote. 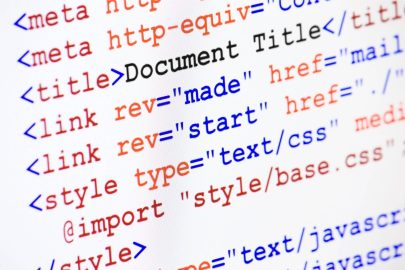