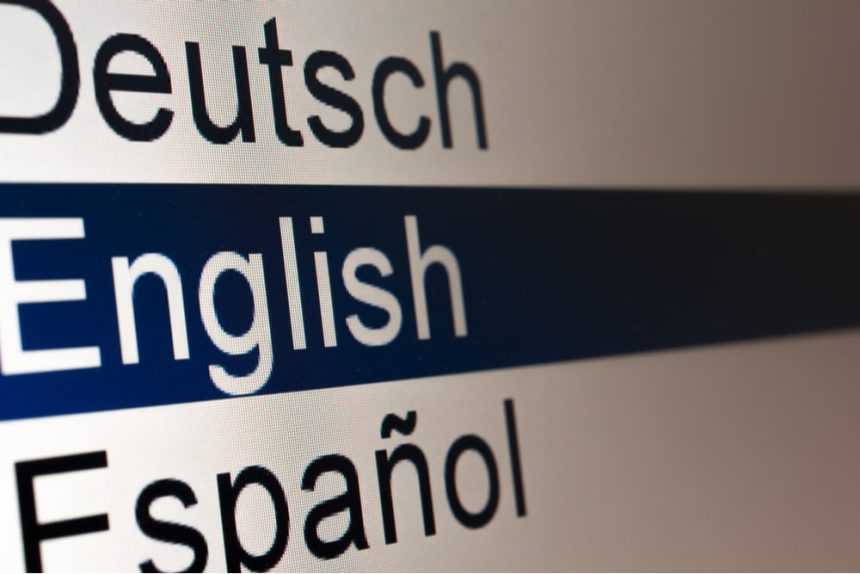 What a great time the mid-nineties was for eCommerce vendors! With 80% of the content of the global internet in English, marketing your product online was never easier (from a language perspective at least). Now, 20 years later you need to work across at least 14 different languages if you want to reach over 90% of the global online audience.

That’s incredible progress for online language diversity but it also makes work harder for vendors, who now have to make sure they’re targeting their content to customers in their native language. On the plus side, this expansion in language diversity has occurred because there’s a larger online population. If vendors can conquer the internet’s language diversity, there’s a huge and ever-growing audience on there for them.

Even though there are an estimated 6,500 languages spoken around the world, you can still reach 99% of the online population with only around 50 of them. That’s because many language groups still have no significant presence online.

Whilst the internet theoretically offers great potential to support language diversity, in reality, this technology has managed to help majority languages consolidate their dominance.

Majority languages are gatekeepers of important and valued services on the internet. If internet users have to switch to a majority language to access online content, their own language diminishes in value to them.

There are also technological barriers to language diversity online. Internet technology is founded on the English language and its structures. When the rules around top-level domains were expanded to include languages other than English, many major online systems still couldn’t accept the new domains and character sets.

Many of the new domains were registered by internet users from non-English speaking countries, powering the growth of the internet. For a time, airlines couldn’t transfer information for online customers using Chinese characters.

Around 30% of online content is in English now and there’s far better language diversity online compared to the early days of the internet. But content is still dominated by a relatively small number of majority languages: Chinese, Spanish and French being examples.

It’s thought only around 7% of world languages are represented in any form online. Even if smaller languages enjoy any kind of online presence at all, dominant languages also benefit from a richer array of content.

Part of the appeal of the internet is the vast amount of information available to users – for speakers of smaller languages the internet may be proportionately less useful simply because there isn’t as much available for them there. Particular platforms are also skewed towards particular languages. Some 51% of Twitter content is in English, for example. 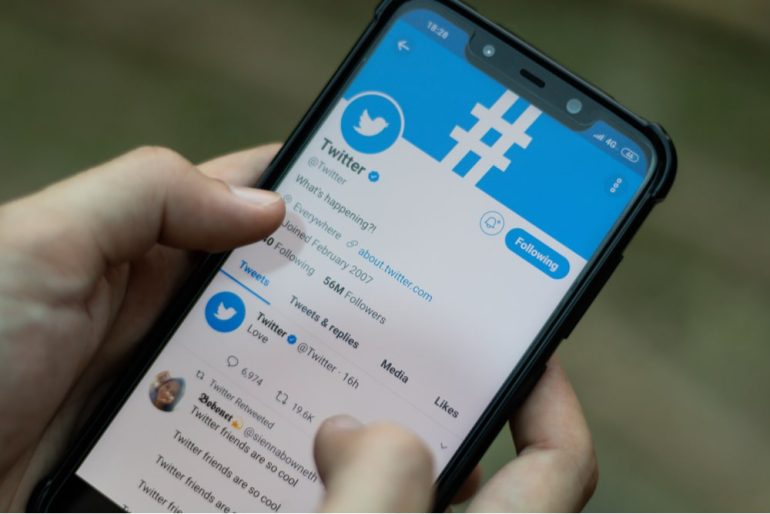 It isn’t just the case that some smaller language groups aren’t represented well online: whole swathes of the global population find little to serve them online. Major search engines such as Google and major social media and commerce platforms are available in most European languages but not in many African or Pacific languages.

This leads to the odd scenario that 76% of the online population lives in Africa, Asia, the Middle East, Latin America and the Caribbean, but the majority of content is produced elsewhere – largely Europe and North America. The reasons are both historical and technological.

It’s harder to create content in a language that isn’t well supported by keyboards built for dominant languages. Although there’s better domain diversity now, the majority of the world’s top-level domains are still from majority language regions.

The next phase of expansion

Data from 2021 suggests that only 65% of the world population currently has access to online infrastructure. Whilst this seems relatively low, only a year earlier the rate was only 58% which shows the rate of growth in participation is strong. The lowest rates of access are found in Africa, where penetration is at around 43% currently. There’s room for growth in Asia too, with current access at around 63% across the continent.

These new populations coming online include a lot of the world’s most language-diverse populations. But access to the physical infrastructure of the internet – via broadband access or smartphone ownership – is just a small part of the battle. There are many minority languages that don’t have a keyboard to support their language.

Voice tools can help people access the internet without needing to type but these tools are only available in majority languages. Being able to read and write is pretty essential if you’re going to use the internet in any minority language, and illiteracy remains an issue in many populations.

Many languages don’t have an alphabet or writing system of their own and may need to use the alphabet of another language to express themselves online. All these actions favour majority languages at the expense of minority ones.

Literacy may be lower in these populations. They may also have lower household spending power, so the cost of access to the internet is always an important consideration. They’ll probably be concerned with data consumption costs, and lower bandwidth apps may be important. When they start to participate in eCommerce, it’s likely to be lower-cost goods and lower basket value transactions.

There’s also room for more diverse participation even within groups that are already online. In many markets, it’s more common for men to have access to the internet than women, even within the same household.

Data from 2016 shows big gender divides in access in countries such as Nigeria, Kenya, Pakistan and India. New internet users may be disproportionately female compared to existing ones.

It’s also striking how different age groups are differently represented in online access. In Italy, 100% of the 18-34 age group was online in 2016 whilst only 65% of over 35s had access to the internet. In Vietnam, rates were even more striking: 81% of 18-34s were online compared to just 25% of older people.

Predictably, it’s also the case that wealthier and better-educated people are more likely to be online in pretty much any market. Disparity based on household income was particularly pronounced in countries including Lebanon, Russia and Malaysia but it’s present across the world to at least some extent.

If new internet users come from less affluent backgrounds this may impact their behaviour online. They may be more cautious, they may be less confident making purchases online and very conservative about trying new purchase methods. Many of the people using the internet for the first time may also be unbanked. This has implications for their participation in eCommerce.

With a more diverse population joining the internet all the time, it has never been more important to address accessibility and diversity online. It’s not just a matter of expanding the language offering of online content. There are other considerations too. 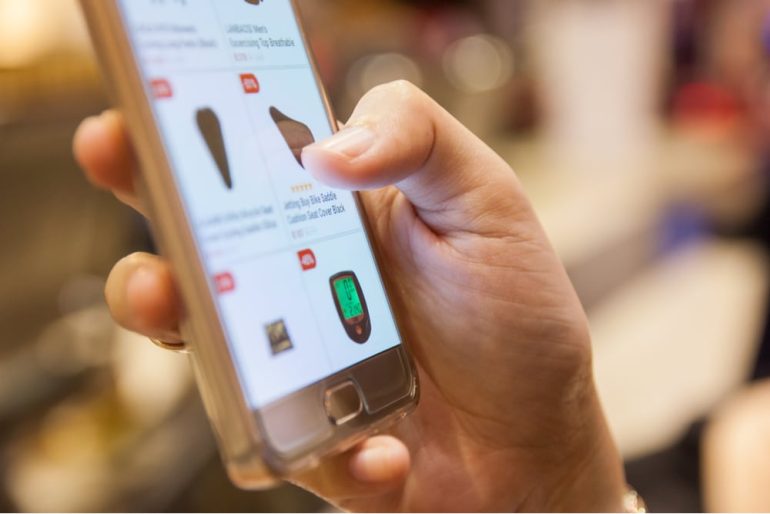 Ensuring your retail brand is accessible to cross-border consumers will be key to your international success.

For brands entering emerging markets, the first consumer segment of choice is usually a majority language population. Quite often this is a practical choice because majority language speakers tend to be a larger group that’s easier to reach, often more urban and frequently more affluent compared to minority language groups in the same market.

Once your brand is established in the market, the obvious path to growth is by targeting new audiences, which often means new language audiences. That’s when it gets tricky. With high competition online for customers, brands are incentivised to target smaller audience segments which may mean new language groups.

Some of the world’s top clothing brands haven’t been caught sleeping on the language diversity issue. There are numerous studies that link a positive correlation between fashion brands’ language accessibility approach and their growth rates over 5 years.

ASOS, for example, offers a wider array of languages, many different payment options, accepts 19 currencies and gives users the option to tailor their online experience by both language and region. As a result, the online-only fashion brand has seen huge growth in the last five years. Meanwhile, Topman, which offered only a semi-translated web experience in a small number of languages, fared less well, to say the least.

All roads point to the importance of full localisation, not just of language but of aspects such as currency as well. It’s essential to your localisation strategy to translate every part of your site, not just pages you deem are particularly important. This also includes adapting your brand images to suit a more diverse audience.

Language diversity and an inclusive approach aren’t just important for attracting and retaining customers. Brands can also benefit from taking a more inclusive approach to their own internal operations. We’ve discussed before the interesting phenomenon of Japanese companies switching to using the English language, even in their internal domestic operations.

READ MORE: Why the Car Industry is Switching to English

This bold move apparently helped businesses attract more international talent. Changing the language your business operates in is an extreme step but with talent often in short supply, it’s important for brands to keep diversity in mind when they look to hire.

Whether it’s in terms of businesses chasing top talent or brands fighting for new audiences in a competitive commercial environment, diversity offers a way to survive. No organisation can afford to focus solely on majority language speakers if it wants to thrive in a highly competitive environment.

Language diversity may seem an intimidating prospect but it’s clearly a key part of achieving success in a world that’s increasingly global in its outlook.

How the Jewellery Industry is Tackling the Growing Problem of Fakes

The State of eCommerce Localisation 2016 Report

Is Cryptocurrency a Viable Option For International Retailers?