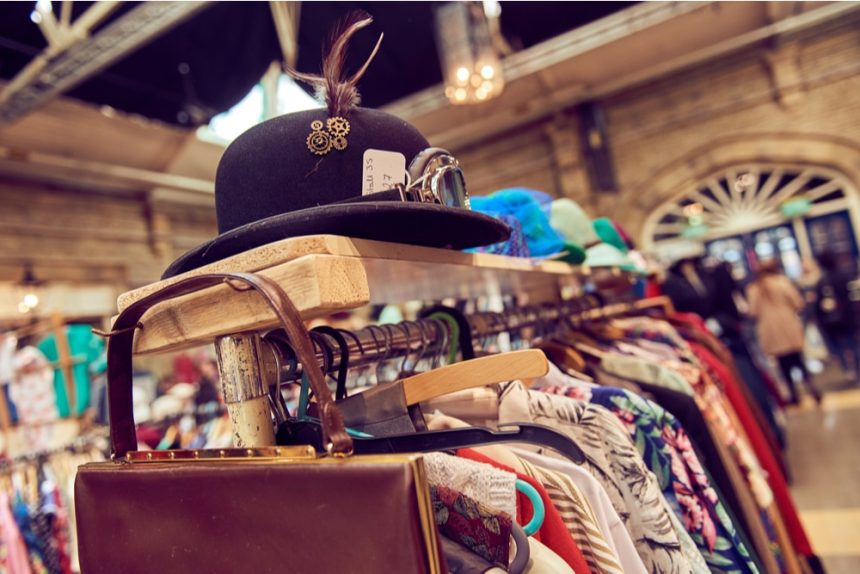 Just in the last three years, pre-owned clothing sales have grown an astonishing 21 times faster than the mainstream retail apparel market. This is a shocking statistic, despite the turmoil of the last few years.

Consumers are increasingly concerned about the environment, they’re disenchanted with consumerism, and their wallets are under pressure. One of the fallouts from these combined effects is the boom in pre-owned clothing – enabled by peer-to-peer selling facilitated by online platforms such as Depop and eBay.

Consumers are genuinely concerned about the environment, and the recent pandemic seems to have added focus to these concerns. Increasing numbers of consumers said they were taking all possible steps to reduce their carbon footprint.

A survey last year by Accenture found 60% of consumers were making more sustainable or otherwise ethical purchases. The vast majority stated they planned to continue this habit.

This is translating into a significant cultural change in the way we buy clothes. In the US, over 30 million consumers bought second-hand clothing for the first time in 2020. The value of this market is expected to triple to $80bn in the next 9 years. In the UK, sales rose by over 17% in 2019.

It’s a change that’s driven by younger consumers in particular. Partly this is a shift in culture – buying pre-owned no longer has a social stigma.

Younger generations, in particular, are under financial pressure. They own a smaller share of wealth than baby boomers did at their age, wages are low and living costs such as housing are high. Increasingly, consumers have identified that consumerism isn’t quite filling the void in their lives that were promised by the marketing industry.

What’s curious is that there’s less interest in buying clothing marketed as sustainable than in buying second-hand. This is a really interesting phenomenon. Possibly it could reflect growing consumer cynicism about industry efforts to make consumerism sustainable.

Consumers are wary of greenwashing by retailers trying to pretend their products are more sustainable than they really are. It may also be that sustainable clothing isn’t as appealing as second-hand or vintage items – it’s also relatively expensive compared to many pre-owned outlets.

Possibly consumers are inspired by the experience of second-hand shopping, which can give purchases an interesting backstory. We know that consumers increasingly value experiences over possessions, so this seems a plausible explanation why they prefer pre-owned to anything marketed as sustainable.

Crucially, consumers are also interested in giving away or selling their own clothes. Gen Z (those, currently, under about 25 years old) are 33% more likely to have resold clothing online than a Baby Boomer (those older than about 60), they see apparel ownership as temporary, and they are 165% more likely to consider the likely resale value of clothing before they buy it.

The demographic seeing the biggest change in attitudes is women with young children; half of mothers report that they plan to spend more on second-hand clothing in the next 5 years. That’s the biggest shift to pre-owned of any demographic.

It’s hard to ignore the role of the pandemic in shifting consumer attitudes. For starters, many of us are worse off than we were before Coronavirus hit. Many people have been displaced, their jobs have changed and their relationships may have been disrupted. This has impacted our beliefs and attitudes.

We know that consumers care more about sustainability, avoiding waste and about the quality (particularly the longevity) of clothing compared to before the pandemic. That’s seen in research by Fashionista and data from Lovethesales.com which found premium brands fared relatively well during the pandemic.

Second-hand clothing is increasingly occupying a larger share of the average consumer’s wardrobe but this isn’t the only change afoot. Whilst used clothing is predicted to increase to 18% of the US clothing market, other trends are also at play that are significantly changing how people source their clothing.

GlobalData estimates predict that rented and subscription clothing will also play a larger part in clothing supply. Value chains are likely to lose out slightly, as consumers turn away from buying cheap clothing at places such as Target and Walmart. The same study predicts that, despite its strong gains in the last decade, the direct-to-consumer sector will only increase very slightly in the years to 2030.

Amazon is set to expand aggressively into the clothing space over the next few years. Whilst this player was almost non-existent in the apparel space in 2010, by 2030 the marketplace looks set to hold 5% of total market share in US clothing retail.

Although consumers value sustainability and a fun shopping experience, we know they also value convenience and choice. Amazon is likely to push both these benefits as part of its clothing offering. Meanwhile, ‘other’ retailers – that includes shopping channel QVC and member’s club Costco will see a significant decline in market share in the 2 decades to 2030. 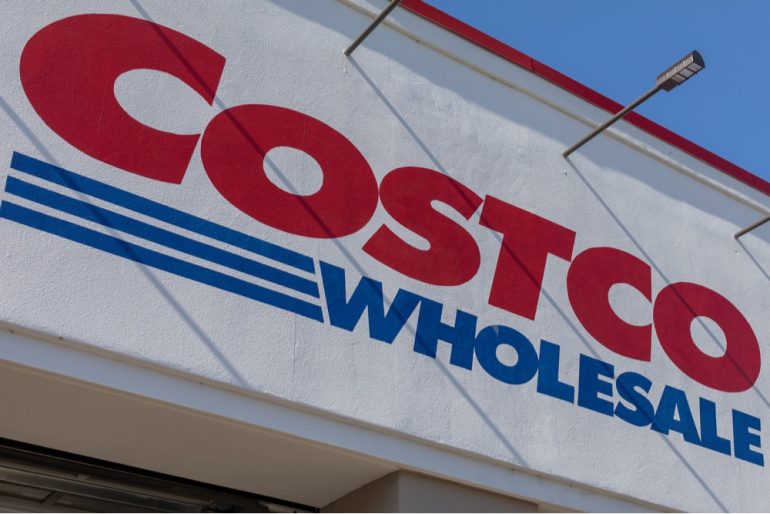 Amazon’s huge influence in the retail market could see a huge shift in market share for other retailers. Image Credit: ARTYOORAN / Shutterstock.com

Not all markets are quite as receptive to buying and wearing pre-owned clothing. As both the world’s biggest consumer and producer of clothing, China’s attitude is significant, particularly if you’re measuring the environmental impact of our clothing purchasing.

Chinese consumers remain resistant to second-hand clothing and it still carries social stigma in this market. Not only are consumers interested in the social cachet of buying new clothing, there’s also some superstition about wearing used clothing that may have belonged to the dead.

Chinese consumers tend to be highly concerned about counterfeit products, and this is also a deterrent to buying second-hand. There’s also concern about hygiene, particularly with both SARS and COVID still a concern in peoples’ minds.

Some influencers are attempting to generate interest in vintage clothing but there are only a small number of pre-owned and vintage wear outlets in China. If change is coming, it’s likely to be from the top end of the market.

Vintage wear that carries cachet (and isn’t necessarily cheap) is probably going to make more of a mark here than low-end second-hand charity shops. There’s also some interest in Japanese vintage fashion, at least enough to sustain one or two vintage clothing shops in bigger cities.

As in the West, it tends to be younger consumers leading interest in second-hand clothing. There’s some activity to kickstart fashion resale platforms in China, but these remain small scale for now.

Although there’s little interest in pre-owned apparel in this market, there seems to be greater potential in the wardrobe subscription and clothing hire sectors. It seems Chinese consumers are less motivated by environmental factors than other concerns when they rent clothing. These include having a wider range of clothing options and freeing up wardrobe space.

Retailers with a more modern model look likely to gain the most from the changing attitudes to buying clothing in Western markets. Traditional retailers such as department stores are likely to lose out, with their share of consumer wardrobe space set to decline in relative terms compared to today.

GlobalData estimates that major US department stores such as Macy’s and Nordstrom could see their market share halve by 2030, from 15% of the US market in 2021 to only 7% in 2030. Mid-price retailers including GAP are likely to see similar declines.

What’s interesting is seeing retailers themselves taking an interest in resale. While second-hand would normally seem to be the antithesis of clothing retail brands, two-thirds of retailers now report that they are either already doing this or at least open to the idea of resale.

It’s starting to look as if resale could be part of the omnichannel model for clothing brands. In most cases, their approach is likely to be through partnering with an existing resale business, as M&S have done with Oxfam. M&S rewards people who donate their M&S clothing to Oxfam by giving them M&S vouchers.

Even the luxury brands such as Gucci and Alexander McQueen are participating. These brands have partnered with specialist luxury resellers to see their products resold to consumers. 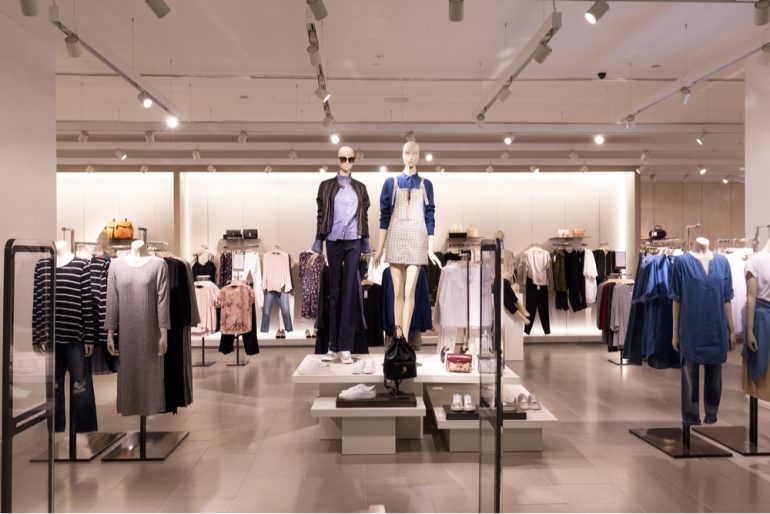 Luxury brands are also investing in the pre-owned trend by partnering with third parties to re-sell their second-hand products. Image Credit: TonyV3112 / Shutterstock.com

This helps legitimise the resellers and forms part of brand attempts to combat counterfeiting. It also helps enhance their reputation of producing clothing and other wearables that last well and have resale value well into the future.

Brands that get involved with resale are partnering with resale specialists simply because of the logistics involved. Reselling clothing is labour-intensive and best managed by specialist processors. The pre-owned clothing market may be booming but this doesn’t make it any easier to tackle the complex logistics of reselling clothing. There’s a huge amount of sorting of clothing, decision making and transportation that’s required to manage resale at any kind of scale.

There’s no doubt that buying second-hand clothing helps the environment. It reduces landfills and pollution and reduces our consumption of materials as well as resources such as water. But it’s unclear whether brand reselling is really going to form a major part of the reselling market that’s already being done by specialists, such as charity shops. Are retailers simply greenwashing?

Perhaps the number one rule of contemporary clothing retail is that the customer always gets their way. Consumers are incredibly pandered to by today’s apparel market, as retailers chase increasingly thin margins in a highly competitive environment.

Now that consumers want second-hand clothing, it’s likely the industry will have to follow them in that direction. It remains to be seen whether retailer interests are going to successfully align with those of consumers in this area. Reselling is a logistically-challenging activity, which brings its own costs. Trying to eke out profits from reselling activity is going to be a key challenge for retailers.

Consumers are increasingly interested in ‘alternative’ ways to acquire clothing, including things such as subscription services and rental as well as pre-owned clothing. Retailers have to decide how they are going to survive in a clothing market where consumers just aren’t as interested in buying new clothing.

These trends all add to the woes of today’s clothing retailer. Consumer habits are evolving and they rarely evolve in a direction that makes it easier for retailers to thrive!

How to Localise Your Ecommerce Presence Effectively in China