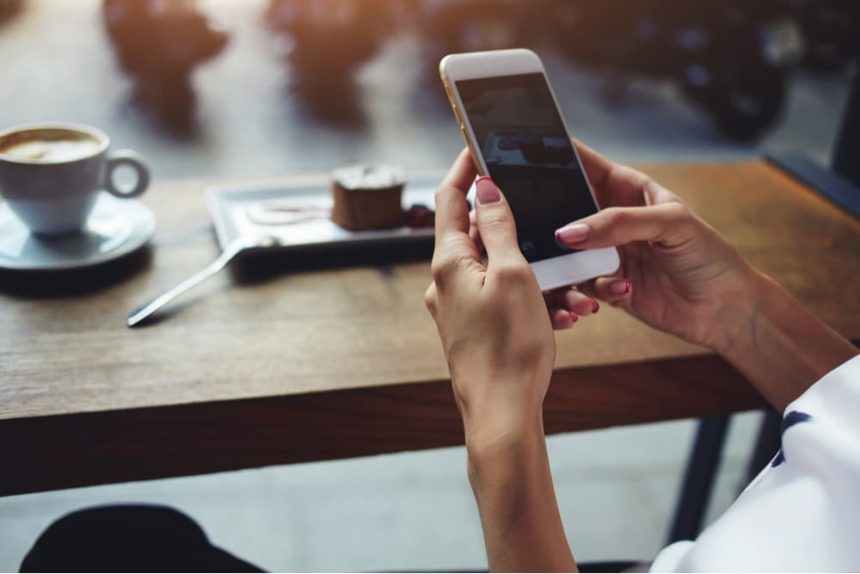 It seems intuitive that good design should be universally recognised as such. After all, Japanese teapots are admired around the world for their humble beauty and practicality, the beauty of the Taj Mahal is widely recognised within and without the Islamic world as a supreme architectural achievement and Leonardo da Vinci is recognised as the world’s greatest artist in 82 countries.

When it comes to website design, however, tastes differ. People from different cultural backgrounds have rather different tastes for website design and very different criteria for what is acceptable, and what is good.

One key differential is how much page clutter users think is normal. Scandinavian countries tend to have a stronger preference for minimalist, functional design styles. You’ll see cool colours, often a lot of white space and sometimes natural elements such as images of greenery and the outdoors.

You’ll often see a single unfussy hero image on a page rather than multiple smaller images. This approach has been highly influential on global web design, particularly on beauty and fashion brands in Western Europe.

This scaled-back approach isn’t as popular in Japan, where consumers favour a more information-dense approach. Japanese origin sites often have a busy layout, small and dense text and many small images on one page. You may also find cutesy graphics, animation and bold, clashing colours; There’s often little white space on the web pages. It may seem chaotic to anyone used to the serene Scandi approach.

There’s a theory that the complexities of the Japanese language may help prepare native Japanese speakers to scan dense information and extract the information more efficiently compared to speakers of other languages. There’s also a theory that Japanese culture’s resistance to wastefulness is why Japanese web designers feel compelled to use every scrap of digital space.

It is absolutely true that Japanese consumers tend to gather information much more seriously before committing to making a purchase compared to consumers of other nationalities – it’s said a Japanese consumer is more likely to read a product label than anyone else in the world.

Whilst they might admire a restrained, minimalist website they are also likely to be suspicious about what they see as a lack of information about a product or about a company. Giving these consumers a lot of information up front is a good way to overcome their concerns and be more transparent. That’s why the Scandi approach might not give them the reassurance they need to purchase.

There are essentially just two principles to a successful website design:

Whilst a web user who is accustomed to busy Japanese websites visits a Scandinavian one, they should be able to recognise the menu and understand the content organisation, even if the words themselves are a mystery to them. Most web users would be able to navigate around a website from another part of the world because website design principles tend to be universally understood. 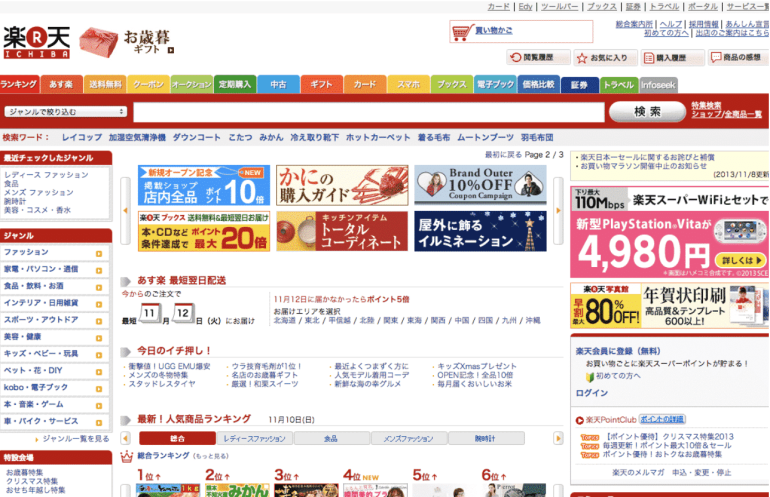 The difficulties emerge when it comes to a user’s cultural expectations. Whilst users from different cultural backgrounds may be able to navigate around your site, their culture might influence how they engage with it. If they have a cultural preference for content to be rigidly organised and presented as sparingly as possible, they will see anything else as chaotic (and possibly untrustworthy).

Their cultural background may not have prepared them effectively for navigating a huge volume of information on the page unless it is very carefully organised in a way they expect.

A person’s cultural background also influences what gives credibility to a brand. If you’re approaching someone from a more collectivist culture, it may be important to present information in a social context. That’s why Indian websites will promote the authority figures their organisation is associated with.

It’s why Asian websites have a prominent message from their CEO on their homepage, or a quote from an authority figure such as a politician. This isn’t standard practice in Western markets, and Western users might find this an odd thing to have on the homepage unless the CEO is a Steve Jobs type of celebrity business leader.

Another factor to consider is how your brand places itself in a historical context using web design. Only British companies with serious heritage to boast of, such as Saville Row tailors of longstanding, tend to put their history front and centre of their web presence. In other parts of the world, it’s far more common to make the history of the company a key feature on the website, and often this is placed into a national context.

One key thing many consumers might take away from your website is whether it looks modern or not. Any trendy clothing brand worth its salt will have a website that looks, to its user base, recognisably modern in design.

There’s a certain level of reassurance to be found for fashion companies if their websites are inarguably cutting edge in look and feel. Other types of brands may also benefit from looking fresh and modern. If your web design makes your brand look seriously outdated then your audience may assume you’re not a serious player in the market.

Western consumers that encounter websites from other locations will often describe them as looking dated. Consumers might not be able to put their finger on exactly why this is but they might say this is how they feel about your site.

In reality, it’s because they seem to reflect some of the conventions that we associate with websites from the 1990s and early 2000s. Back then it was common to see a lot of different colours on a website, visually clashing on-page ads, cluttered pages and badly structured content.

A lot of these trends were eliminated by modern templated web design packages which cleaned up the general layout and structuring of web pages. To the average western web user, a visually cluttered Japanese website harks back to those cluttered websites with their chaotic colour palette.

Digital font typography has also moved on a great deal since the early days of the internet. Web designers working with a mainstream alphabet such as Latin have the benefit of a huge array of font styles to choose from.

That’s a huge benefit for designers of English-language websites and helps carefully engineer the unique look and feel of any brand website. Some major brands have even developed their own typeface – Apple is just one example.

It’s much harder to create digital typefaces for a language such as Chinese because you have to develop at least 7,000 separate glyphs. Few brands are prepared to invest in creating a proprietary Chinese typeface!

As a result, many Chinese language websites rely on a relatively small number of typeface options in the same way that websites from the 1990s leant heavily on “web-safe” fonts which included Arial, Courier New, and Times New Roman. For a western visitor accustomed to a well-designed website matching the typeface to the look and feel, this may look a little jarring and possibly even a bit dated.

If you’re designing for a new market, you’re best advised to get web design advice that’s specific to the practicalities of that market. You’ll want to think about how your users are likely to visit your website – are they more likely to be on a smartphone or a more basic handset? What technology do they favour – are they as tolerant of flashing fonts and animations as the Japanese market is, or is this considered outdated in their market?

Another key consideration for your web design approach is to consider what bandwidth restrictions your audience faces. Consumers in many emerging markets will have very expensive data packages or limited bandwidth and need to choose carefully what they do online.

You can help them use your site by designing it in a way that gives your consumers the best access at lower bandwidth. This includes minimising how many images you use and compressing them to limit their size, not relying too much on video and not using autoplay. 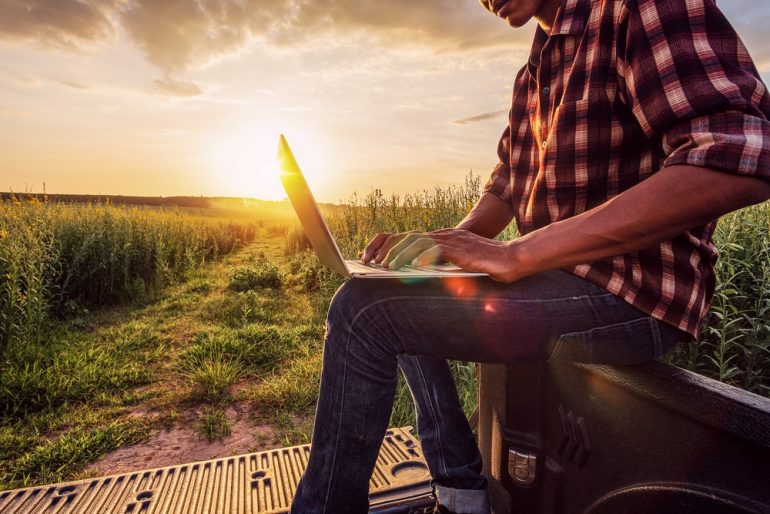 This will hopefully enable users to use your site with confidence it won’t be too costly for them or too slow to load.
Consumers may love your brand but they still need to make choices about whether accessing your web presence is too slow for them, or just too costly for their bandwidth restrictions.

If you’re adapting your website for a different market, you need to think beyond language translation. You might need to think about the message you convey using your images, how many you use and how prominent they are and how dense your information is. You need to consider whether you are presenting the information your audience needs and expects in the way that best suits them.

You also need to place your brand in its social context. Do you need to convey your brand’s social or historical context to your audience as part of the design consideration? What does a modern website look like to your audience, and how does it compare to your competitor’s in that market? You also need to consider the more practical elements of the design, such as how heavy it consumes customer data.

Taking your domestic web design to another market and merely translating the content won’t always result in a successful market launch. Web design isn’t just about making your website look nice – it’s about placing it into the right context for your audience to engage with it and making it practical for them to use.

A good starting point is to look at how other domestic competitors in your target market are designing for the web. While there’s plenty of room for your design to break boundaries, it’s important to understand what’s considered ‘normal’ by your audience. This should help you understand your audience’s expectations for a brand such as yours, even if you intend to exceed those expectations with how your brand presents itself online.

Why the Most Popular World Languages Aren’t Reflected Online?