Home » Blog » Subtitle Services: What Are the Challenges? 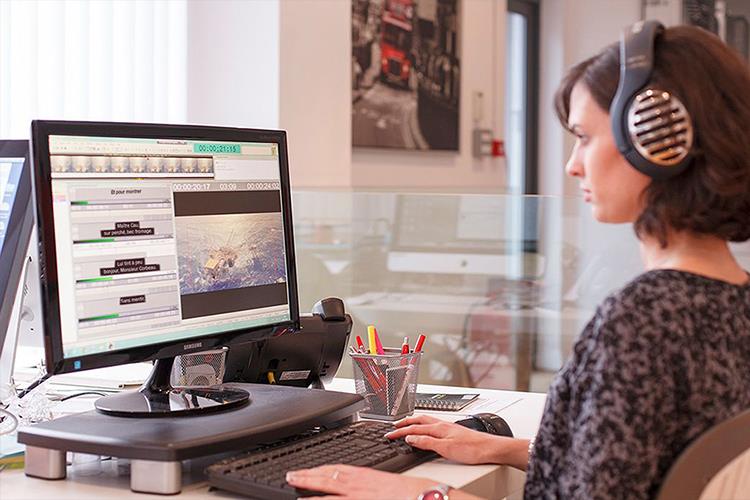 Subtitling is a type of audio-visual translation that consists of adapting and summarising the original speech and presenting it as written text (usually displayed at the bottom of the screen).

It can often prove more complicated than other types of translation owing to the various challenges that may arise, as we will outline below.

Let’s start with the spatial and temporal considerations. Have you ever watched a subtitled film where you only had enough time to read the text quickly and thus perhaps lost visual information, rather than reading and watching the video simultaneously? That might be because the following points had not been followed:

There is a maximum of two lines when subtitling and the separation of the two lines must not interrupt any linguistic unit in the sentence, for example, a unit of a noun + an adjective.

At the same time, there is a maximum of characters per line. Every language has a different limit. Normally, for French, Italian, German and Spanish it’s between 37 and 39 characters, although certain platforms like Netflix are allowing up to 42 characters.

The above challenges related to spatial dimensions can be overcome, but that’s not all a subtitler must take into account. Let’s now turn our attention to temporal considerations:

Subtitles need to be synchronised with the audio and the video. A subtitle should appear and disappear when a person starts and finishes speaking. We need to be careful because if the subtitles come in too early or too late they could be confusing for the viewer and may distract them from the video.

A highly important rule when subtitling is the six-second maximum. Generally, an average reader can read a two-line subtitle in six seconds. If a subtitle stays longer than six seconds the viewer may read it again.

Allowing for spatial and temporal considerations simultaneously can be tricky when subtitling. Most of the time, translators will need to summarise the content of the dialogue in order to adhere to the above rules, which brings us to the next challenge.

The written version of the speech in subtitles will normally be a reduced form of the oral speech (remember that subtitles are limited to a maximum of two lines, 37-39 characters and six seconds). Important information cannot be missed in the translation and therefore text reduction can be a delicate process.

Subtitles need to be easily understood by the viewer, coherent and sound natural.

Punctuation marks are used as they would be in normal text (subtitled sentences end with a full stop etc.) but there are some exceptions. For example, commas should not be used when pauses are needed.

All these considerations can, of course, change depending on the client. For example, there are clients who want to add an ellipsis (…) when one subtitle follows the next, or clients such as Netflix who are allowing more characters per line, as previously mentioned.

Feeling a tad overwhelmed? Well, unfortunately, we still have two more aspects to add to the subtitling experience! In a film or TV programme, we often need to distinguish between the verbal and non-verbal text which the subtitler must take into account so it can be clarified for the viewer.

Last but not least, a subtitler needs to know how the subtitle editing software they are using works:

As with all new software, practice and determination are key in mastering the technology and learning how to get the most from it.

Our subtitling department at Toppan Digital Language works on corporate videos, training and videos for internal purposes. If you are looking for professional and high-quality subtitling services, don’t hesitate to send us your request!