How to Write an Effective Translation Brief

Home » Blog » How to Write an Effective Translation Brief 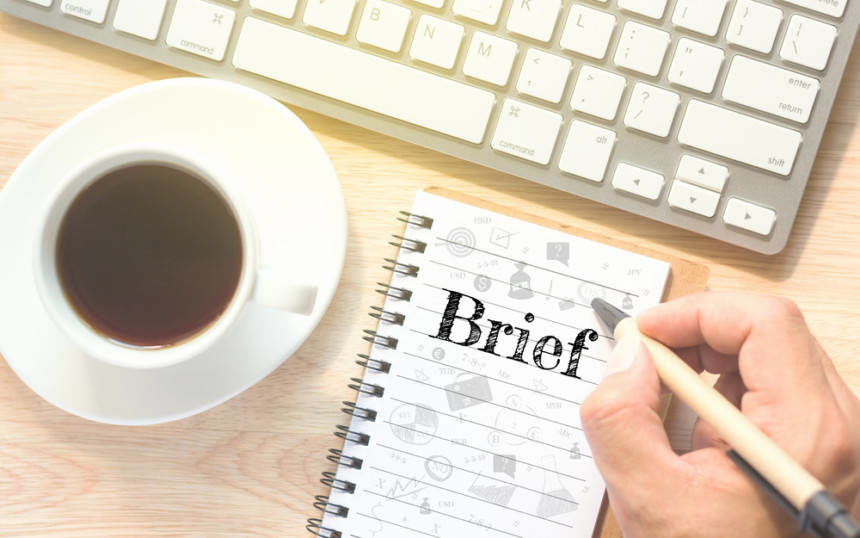 A well-written translation brief makes all the difference to the success of a translation project.

The success of any translation or transcreation project relies on the ability to determine how feasible the source text is for the intended audience and to decide how much it needs to be adapted to achieve its intended purpose in the target language.

Writing a good, detailed translation brief helps you to obtain the right eventual outcome for your project. But what’s the best way to go about it?

Why write a brief?

One reason for writing a brief to accompany your translation project is that texts that are literal translations of the original often lose their intended meaning, and the translator needs to take steps to avoid this happening. The most basic example of this would be a source text which contains idiomatic language. When translated literally (word for word), idioms often become nonsensical or seem out of place in other languages. This can be true even within the same language across different regions and cultures.

But there’s more to writing a translation brief than just determining what’s to be done about any idiomatic language it contains. It’s really important that your translator knows who the intended audience is; not just their nationality but also information such as their age, interests and level of subject knowledge. This will help them to understand how best to tailor the copy to suit the needs of the specific target audience.

Different languages all have their own unique ways of communicating social practices, values and beliefs.

Furthermore, every culture has its own cultural values and expectations which are independent of language. There’s a very big difference between translating a text into English for an Australian, American and Jamaican audience. This is where questions of style and tone of voice get introduced.

Conveying the same result in translation

The essential objective of any translation project is to communicate the same information and achieve the desired response with the translated text as with the original source text.

This is a question of style as well as meaning. Your brief needs to take into account how the new audience expects your brand to communicate with them and how they will react to particular approaches. The source content may need to be restructured for the target language so that the meaning is effectively conveyed and the ideas and argument sustained effectively in the new language and cultural context.

This involves not only changing cultural references and idioms but also choosing forms of expression to suit the new audience. This gives a great deal of power to the translator and it’s why they need adequate guidance from you to make sure the new text is effective at achieving its intended objective.

Of course the point of a translation brief is not only to help the project succeed but also to prevent it going horribly wrong.

There are plenty of examples of poor translation work backfiring. HSBC’s ‘Assume nothing’ US ad campaign was poorly translated and appeared as ‘do nothing’ in a number of countries. However, this is an example of the brand not double checking the campaign message on local audiences before launch.

Brands that don’t understand the local culture often make a different type of marketing mistake, and one that’s less easily picked up. American advertising is notoriously aggressive and uses hard sales tactics. But American brands that try to communicate aggressively in this way often find that this is not a particularly successful tactic in Britain, where sales messaging is much more subtle.

Similarly, the message itself may need adapting to suit local preferences and behaviour. Walmart fell foul of customer expectations when it tried to take its low price strategy which worked so well in the USA to Japan, where consumers associate low prices with poor quality products. The company should have adapted its message to take this into account, with the emphasis being placed on value or convenience rather than price.

How to write a translation brief

Many translation companies will provide you with their own translation brief template for you to complete. A typical translation brief will be particularly focused on identifying the type of content to be translated and who the target audience is – which is important if the content contains any technical terms or jargon that requires specialist knowledge to understand and translate effectively.

Remember that some languages have formal and informal ways of addressing people, so you’ll need to determine whether you’re addressing the audience using one or the other.

Whether the language of translation includes informal and formal speech or not, the translator will also need to know what tone of voice you want them to use. In some cultural contexts, audiences may have different expectations for the tone of voice your business uses. An experienced translation team should be able to advise you on this.

On the more technical side, you’ll also be asked if your translator should convert any currencies, measurements such as miles to kilometres, and also things such as the desired word count of the translation. You’ll also need to consider whether you need the names of people and brands to be phonetically adapted. That’s not always been a successful approach for brands entering China: Coca Cola famously translates phonetically as something akin to ‘bite the wax tadpole’.

It’s also worth remembering to include the purpose of the material and what you want the reader to do as a result of reading it.

This is so the translator can sustain the purpose of the copy in the translated document, such as driving the reader towards a call to action or trying to change their perceptions.

The most important thing to remember is that where there are decisions to be made about the impact of the translated text on the eventual audience, it’s important that these are made by your business rather than by the translator. That’s the essence of the translation brief: to ensure you stay in control of the messaging regardless of the language.