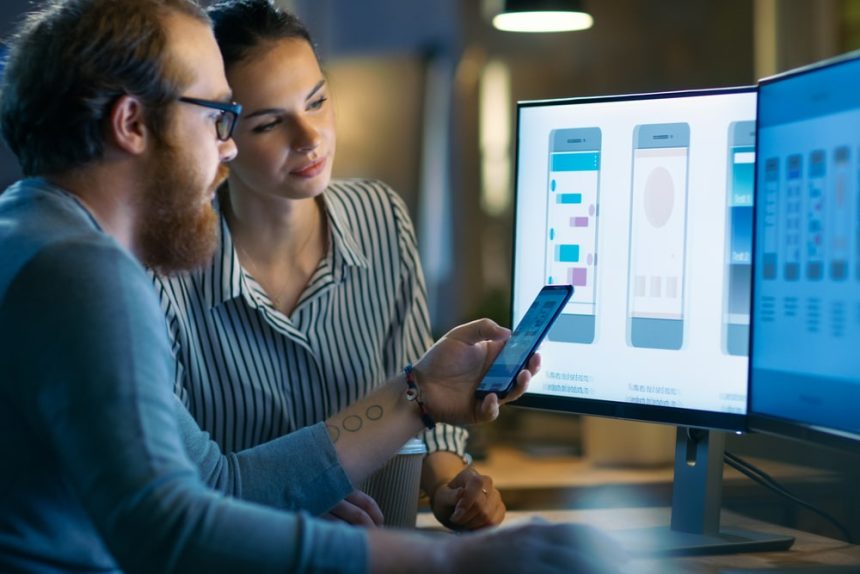 Taking your mobile app global is the fundamental next step for any developer when they’ve gained a significant user base in their home market. There are many challenges to taking a digital product to a new market, but with the right preparation and application of localisation best practices, mobile app developers can reap considerable benefits with international success.

Mobile App localisation refers to the cultural and linguistic adaptation of a mobile app to a different market. You’ll need to take the cultural, linguistic and technical needs of your user base into consideration in each market without compromising functionality.

Internationalisation should be a crucial part of the initial development process of your app long-before localisation is even a consideration. Think of it as the foundation on which your localisation strategy will be built.

The support of cultural, regional and language-related preferences are just a few of the typical internationalisation best practices that should be considered as standard. This includes date and time formats, name and address forms, numeral systems and currency.

With internationalisation baked into the early development process of your app, you’ll be primed with a localisation-ready product that’s able to reduce the costs of your long-term international expansion strategy without compromising on product quality.

RELATED: Why Internationalisation is Critical to the Success of Your Digital Product

While it’s important for app developers to think about language when it comes to mobile app localisation (even before your app is developed), the importance of locale becomes ever more present when your app becomes popular internationally.

Setting up your language code for French, for example, doesn’t automatically mean your app will be widely adopted in other francophone countries such as Canada, Belgium or Switzerland. If your plan really is to go global, you need to make your app culturally, as well as linguistically, relevant.

What may be culturally relevant in one country may not be appropriate in another one – even one that speaks the same language.

Baseball mobile games might be driving users to download in record numbers in the US but you’re not likely going to get a similar amount of downloads outside this market unless there’s a particular interest in this sport outside of US expats.

Diving into your analytics data can prove useful to identifying growth opportunities. Where are your most loyal users located? Are you getting a significant number of downloads from a particular market? Tapping into these insights can help you make an informed decision of which language to localise your app into next.

Another useful way to identify a potential new market is app reviews. If you’ve got a spike in the number of users who like your app in a particular market, there’s a chance that market could be ripe for success! Are there any patterns that could prove beneficial?

For example, you might find the need for particular functionality a common theme in the reviews from a particular market. This could improve not only the functionality of your app in that locale, but could also make your app stand out from the competition by fulfilling a local need.

Keep in mind that different markets are keen on different smartphone manufacturers. While many Western countries gravitate to the infamous iPhone, Android devices are a common favourite for users in South and East Asia despite the iPhone’s growing popularity outside the West.

The local smartphone manufacturer, Vivo, ranks number one in China with its rival Oppo coming a close second – taking the lion share of the Chinese market by 24% and 23% respectively.

And with a wide variety of Android phones on the market, this means different screen sizes and often different variations of the Android operating systems to contend with. If you’re targeting users in these markets, don’t forget to consider best practices when it comes to Android localisation.

Then there’s text length to consider. Assuming internationalisation best practices have been implemented into your product design, it shouldn’t be too much of an issue. But it’s better to be safe than sorry.

Ensure your app design can be adapted to take into account the differences in character sizes between languages. Most commonly, Latin alphabet letters and Chinese characters, not to mention languages like German where word lengths can increase by up to 30% after translation! 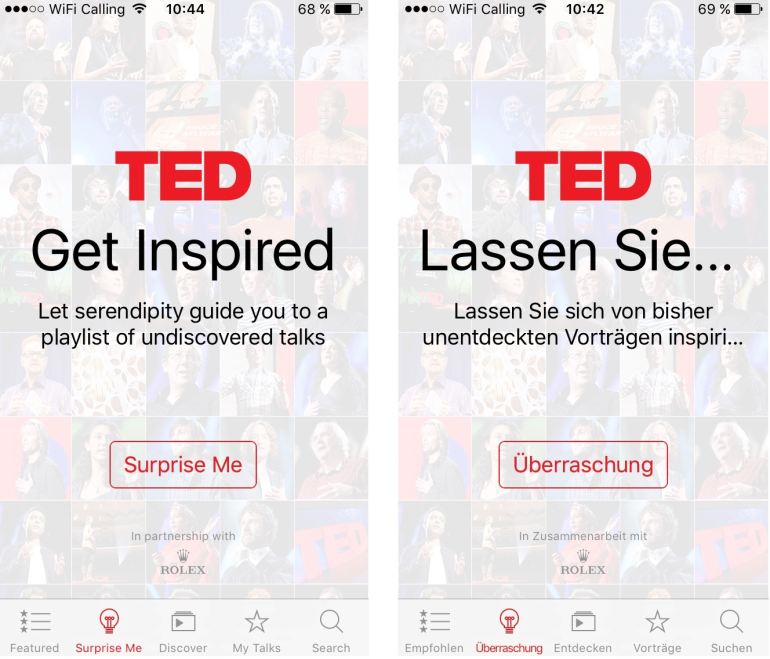 A cautionary tale for mobile app developers when it comes to text expansion between languages.

Efficiency, consistency and control. These are the cornerstones of any localisation process. Investing in an agile translation management system (TMS) will be essential in ensuring that your app goes to market as quickly as possible. A TMS allows for an automated translation process where content can be sent to linguists to be translated, reviewed, edited and sent back to your product managers to review and release.

Your TMS should have a myriad of core functionalities as standard. Communication between linguists, QA and project managers on projects are fundamental. Collaboration on this scale, especially on large projects, will reduce confusion, help you avoid translating the same content twice, necessary revisions which all help to reduce costs and increase speed to market.

As an app developer, you should aim to have content automatically synced between your TMS and code repository once translations have been approved. This is where integrations play a vital role. Translation software designed to support integrations that allow you to easily import and export translations to your repository will save you time and money.

If you’re updating the content of your app regularly, try looking for a TMS that easily downloads your project strings, either to a single file or by using previously assigned names via an API. A feature-rich API should allow developers to perform major tasks including file import and export, launch projects, view translation updates and more. 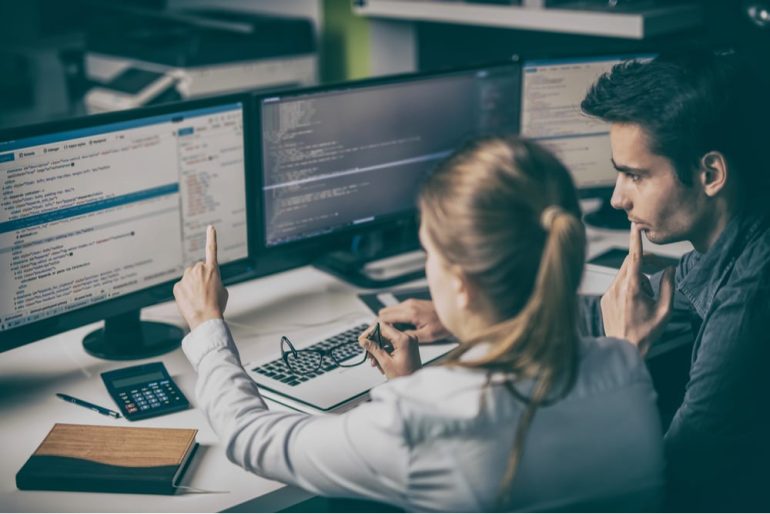 Finding the right integrations for the localisation process will play a pivotal role in the effectiveness of your app localisation strategy.

Rich media content should also be front-of-mind. You’ll need to ensure image files are easy to access so linguists go through the necessary cultural sensitivity checks. Image localisation faux pas can be just as jarring as linguistic ones.

When it comes to translating content, you can either recruit an in-house translation team yourself, partner with a professional language service provider (LSP) or both! Some large companies hire in-house localisation teams and opt for additional support from a third-party LSP. Whatever your decision, it’s always best to think of the scale of the project and your available resources.

Having an in-house team localise your content will add a significant cost. Partnering with an LSP can be a cost-effective way to access linguists, project management and translations software without having to recruit and manage an in-house team.

Then there’s the app store platforms to think about. Localisation doesn’t just stop at your digital product. You’ve also got to think about how you’re marketing your app in the ecosystem where it’s going to be found and downloaded.

Localising your app description will be key. Then you’ll need to consider all the other elements required to optimise your app’s presence in the app store including keywords, screenshots, videos and app previews.

You might even want to test how different screenshots or video previews impact your conversion rate for downloads. When Spanish mobile game developer, Social Point, released its Dragon City title in France, downloads increased significantly when using screenshots of actual gameplay. The US, however, preferred the more traditional screenshots with descriptive text.

Has the localisation of your mobile app compromised its performance? That’s where the smoke test comes in. You won’t need a tester that knows the language specifically. Ideally, you want a tester that’s familiar with the mobile app and its functionality, especially when particular actions are performed.

These minimal test sets are carried out internally to assess the stability and overall functionality of the software. Ultimately, this is where you want to prune out the major bugs in terms of user experience outside of assessing if the app has been localised correctly.

Once you’ve sorted out the functionality of your app, it needs to pass the beta test. This is where you get feedback from testers who are native speakers of your target language. This is the final check to ensure your app has been localised correctly and is ready to be pushed to the app store.

You can source external beta testers or use in-house ones if you have employees who are native speakers. Either way, you’ll need a process where you can distribute your app and collate and organise feedback in an effective way.

In-app feedback tools help developers effectively communicate with testers while getting the appropriate feedback from testers in one central location. Feedback can then be collated and distributed to developers so they can process the necessary linguistic changes before another round of testing.

Apptentive, Uservoice and Survicate are just a number of platforms on the market for developers to choose from. An additional benefit of in-app feedback tools is that they can be used to collect feedback on your app’s performance and functionality throughout its lifecycle.

This will come in handy when you need to update your app to implement bug fixes, improve functionality and introduce new features according to user feedback.

Now that you fully localised and optimised your app for a new market, you’ll need to add the localised version to the app store. Both Apple and Android allow you to add localised metadata, keywords and screenshots to different locales to aid in discovery.

Make sure you’re following the necessary app store optimisation best practices for each app store. Apple has its own detailed internationalisation and localisation guide and Android has an in-depth checklist that app developers can use to identify the unique aspects of localising and launching an app on its platform. 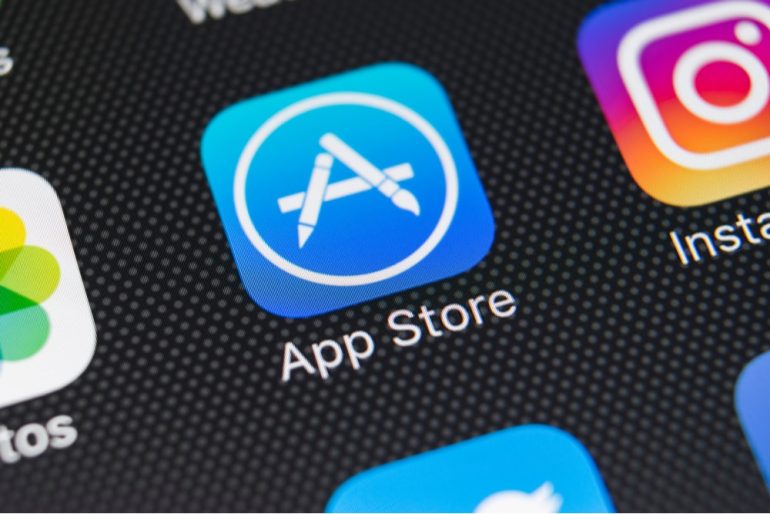 Once you’ve submitted your localised app to the app store, you’ll have to embark on a whole new marketing strategy to reach new users in the market. Image credit: BigTunaOnline – Shutterstock.com

It’s never been easier to connect with potential users online and social media is a great way to market your app to new users. You may have limited organic reach in your new market, so it’s worth considering paid social and even local influencers to help you get your message out there.

Most app websites only consist of one or two pages optimised for a few keywords with easy to spot CTAs directing users to the appropriate Android or iOS store.

It’s important that you communicate your app’s features and benefits in the local language to persuade users to download it and your website will allow you to publish more content than you can display on the app stores.

Don’t forget to make use of your in-app feedback tool to trigger in-app messages and incentivise users to give feedback and reviews. This will be vital for you to measure the success of your localised app as you continue to improve on functionality throughout its life cycle in each market.

If you want to build loyalty in new markets, getting mobile app localisation right will be crucial to your success.

The majority of global users connect to the internet via a mobile device and with the value of the global app market estimated to reach $407.31 billion by 2026, it’s essential that you get mobile app localisation right in order to achieve success in this lucrative market.