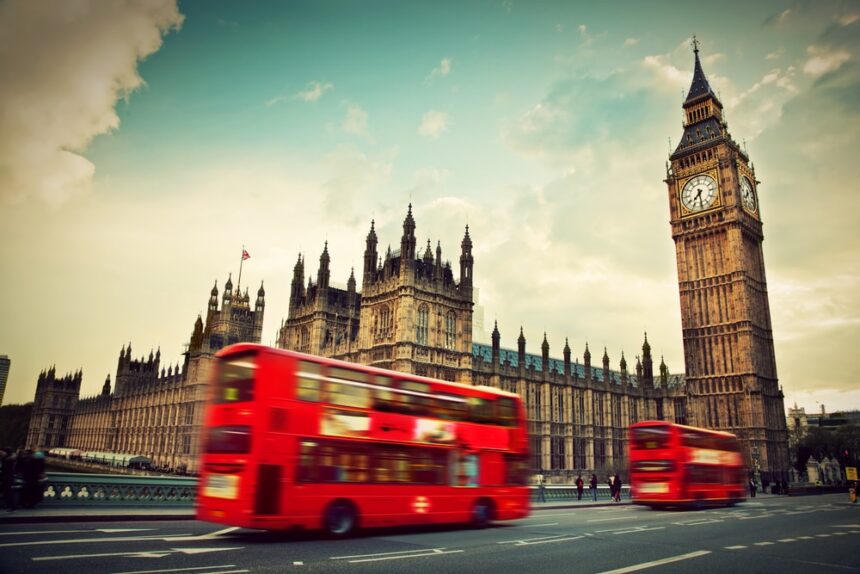 Britain has a reputation for quality manufacturing and goods made in Britain are not only considered to be desirable across much of the world but the ‘made in Britain’ label also commands a premium in many markets.

For wealthy and middle class consumers in many emerging markets, buying a piece of brand GB is considered a way to access quality products while displaying a sense of sophistication and class. Whilst traditionally this has meant things such as the cachet of an English education or luxury fashion such as Saville Row suits and handmade shoes, less affluent consumers in emerging markets are increasingly interested in purchasing British goods.

Smaller brands and those targeting the middle-class consumer, rather than the massively wealthy, have increasing opportunities in emerging markets. But not all brands are making the most of these opportunities.

Many UK brands are still failing to provide websites that are localised for international customers; presenting a huge barrier to global success.

This includes brands that are already popular with major overseas markets, such as Fortnum and Mason. The traditional luxury grocer exports to many countries but all the online services are provided only in English.

Traditional English shoe manufacturer Crockett and Jones offers only French and English versions of its website, despite selling to consumers in many other countries. The brand uses a wall of text to drive online customers towards its mail order service, which leads to a form only available in English. That a pretty big disconnect between a brand that’s actively selling in most of the world’s major cities and a lack of provision for many of these consumers in their native languages.

It’s a similar story with another traditional footwear maker, Bodileys. Despite exporting 80% of their English-made shoes overseas, there’s no provision for foreign languages, a fairly limited amount of information about footwear sizing, and some instructions about how to tackle getting your returns through customs.

The need to export

In 2014, the UK ran a substantial trade deficit despite being the tenth most significant exporter of goods (and the third largest of services) globally. According to a government report by the Department for Business, Innovation and Skills, the UK is particularly well placed as an exporter in certain sectors.

There are strong international prospects in luxury goods and in areas with a fast-growing base of new middle-class consumers. These include food, FMCGs, fashion and leisure.

The perception that Britain produces reliable, quality goods and offers creativity are some of the reasons why these areas are particularly promising.

The UK is also supported by such factors by being one of the world’s largest exporters of entertainment and host to a major world fashion scene.

Five key markets have been identified as being ones to prioritise based on a number of factors including population size, market attractiveness, and market saturation. These are Brazil, India, China, Russia and Mexico. However, the BRICs (Brazil, Russia, India, and China), Mexico and the CIVETs (Colombia, Indonesia, Vietnam, Egypt, Turkey, and South Africa), are also considered to be viable targets, as they have a pre-existing awareness of UK brands and are fairly open to trade.

Whilst Colombia may not seem an obvious target for UK companies seeking to export, there’s some evidence that Columbian consumers may be particularly open to the idea of buying British. Local businesses already try to incorporate what’s perceived as British values into their brand: a local shirt maker calls themselves ‘Camiseria Inglesa’ (‘English shirt tailor’), and boasts on its website that it wishes to convey English values in its apparel.

Despite the brand capital that Britain seems to carry in Colombia, those UK companies currently active there aren’t always making best use of this element to their identity.

Whilst many brands seem keen to sell in these markets, there is sometimes a reluctance to localise the offering for the local market.

This can mean adjusting the brand story to make it clear that the brand has British heritage, or to localise the website so that local consumers can find out more about it in their own language without having to go through the English version of the site.

With the prospect of growth being offered from overseas markets, why aren’t more of the UK’s smaller businesses going into foreign markets? The reasons are complex and include a low appetite for risk, a lack of skills and knowledge, and lack of upfront financing. But on a practical level it may not be feasible for companies to venture overseas unless they have very deep pockets.

Classic folding bike brand Brompton takes a slow growth approach to moving overseas. The brand has identified that it takes between 3 and 5 years in a new territory before it really starts to see sales. Brompton relies heavily on word of mouth for making sales, meaning it’s an extreme case when it comes to capturing new markets, but overseas expansion is just considered too risky by many UK businesses still struggling with the difficult economic conditions at home.

Although the UK government is keen to stress that exporting needn’t be costly, for many companies the costs and time taken to manage returns can be intimidating.

There are some ways around that. Clothing retailer TM Lewin started its export journey in Singapore, where there was an existing expat audience who had some familiarity with the brand. This was a helpful factor to penetrating the market as it meant the brand wasn’t going in to a market where they were completely unknown locally.

But not all brands, however well-known at home, have this advantage. British brands may be completely unknown in many of the most promising export markets, meaning there’s a high barrier to entry. Whilst British brands seem to be well-favoured abroad for their national reputation, some of them need to work harder than others to assert that heritage in order to attract and retain new customers across the globe.