The Central and South America regions comprise 18 independent nations. While these countries may share borders, each has a unique history and culture.

However, it should be noted that in some countries internet connectivity is still patchy. For example, a blogger from an indigenous community in Bolivia may have to travel three and a half hours by bus to reach the nearest city and upload his blog posts.

When comScore analysed which 20 countries spent the most time on social networks in the month of April 2011, five of them were from South America. Argentina came in at number three on the list at 8.4 hours, followed by Venezuela (6th) and Colombia (8th) at seven hours; Chile (9th) 6.7 hours and Peru (18th) 4.9 hours. Brazil, with 4.4 hours didn’t make the list.

Google+ is used by many in the region, especially Argentina, where more than 825,000 people have an account.

“In Costa Rica, blogging is used as a way to lift the lid on corrupt practices.”

In Costa Rica, blogging is used as a way to lift the lid on corrupt practices. One of the most popular blogs, El Infierno en Costa Rica, is published under the pseudonym El Chamuko. It uses popular Costa Rican blogging platform TicoBlogger, which allows bloggers to distribute content over social media channels.

People in Peru, Brazil, Colombia and Chile are more open to being contacted by brands on social media channels than they are resistant, which isn’t surprising as around 46 per cent of the Central and South American market talk about brands over the internet (Argentina lead the way, with 25 per cent of the population discussing brands online).

Brands viewing the area as a single region should think again – the top brands in social media in each country are different. McDonald’s Costa Rica is nearing 152,000 Facebook fans, whereas Pizza Hut El Salvador has over 197,000 fans. Claro, a TV and phone line provider popular on Twitter in Brazil (the result of a partnership with Ronaldo), is the most popular Facebook brand page in Guatemala (almost 442,000) and Honduras (just over 246,000). Fashion brand Loveableis the most popular brand page in Nicaragua (nearing 130,000) and beer producer Quilmes Cerveza is the most loved page in Argentina (at 1.9 million fans and counting). Cinema chain Cineplanet is the most popular brand page in Peru with around 1.2 million fans.

In 2010 South American retailer Homecentre Sodimac ran a successful social media campaign called ‘The man who gave everything away’. A Colombian man woke up one morning and deciding to give all of his possessions away. He set up a Facebook page and uploaded videos to YouTube detailing his plans. The Facebook page gained an average of two fans every six minutes, and the page was viewed almost 350,000 times. On the day itself, people lined-up outside the man’s house and took away all of its contents. Once his house was empty he revealed he’d done it because ‘the Homecenter House Season is the best excuse to renovate your home at the lowest prices.’

Social channels are being used well by regional brands such as Claro. Claro Guatemala has been praised for its use of Twitter as a customer service tool. It responds to customer questions within 21 minutes of them being posted, and has a response rate of almost 97 per cent. But global brands are also using newer social platforms to reach local consumers. Peugeot Panama uses Pinterest to visually engage fans in the story behind their cars, but the brand also tries to make the experience interactive. By turning some boards into a puzzle that users have to complete by creating a board of their own and finding the missing piece on the Peugeot Panama website or Facebook page, the brand is drawing fans to its other social presences, and its commercial website.

Wooden toy maker Tegu was established to tackle the unemployment problem in Honduras. It uses Twitter, Facebook and YouTube to spread the word about its product and the impact its production is having on the people of Honduras. The brand has even used live streaming to engage its audience.

The languages and cultures of South and Central America are incredibly diverse, and have been shaped by colonisation and, in many cases, immigrant settlers intermarrying with native tribes over the centuries. The result is a richly diverse ethnic and religious mixture.

Eleven Central and South American countries have Spanish as the official language: Costa Rica, El Salvador, Honduras, Nicaragua, Panama, Argentina, Chile, Colombia, Ecuador, Uruguay and Venezuela (although there are over 40 indigenous dialects spoken in Venezuela that are also classed as official languages).

Argentina is another country with Spanish as its official language, but English, Italian, German and French are also spoken.

Bolivia has three official languages: Spanish, Quechua and Aymara. Guatemala has two, with 60 per cent of the population speaking Spanish and 40 per cent Amerindian.

The people of Paraguay have both Spanish and Guarani as dominant languages. Spanish and Quechua are the main languages in Peru, whereas Portuguese is the official language of Brazil.

Belize has English as the official language and Spanish, as well as native tongues like Mayan, Garifuna and Creole, as less dominant languages.

Suriname, has Dutch as its main language (over 60 per cent of the nation speak it) and Sranan Tongo, Hindi, Javanese, Maroon and other indigenous languages spoken.

Culture is again, very diverse. Due to varying colonial influences mixing with different local indigenous populations, each nation has its own vibrant and unique culture. There are a few cultural traits and activities that are common to many countries in the region.

These are held in many Central and South American nations. The word Carnival is rooted in Catholic tradition and refers to the days leading up to Lent, which has historically been a time of feasting before abstaining during the 40 days of Lent.

However, this period of feasting is also seen in non-Christian tradition as a celebration of seasonal bounty. For this reason, many of the largely Catholic Central and South American nations have pre-Lent carnivals.

El Salvador holds many festivals throughout the year, but its main carnival is the Carnival of San Miguel – a seven day event held in November that celebrates the patron of the population, Our Lady of Peace. Guatemala holds an annual eight day Carnival in Mazatenango, which is seen as a way to get all of the excess partying and feasting done before Lent begins. Panama’s “los Carnavales” celebrations are the largest festival celebrations in the country, starting four days before Ash Wednesday. The Carnival of La Ceiba in Honduras is the largest Carnival in Central America. It’s held in May, and honours the patron saint of La Ceiba, Saint Isidore the Laborer. Arguably the most famous carnival in the world is Brazil’s Rio Carnival held for four days in the run up to Easter. The Rio Carnival attracts approximately 500,000 foreign visitors a year, and attracts worldwide coverage. Colombia’s Barranquilla Carnival is another one that lasts for four days before Lent. The event has been declared a World Masterpiece of the Oral and Intangible Heritage of Humanity by UNESCO. The Venezuela carnival lasts for two days before Lent and is regarded in the same way as Christmas, with people choosing to celebrate with family.

Carnivals are also held at other times of the year for different reasons. Belize holds its main carnival on September 10th to celebrate the 1798 victory of the Battle of St.George’s Caye – when the British settlers prevented a Spanish invasion of Belize from Mexico.

Costa Rica has festivals and carnivals throughout the year, most notably the Puntarenas Carnival, which is a vibrant celebration of Costa Rican culture lasting 10 days in February. Argentina’s main carnival takes place in Gualeguaychú and is now known as ‘The Carnival of the Country’. The Punta Arenas Winter Carnival, which was only established in 1997, has become a national event for Chile (and visiting Argentines). Paraguay’s Encarnación Carnival is the highlight of the country’s festival season. The Cajamarca Carnival is Peru’s month long cultural celebration, which features mass water fights and traditional gift giving. Uruguay has the longest Carnival season in the world, lasting all summer.

Nicaragua’s longest Carnival is held in the city of Bluefields and lasts for the entire month of May (although the major events are at the end of the month). The carnival, Palo de Mayo, is celebrated as a tribute to an African goddess of fertility. The Carnaval de Oruro is Bolivia’s largest carnival and celebrates Pachamama (Mother Earth) and Tio Supay (God of the mountains). It’s a traditional Uru celebration. Ecuador’s festival traditions pre-date the arrival of Christianity, the largest is La Fiesta de la Fruta y las Flores (Festival of Fruit and Flowers), held in Ambato. The nation’s children also engage in vigorous water fights during the festivals.

Football is tremendously popular across Central and South America; in fact there are only three nations where another sport (baseball) is more popular, they are Nicaragua, Panama and Venezuela.

Football even lit the fuse that caused a brief war between El Salvador and Honduras. The four day conflict, known as the Football War, took place in 1969 and the resulting land disputes are still unresolved. The war was caused by overpopulation in a land poor El Salvador and disputes with its more sparsely populated neighbour Honduras. It was in this environment that the two nations faced each other on the football field, twice. Both matches resulted in fights breaking out amongst the fans in attendance, and violence away from the arena. After El Salvador won the second match the country dissolved all ties with Honduras, accused it of genocide and demanded reparations. National press fed the bad feeling and two weeks after the last match El Salvador invaded Honduras.

Several Central and South American nations are using social media to tackle social problems and boost the economy. NGO, the organisation for youth empowerment, is using social channels and blogging to highlight its work in Honduras. The three most popular Facebook pages in Belize are all local hotels and Nicaragua is using Facebook to promote tourism. However, social media cannot reach all areas. In December 2011 the Colombian army sent messages to rebel FARC solders to demobilise and return to their families for Christmas. It did this by putting the messages into Christmas ornaments and letting them float down river into occupied jungle. 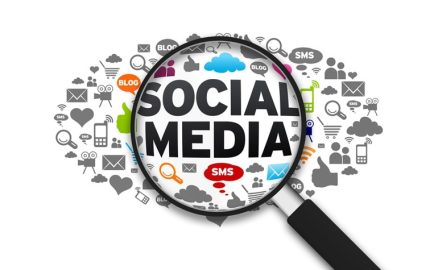